Roleplay is an aspect of gaming that always attracted me. Whatever the content might be, I enjoy becoming the character I play and giving him substance; a past and a future.

Let’s dive in the life of a pilot in Elite: Dangerous. 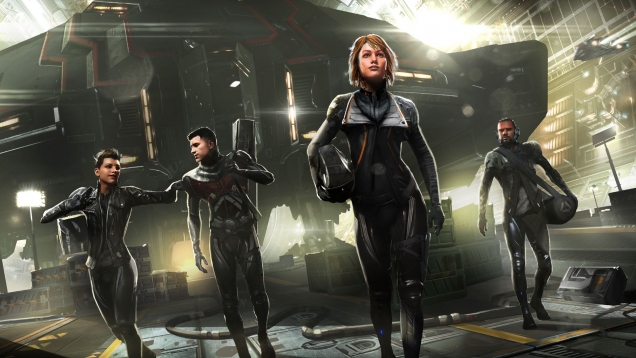 Whether you’re a dwarf, a space marine, a murloc, an assassin, a worm or a pilot-commander, the character you play has a life of his own, skills, a behaviour, affinities. Just like you actually. This is what we call immersion, you embody your character. Many universes will allow you to become a persona in order to enact his/her adventure.

Maybe you’ve started roleplaying accidentally by screaming “Lok’tar” near Orgrimmar in World of Warcraft, or “Sul sul!” with your The Sims avatar? Well, you’ve become a roleplayer. Many people play it like this, unaware of it perhaps, while some others are more active and play their character during each game session.

Some are secretive about their roleplay and keep it for their private group. Communities are often mixed nowadays, and it may be difficult to find one or more people sharing that way of playing. Many times, starting a Roleplay introduction with the wrong audience will result in a negative response: “lol”, “sorry, I have my aquapony lesson in 5, gotta go…”; worse, you might be ignored.

Reply in character, even briefly, to the players engaging in RP with you! It will make the in-game universe more vivid for everyone 🙂 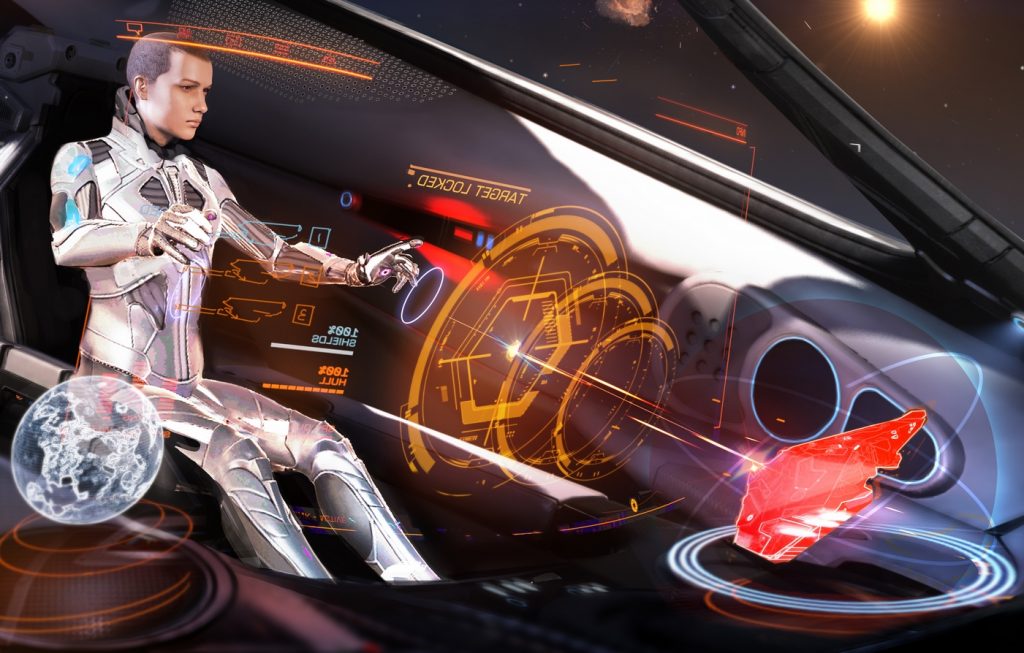 Roleplaying game is a hobby, a passion which requires more time than that of a simple game session. Your character must have a grasp of the universe in which he evolves, just like you. You will sculpt your character through his/her actions and words.

There are two types of content intertwined to create complex stories: the game content, and the player content. It’s about using the game features and blending your character’s and/or your group’s stories within the game’s.

A lot of new contents are created this way and some can be labelled as emerging content. It’s a new form of gameplay created by the players, enable by the game features. Examples: Iridium Wing escorting explorers, The Fuels Rats dedicated to convey fuel to stranded ships, Cannon Interstellar Research specialized in scientific researches and experimentations, etc. 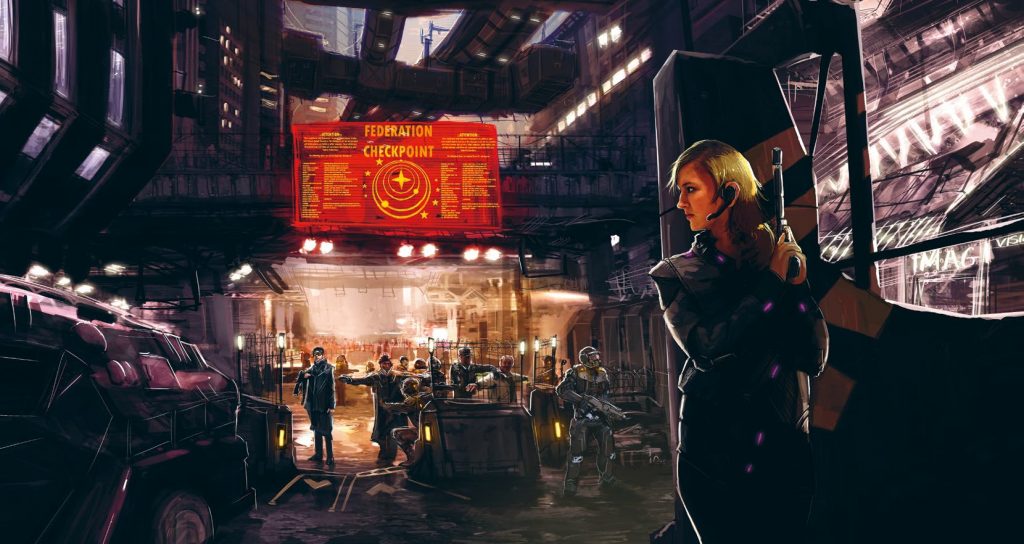 A few rules on Roleplay

In Elite: Dangerous, every player starts as a pilot. You either have been officially trained, got a license, or you learned by yourself… In any case, you know how to fly a spaceship in the 34th century!
Then you can define his physical appearance through the in-game Holo-Me feature.
It would be wise to first work on the story of your character, so that you have a better idea of how is appearance may partly convey it.

Here are some basic characteristics that will help you shape your character: 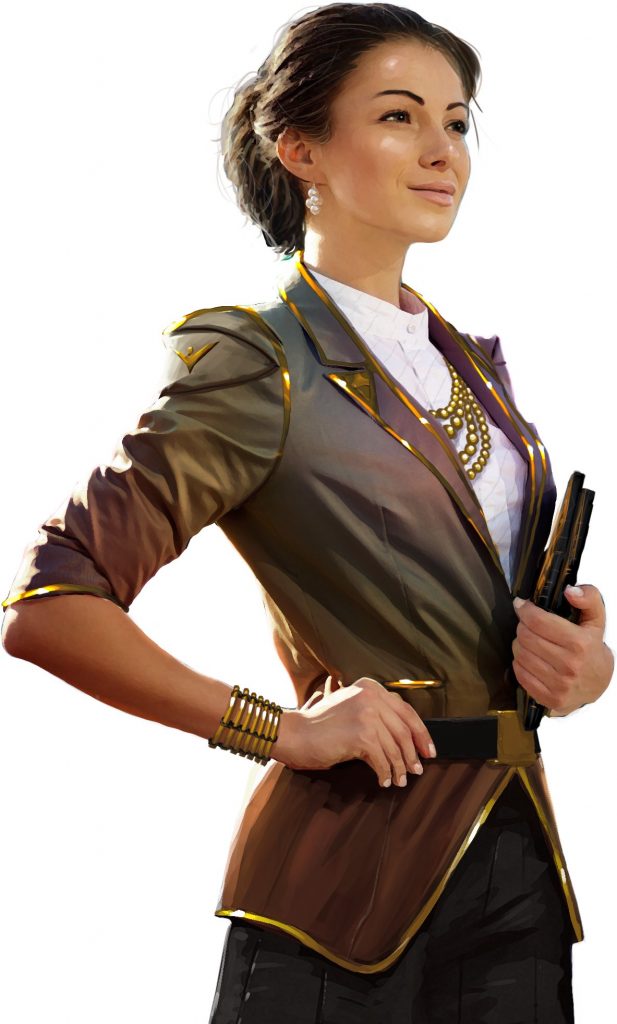 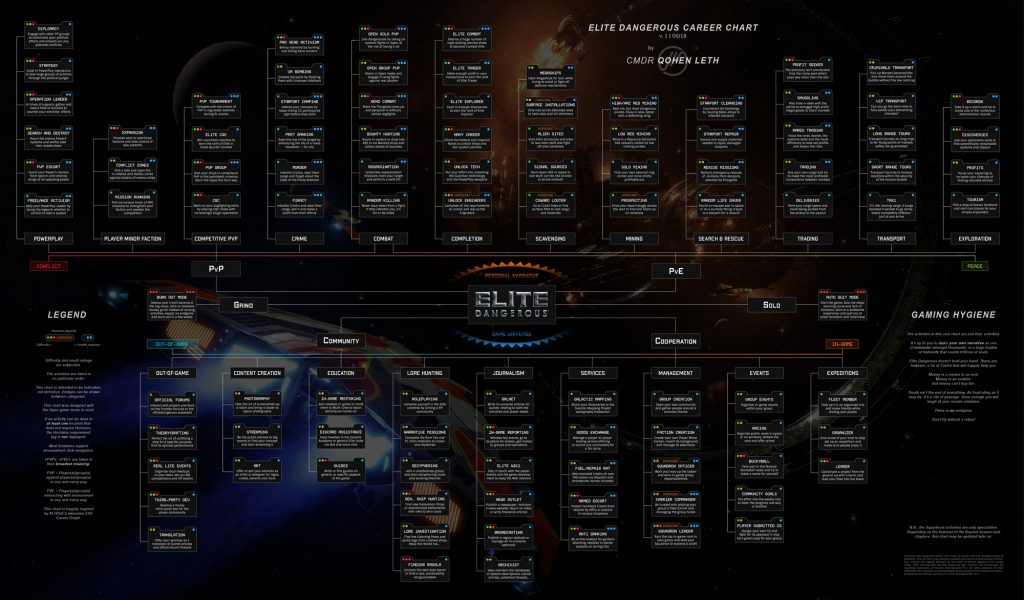 Once your character’s looks and basic personality built, you could add some interesting personal details.

Once you have an idea of who your character is, you could push your story further by adding dates, locations and even other characters.
Let’s have a look at the tools to help discover more about Elite: Dangerous and its lore. The Lore is the History of the game universe. 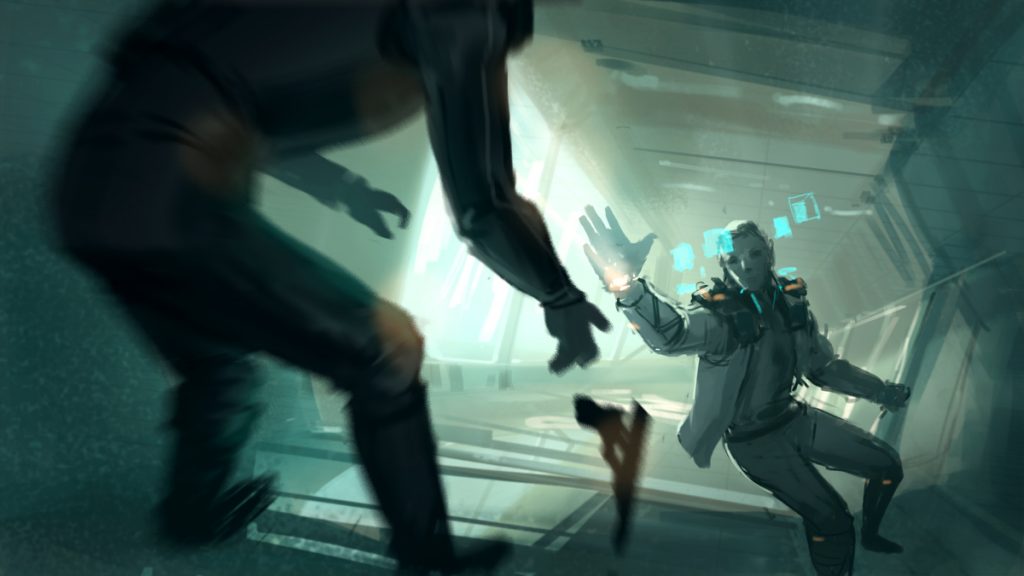 Content creators have built numerous tools and guides in order to support the Elite:Dangerous community.
Here’s a list of article I recommend you read in order to immerse yourself in the Lore of the game.
Roleplaying is a also about reading a lot, so better start now! 😉

Let me know if you want your Roleplay group to be featured in this list.

Here are some sentences I use frequently in game to liven up the local channel and make contact with other pilots.

As you may have noticed in the Tools section of this article, many players groups are roleplaying in Elite: Dangerous. Feel free to learn more about them and to contact them to start your game sessions.
I’ve also developed with Olivia Vespera, an online roleplay system, “EDRPG-RI”, based on the official Elite: Dangerous Role-Playing Game. You will be able to start a character and join a dozen french roleplayers in their adventures!

It’s a roleplay sandbox in which you’ll be able to let your character live freely. Whether you are your way to Beagle Point exploring, joining a mining operation, aiming at capturing a spaceport, trying to seduce a pretty bug dangerous imperial spy, appraise and speculate on the intergalactic market, communicate with an intelligent non-human civilization on some planet… Let your imagination take over!

EDRPG-RI is taking place in January 3303: Arissa is the Emperor, Zachary is president of the Federation, the Thargoids and Guardians have been heavily rumoured already, Salome is still alive and Ram Tah has just started his ancient Guardians sites scanning operation. Even though times is running a bit faster than real life, it would still take a while to catch up with the current 3304 discoveries.

▲ Important, this is only in French at the moment, contact me if you would be interested in running scenarios with other players! Olivia has developed the project further while adding EDRPG’s supplements. I could create some space in the Remlok’s Discord for you to start playing with other Roleplayers.

► EDRPG in English, but I can’t guarantee this one to be fully playable ◄ 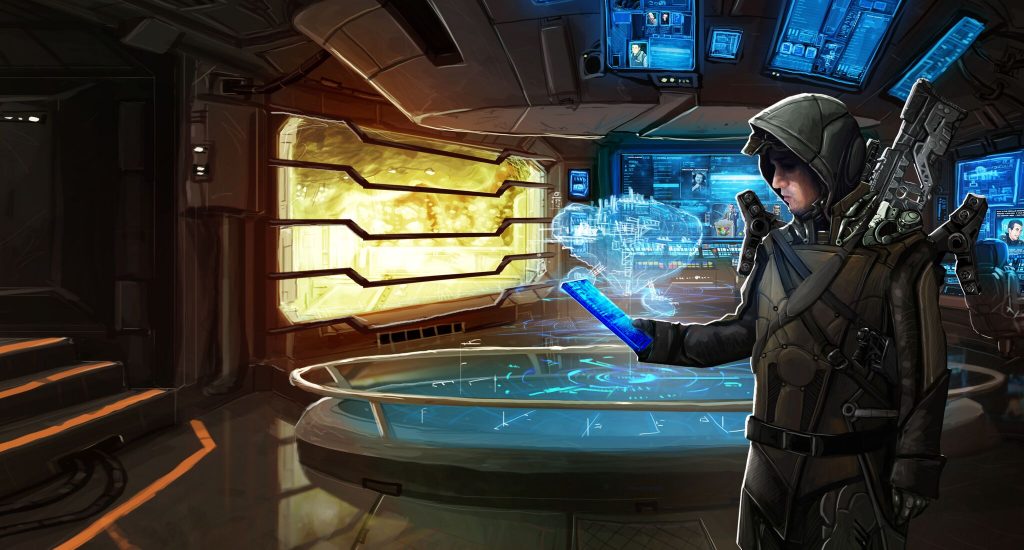