The Children of Raxxla & Salomé

She is quoted everywhere these days, because of her past actions: “Salomé“. The former Empire senator has a chaotic history, she promises to deliver “the truth, the whole truth” that the superpowers have long been hiding from us. The previous researches in distant space, by the Children of Raxxla, have been apparently falsified in Galnet to make them look like they do not contain any interesting information. We played her event on the 29th of April.

Note that I didn’t include every info from Drew Wagar‘s book Reclamation. It would be way too long. The novel exists for a purpose 🙂

Some points may no longer be accurate, due to changes in the Lore made by Frontier. Some pieces of the Lore my have been removed by the superpowers themselves or another group in the shadows. I’ll keep Elite lore as it is and will update it if points turn out to be wrong now. 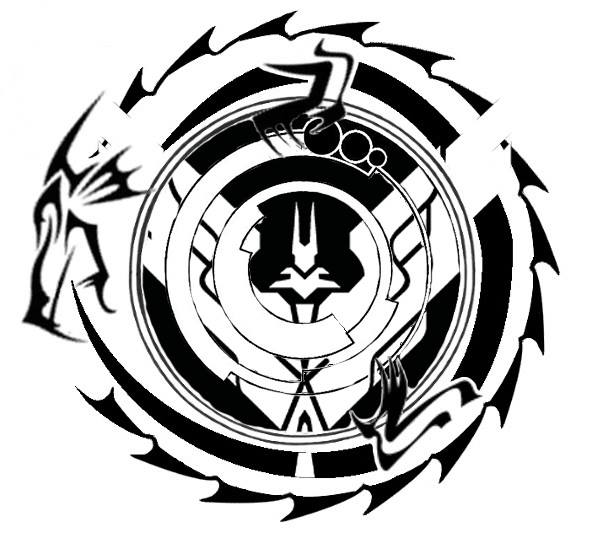 The Children of Raxxla – Dark Wheel

There is a senator, formerly known as Princess Kahina Tijani Loren, from an affluent Empire family. From the time of her birth in 3275, Kahina was raised according to the Imperial doctrines: code clothes, voice intonation, relationship with slaves, decorations… Her father, Senator Algreb Loren, was high ranked into the Empire’s affairs, and also had two other elder daughters who were promised to arranged marriages, in order to expand his political influence and get various allegiances.

Except during the ceremonies, the princess didn’t see her parents a lot, they were too busy managing their political lives. She was described as cold and distant, with a very keen mind and sharp words, which regularly brought her some problems. She was sent to a school where she could channel her sense of rebellion and disdain for her family. Extremely gifted, she was quickly put forward by her intelligence and high skills in weapons handling, which made her sisters horribly jealous of her. Her apprenticeship continued, in hatred and success.

It was in 3297 that her father invaded the Prism system in order to arrogate to himself the Lands of the Federation, hitherto totally turned towards agriculture. An immense deposit of Tantalum was found beneath the surface, attracting the senators’ desires… but it is Algreb who took the Prism system to recover this precious metal. The latter is very important for the new hyperdrive technology, allowing to navigate in minutes between systems instead of several hours. The assault was made by Admiral Brice, who commanded Algreb’s fleets. The battles were won and this magnificent system was seen as the central point of the development for the Loren family. Here, they reduced a large part of the Federal population into slavery with the aim of serving the Empire and the Loren. A huge palace was built on the planet Chione so that the entire family could move to its new quarters. 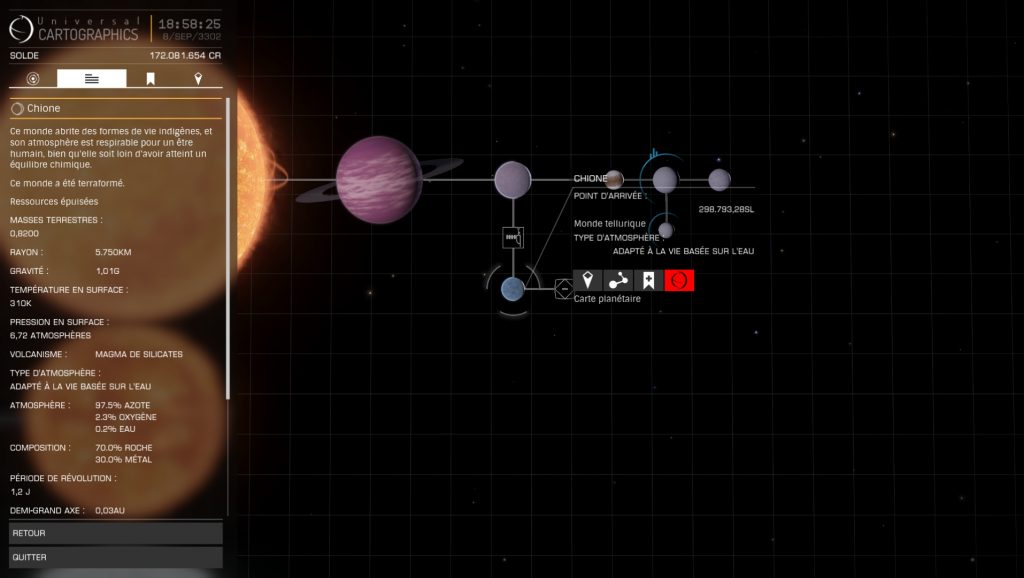 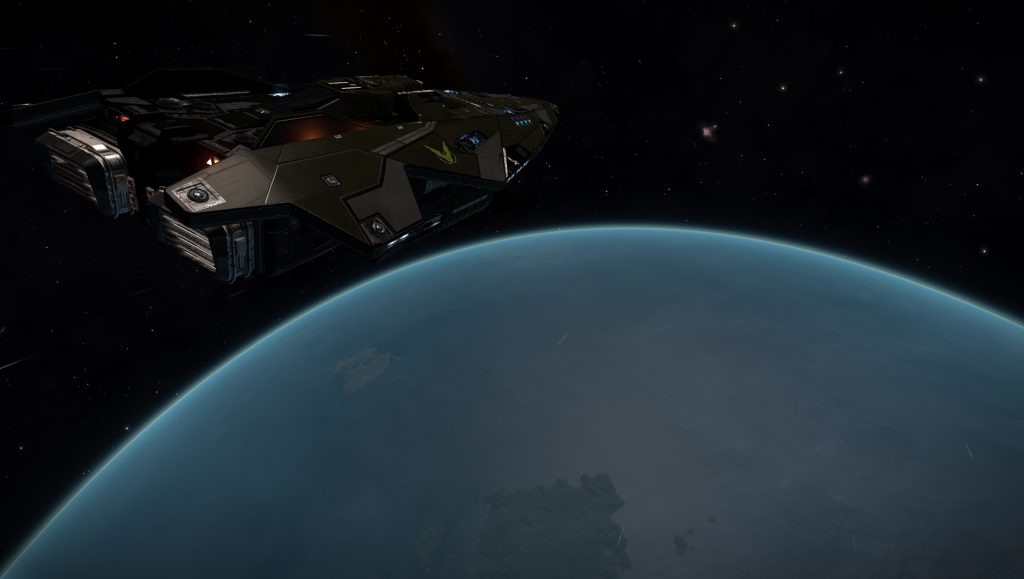 Following the mistreatment of the slaves and the bombardment of civilian areas, revolts broke out. The latter were severely reprimanded and almost all the inhabitants of the moon where the Tantalus was mined were killed. The survivors entrenched themselves underground to form a resistance movement. The latter launched many unsuccessful raids, but the scales quickly leaned in 3300 during the “Reclamation“: during this fruitful assault on the Loren Palace, Senator Algreb, his daughters Corine and Tala and most of the servants were murdered. Many people reported seeing the remains of Princess Kahina as well, but other voices were raised and rumor ran that she had escaped before the Reclaimers’ assault, leaving the Federation’s system.

Several weeks passed before a message was captured and identified as sent by Kahina Tijani Loren. She asked Admiral Brice to attack and retrieve the Prism system with all available forces. Thus a new battle was fought between the Federal Reclaimers and the Loren Empire, for the recovery of Prism. The battle was very tough. Hundreds of lives were lost on both factions. Kahina herself executed the leader of the Reclaimers before resuming her place on Chione. She was 26 years old, the youngest of the senators of the Empire, in 3301, after having liberated the population of the Federation from the hold of the Reclaimers.

The young senator was then asked for on the Achenar system, the Empire’s Core cystem and the Emperor’s living place. She appeared little during public lectures, and even withdrew from appearances with the other senators, when they swore allegiance to the service of the Empire. Worried about seeing her get out of the way while the young senator should have appeared in various speeches, security went knocking at the door of her residence, hoping to get answers… but she wasn’t here! The apartment was found in impeccable condition and its newly-appointed vessel, an Imperial Clipper, had not moved from its platform. Everything was searched from top to bottom, from her residence to the ship. It was in the cockpit of the latter that one discovered her senator’s tiara, as well as a logo stamped with the name “Salomé“. The symbol represented a dark organisation called The Dark Wheel (Shinrarta Dezhra System). 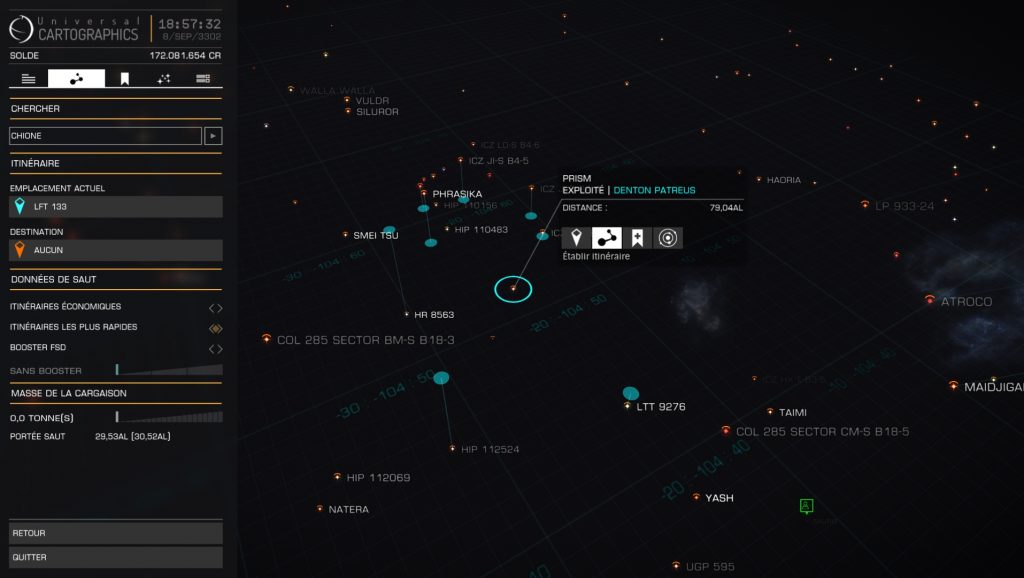 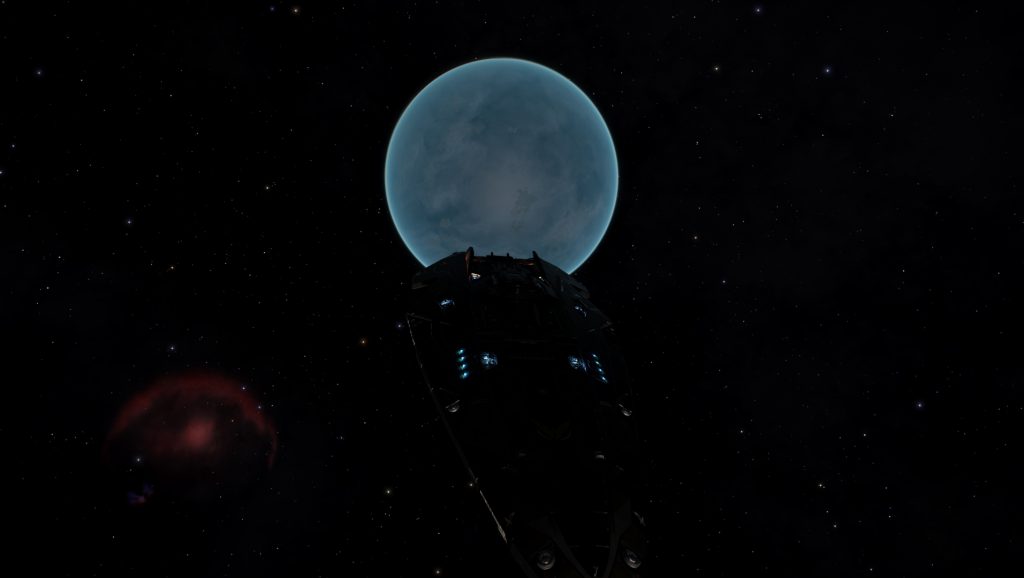 Senator Patreus therefore called for the Prism system sector to become sovereign of this very profitable place. No sign of Kahina’s life was detected for three months, until the end of the year 3301 where a group named Children of Raxxla declared to have as leader a woman named… Salomé. The hologram attached to this statement was in fact the senator’s words that the human bubble was under the grip of dark designs and that a secret organisation currently controls the major powers.

She encouraged people to join the Children of Raxxla and “fight for freedom, fight for peace, and fight for a stable and prosperous future so that your children and your children’s children can live in a better world.”

Citizens of the Empire, Peoples of the Federation, the Alliance and those from the Independent worlds. I call out to you at a time of great galactic turmoil.

Our great organisations have a bloody history, but we had achieved a relative peace; an understanding between the Empire, the Federation and the Alliance. But now our leaders have fallen to fighting and squabbling over territory, waging petty wars, wasting lives and resources, setting sibling against sibling, parent against child… and for what? A few lines on a chart; gains and successes that are wiped out within days. Thousands have already died in the name of these Powers.

Our peoples all suffer under their leadership. I know there are many of you who desire peace and would take a stand against this infighting. Who no longer wish to be pawns in their game.

Now is the time. Show the void there is an alternative to the constant Pyrrhic ‘victories’ we endure week after week as systems are taken and lost at the whim of those who care nothing for the plight of those affected.

Join us. Become a child of Raxxla.

In 3302, Salome was found on Beagle Point, accompanied by the Children of Raxxla. She made contact with explorers present during the Distant Worlds expedition, in order to send them the same words as before. She had to hurry back to the human buble of Sol in order to deliver a message of the highest importance to the human population.

Following this, the messages did not spread as much as Salomé would have liked, the major powers blocking her transmissions. The Empire went far in the censure and published two notes (here and here) on that person and her statements, depicting Salomé as a bad person. She was thus dragged into the mud, judging her actions as vile and against the principles of the Empire.

Galnet News reported that “Kahina had only ordered the murder of her family so that she could claim the Prism system for herself only after her father bombarded the population. Liars, and manipulative minds that must not be relied upon. She threatened the balance between Empire and Federation by starting a war on the Prism system, it is because of her that innocent people died. It is also said that the senator tried to become Emperor at the moment when the Empire was weak and obtained the favours of the citizens. Kahina is only thirsty for blood, ready for anything to obtain more power and nothing will stop her in her ultimate goal, for the search of absolute control.”

Recently this year 3302, some pilots from the galactic community found her on the Cemiess system. She hastened to deliver her message by announcing that the Formidine Rift expedition is of capital importance. Something is to be found in this place. Something that the powers do not want to be unveiled. Just before being attacked by the Empire’s ships, Salomé succeeded in sending the following important words:

Bring the word to the Children of Raxxla… tell them I have new information: The Formidine Rift, Hawkin’s Gap and Conflux are connected by strange facts in the Pleiades.

Oddly the same day, Senator Denton Patreus narrowly avoided an assassination attempt! On September 19th, the mystery is lifted, it is said that the attack has been perpetrated by Salomé who wanted to attempt at Patrus’s life, with the group of the Emperor’s Dawn! She is judged on Achenar, despite the support of the ambassador Delaney and the other citizens of Prism – GalnetNews

At the end of the year 3302, a Cobra bearing the name “Cor meum et animam” (My Heart and Soul in Latin) was added to the gigantic Tionisla’s ships’ grave a few months ago. Its beacon had been activated briefly to transmit “OTSEAFOTSEAF”, a repeating message on “EAFOTS”, named after a cluster of systems between the Sol system and the Heart and Soul Nebula. Perhaps there would be something there?

While the convoy ship was transporting prisoners, including Salomé, to Koontz Asylum prison, the latter was attacked and all the ships were destroyed by unknown forces on the Daibo system. No survivors of the tragedy, Kahina was presumed dead during the attack.

For many months, no news came from the supporters of Salomé, but on March 24, 3303, a gigantic theft of meta-alloys was perpetrated on Darnielle’s Progress of the Maia system. The CMDR Salomé was identified, thus revealing that she had survived the attack on the convoy!

Among these thieves: Raan Corsen, a former employee of Meta-Drive Inc. chased for sensitive information he would possess about the company. This company now belongs to Li Yong-Rui, but the former director died in troubling circumstances, facilitating the owner to Sirius Corporation.

Tsu Annabelle Singh is a young woman running some operations within the Alliance. She was also part of the group that orchestrated this theft.

An appointment was given to the Galactic community. Information kept secret for a long time will be unveiled and will completely change our vision of the world and the superpowers. See you on April 29th at 6pm (8pm Paris)! The venue will be divulged soon encrypted. The Superpowers, Smiling Dog Crew and The Code want to kill these people to claim the generous bounties on their heads. Defend Salomé so that the hidden truth may be revealed!

If Salomé dies, we will never know the details she wanted to share with us all this time. It is therefore crucial for the players groups to gather under the same banner, around this common objective.

► Now read the Aftermath, as the event is now completed.