The History of the Federation

Let’s have a look at the History of the very first human Superpower: the Federation.

This article will present everything you need to know about this major faction0 Some details might be unknown to you, we’ll details the History of the Federation for you: Its creation, progression, controversies and riddles…

Some points may no longer be accurate, due to changes in the Lore made by Frontier. Some pieces of the Lore my have been removed by the superpowers themselves or another group in the shadows. I’ll keep Elite lore as it is and will update it if points turn out to be wrong now.

The Federation is the oldest and largest of the three major powers occupying the human bubble in the Elite universe, for 1072 years! We are currently in 3302.

We can trace the very beginning of the Federation back to the year 2060, 20 years after the third world war had been declared following the disappearance of fossil energies and ever growing tensions. Large corporations controlled the human world, its resources and finances before this war, but no government was able to revive the world as we knew it. Various nascent groups took back the world to their desires and then, thanks to the great technological advances (as always after the great wars) wanted to bring a fresh touch to everything and everyone… that’s how we set the first human foot on Mars while, in the same time, establishing the first permanent base on the Moon. The orbital cities continue to develop and the first interstellar probes are launched in order to visit beyond the Solar system. Industries spread ever more and grew each day, as if the humiliation of the human race were to be erased by a sudden expansion and a strengthened capitalism.

Following the discovery of new resources, the first permanent base is installed on Mars. New technologies are emerging and hyperspace is discovered, allowing much faster travels! Exploration is in full swing while dozens of new settlements are set up on all the earth-like planets, favourable to life. Life, we discovered it on Delta Pavonis… but the contact between our two races has been lethal for them and they all died quickly. Beta Hydri, Altair and the very important Tau Ceti system also host sentient lifeforms among other local breeds. After the disaster of Delta Pavonis, the central system of the Federation, Sol, warned the colonists of the formal protection of the alien races… however, these orders were rather ignored and the aliens were placed in “squares of habitable land”. We demanded them with always more information about their lives, resources, their planet… these conditions were very hard for the aliens. The Earth wanted to regain control after too many phases of colonisation and began its program of Renewal, in order to improve the environment and inspire a new breath on Earth, fostering the return of human populations to the Solar system. The terraforming of Mars is abandoned in favour of the Earth.

Many ultimatums were sent to remind the settlers that they should leave the alien races live their lives, but all were ignored. It was the first major space battle (which resulted in heavy losses on each side) and also the creation of the Federation. The Federation is made up of Earth on Sol, Tau Ceti, Delta Pavonis, Altair and Beta Hydri: the first systems colonised by man. The Federation is still increasing its influence and the second attempt at terraforming on Mars is resumed. This proves very effective and allows in 2280, possible life without oxygen mask.

The Achenar system is noticed for its very developmental environments, many settlers settled there. Over the years, news of a sentient race completely annihilated on Achenar 6D caused great disturbances to the Federation. Strongly sermonising the settlers of Achenar, they asked the latter to rally to the Federation. Achenar refused and began the terraforming of several planets in order to establish an independent and strong system. Dissatisfied with this outcome, the Federation sent warfleets to Achenar… where they got crushed by the coalition. The Empire is created and is now giving a merciless war to the Federation. 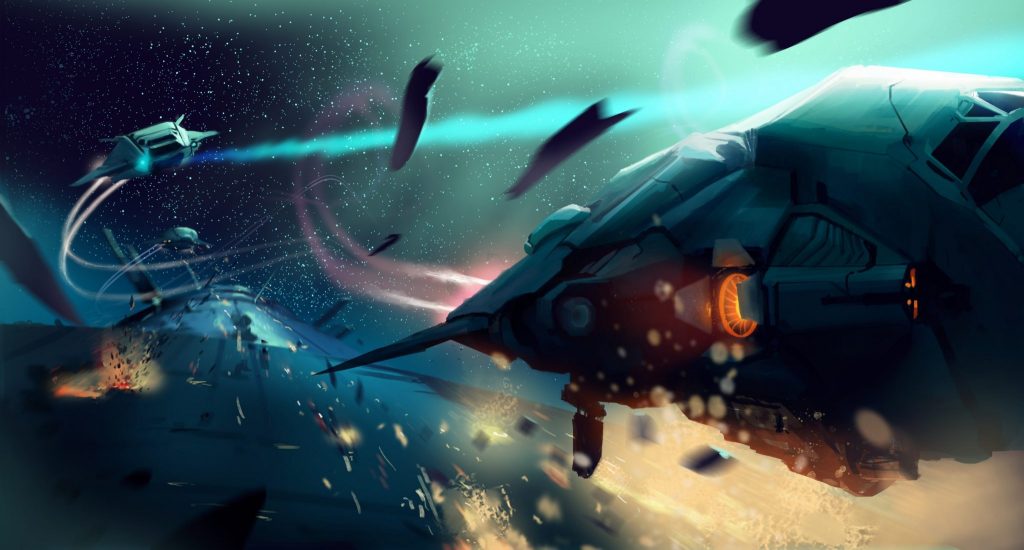 Wars and truces thus continue for hundreds of years, opposing the Empire to the Federation until the Alioth system rebelled against the wars (more than 200 years of wars!) opposing the two superpowers: the Alliance is born and rejects both factions. Everyone then continues to progress, expand, discover and learn while avoiding one another.

The Federation is mainly maintained by corporations. Most of them were originally Federal, before changing their allegiances to the Alliance or independence over the years, as the ways of the Federation were contrary to certain manners. The most imposing of them, the Sirius corporation, operates around the system of the same name: they have the monopoly over Power plants… which is indispensable for all ships! Core Dynamics, Lakon Spaceways, Whatt and Pritney, Manticore, Faulcon DeLacy, Zorgon Peterson and Saud Kruger all started their companies with the Federation. More recently Lycan Moon Mining, Brewer Corporation and even Utopixx Entertainment are still working with the Federation. The latter is a giant of virtual reality and the main Federal partner for the establishment of the Close Quarter Combat Championship, aiming at the creation of virtual space combat for fighting pilots in order to recruit the best for the Federation fleets. Some of these corporations, in agreement with the Federation, even control the birth, life and death of its employees by providing them with everything they need and demanding absolute loyalty in return.

Whatt and Pritney merged with Faulcon DeLacy and moved to the Alliance of Independent Systems and the Independents; As did Lakon Spaceways, Remlok, Zorgon Peterson and Saud Kruger. 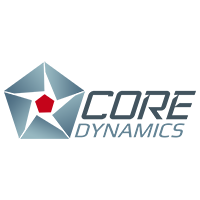 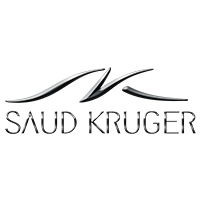 Technology is an important part of every citizen’s life in the Federation, and the economy is driven by the (often compulsory) consumption of new and exciting enhancements, luxury and consumer goods. The companies are very “disposable” because of the new and exciting system replacing parts within a few months after acquisition. This leads to a culture of constant demand and supply, employees spend the money they earn, and it leads to the success of the companies. Tough right? Yeah… right. 🙂

The Federation is composed of states, in a similar way to the 21st century US on Earth, but on a much larger scale. These states can be represented by some countries or directly the whole systems. The Federation maintains a presidential electoral system, but corporations still have strong influences on votes, dramatically demanding their employees to vote according to the wishes of company… otherwise their programming would be terminated (and therefore they would die). Corruption, bribes and forced influence are commonplace. Individual freedoms are abolished in favour of profit. Greed is queen.

For a foreigner, the hierarchy of the Federation is based on democratic principles: people vote in their state to elect the members of Congress, as well as a president with a duration of 8 years + later on, a “vote of confidence” after the first 4 years. However, companies are at the center of everything and profit is king. Managing the Federation is like fighting in a commercial battlefield. Commercial organizations are aggressive competitors, as strong as the laws will permit and the attention of the federal citizen is bombarded by advertising.

Culturally, the Federation is tolerant but totally against drugs, political activism, and some cultures. Many things are illegal, such as slavery, cloning and some narcotics. The federal law is based on a constitution agreed by the inhabitants of the states. People have rights and freedoms written by this agreement. The media lead to a culture of celebrity. The biggest politicians, television commentators, animators and super-rich all attract the attention of the media: this provides a massive distraction for the population so they don’t mention the wars carried out by the Federation and it keep the citizens enthusiastic. It has been going on for several hundred years and there is no sign of change on the horizon. 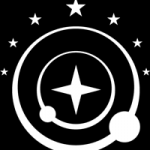 Capitalist, the Federation keeps the advantages and disadvantages of its predecessors: there are many rich citizens, but there are even more poor people, so indebted that they can be seen as slaves of the corporations…

The current president, Zachary Hudson, was not elected by the citizens following major problems that occurred with the loss of Starship One, the exploding ship that housed former president Jasmina Halsey. This indicates that corporations govern, with the pretext of democracy. The Federation will continue its dramatic, but powerful progresses, and will always be the most significant in human civilizations because of its initial impact and its current hold. This is certainly why Felicia Winters, a liberal, was evicted from the presidency in order to place Zachary in the lead and make corporations prosper for profit.

Felicia Winters is a versatile opponent for Zachary Hudson, she is the main opponent to the president. More peaceful and based on education & mutual aid, Felicia could have become a balanced president for the Federation. She aims to make the right choices at the right time and wants to restore confidence in the people of the Federation against the many corruptions common in the superpower.

She momentarily was the president of the Federation after the alleged death of Jasmina Halsey during a tragic but mysterious accident. But in strange circumstances, the votes turned in favour of Zachary Hudson. Perhaps she was simply not the perfect puppet for darkest purposes?

Many rumours circulate about the destruction of Jasmina Halsey’s ship. She was miraculously recovered from the debris of her destroyed fleet in strange conditions, however the vice-president was dead, probably to silence him following the investigation of his murdered parents. Elaine Boyd, a journalist who tried to clear up the mystery was silenced. There is something that is gnawing at the Federation… but what?

Recent events have led the Federation to establish itself on the Pleiades in order to recover the famous and very useful Meta-Alloys, having great restorative properties on the technologies damaged by the Unknown Artefacts. Besides, these alien artefacts and the new Unknown Probes were both discovered by the galactic community in convoys of the Federation. Why do they hide these technologies probably from another non-human civilisation? The Empire has also recently settled on the Pleiades and relations are getting more tense between the two superpowers and their arms race.

Meanwhile, a certain Salomé is incessantly silenced, but she managed to escape death multiple times. She says she wants to reveal the truth about what the superpowers are hiding. It is up to the people, the galactic community, to make the right choice in this uncertain story. Learn more in our dedicated Elite Lore article.