A misunderstood and unusual role, let’s have a look at the Elite: Dangerous: Pirate Guide. Yarrr buccaneer, gift me 10 units ‘o gold ‘n 1 comment. If you do so, I gunna spare yer life ya mangly cockroach… No? We gunna cook yer!! 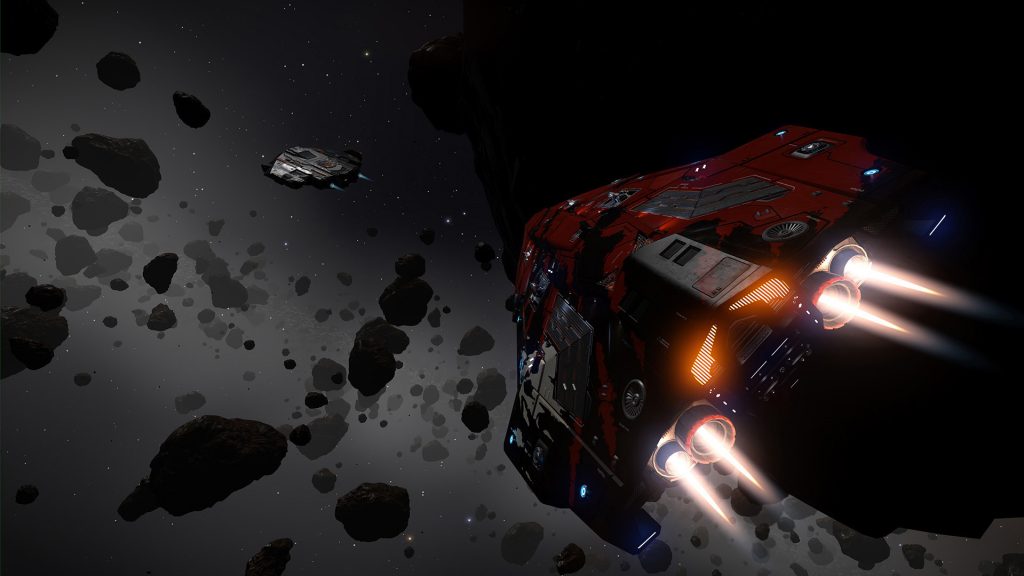 Piracy is undoubtedly the least profitable role in Elite Dangerous. It is also undoubtedly the most roleplay and the one that asks for the most organization and consistency, whether you are playing in a group or solo.

First, note that the following tricks are one way to do it, there are obviously other ways to pirate.

As a pirate, your goal will be to steal Haulers’ goods as fast as possible with full efficiency! The pirate is, contrary to your first thoughts, a player who respect a strict code and use precise manœuvres. Analyse your targets and steal their precious goods… for fun, a pirate reputation, and money!

What qualifies a good pirate? 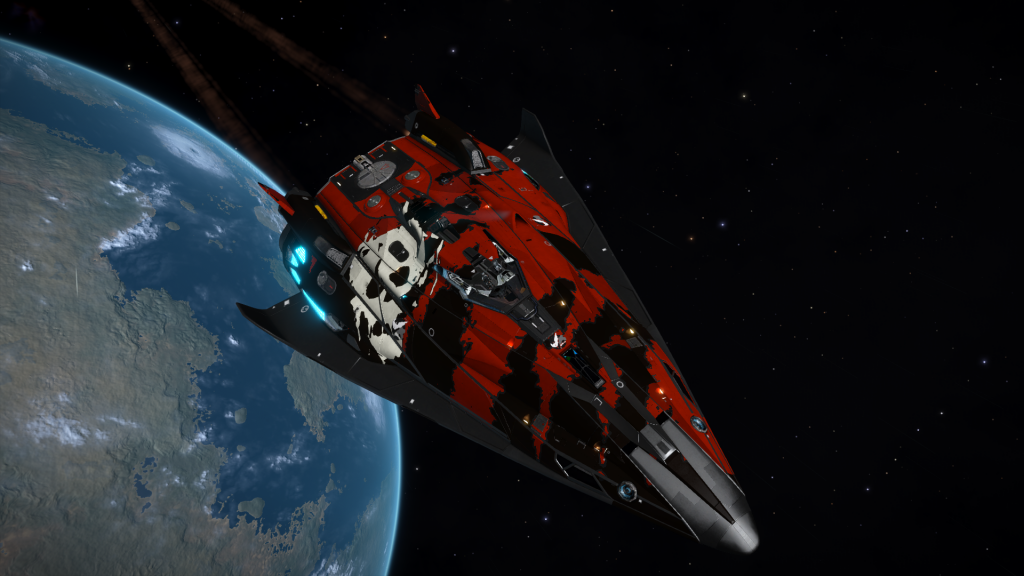 The ships below are ranked from the cheapest to the most expensive. Each of the links will lead you to the build I prepared in order to start a comfy long exploration trip. Note that they are built with very good modules, which explains why they look expensive.

→ To drastically reduce the price, I invite you to choose modules of lower ranks. D being the lightest and C the mid-range one.

How to test my Outfit

I usually use two websites to prepare my outfitting. E:D Shipyard & Coriolis, depending on your needs and preferences. Don’t forget that selling your ship is a net gain of the ship’s gain -10%, but the modules are sold 100% of their prices! Don’t be afraid of trying builds with your ships. 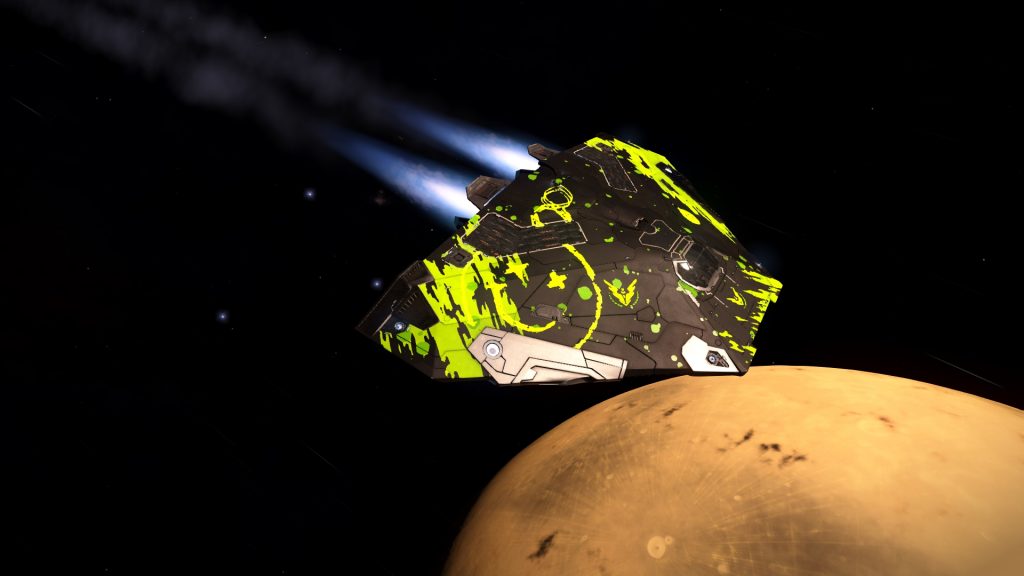 A pirate addicted to the OnionHead drug

Quicknote: I’ll use he to cover “she” and “he” pilots. It is easier to write the article, but of course everyone is welcome! <3
I could have used hee-hee, but it was too long and Michael Jackson didn’t like it.

First of all, a pirate must keep a stiff upper lip. If he has to perform an action and is committed to doing it, he does it, otherwise he loses credibility (which is not very high in the minds of many players). He is credible of his impartiality, seriousness, and reliability.

We can distinguish (unfortunately) two types of pirates, which I would call the “good” and the “bad”. The main difference between the two comes from the lack of seriousness of the second.

→ A bad pirate will intercept a target, do not start any introductory message, and attack the target until it drops out of the cargo. No warning, no messaging, no chance for the trader. “Meh” you will say. This participates in the bad image of piracy on Elite: Dangerous. The merchant will be frustrated, hang the pirate for a PK who wanted an easy kill and will not look further. In many cases, the player will go solo or on a group “Mobius” PvE because “he’s fed up with Player Killers”. And he will not necessarily be wrong.

→ The good pirate will intercept his target and send a clear and precise messaging to the hauler, right after the interdiction. It must be brief, the target should see and read it even in panic. There comes the purpose of this message: what is your interest? Collect his cargo. His interest ? Stayin’ ali-i-i-iiive! Whether you’re a hauler or whether you’re trader, you’re staying aliiiiiiiiive!

Do not forget that it is better for you to pirate in a low security or even anarchic system, so the police/authority response will either be null or very low, leaving you room for manœuvre. You will find these details/security via the galaxy map and its filters.

Nav beacons and supercruise interdictions are recommended for pirating. Some unknown signals may also prove interesting… be careful with the bounty hunters. 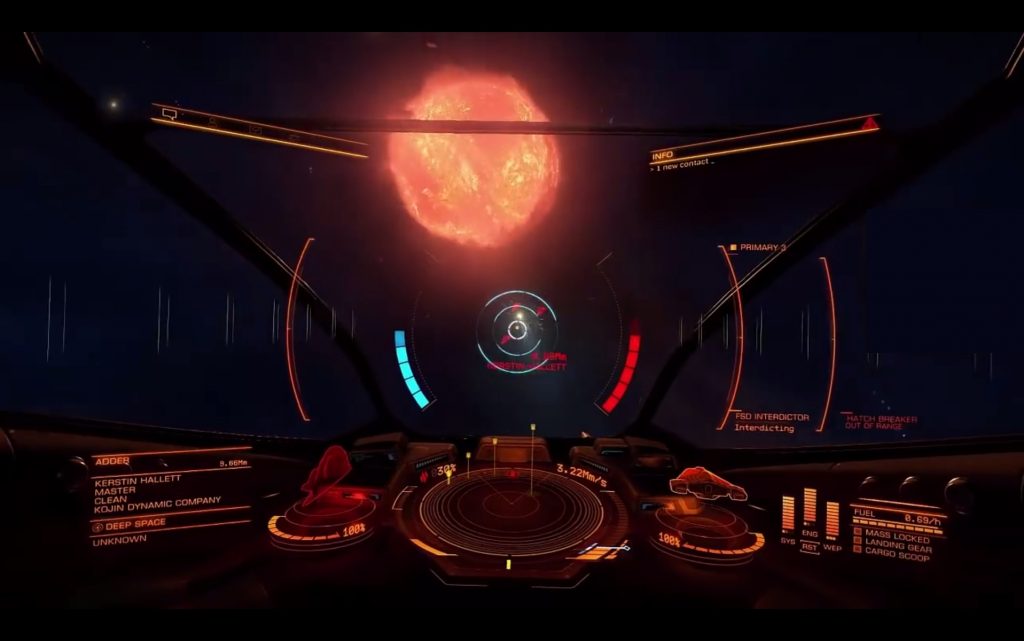 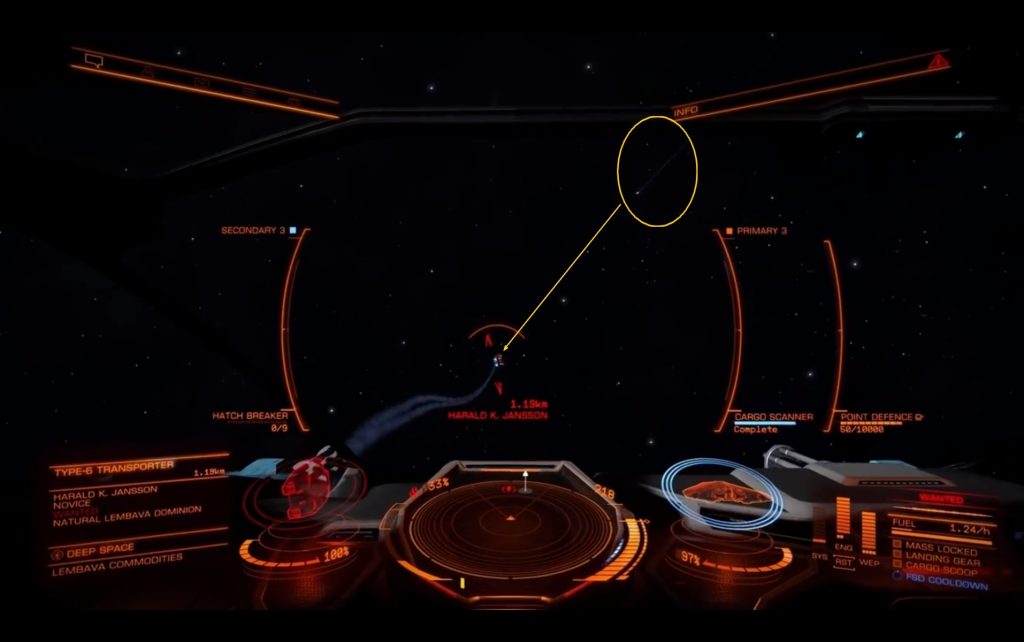 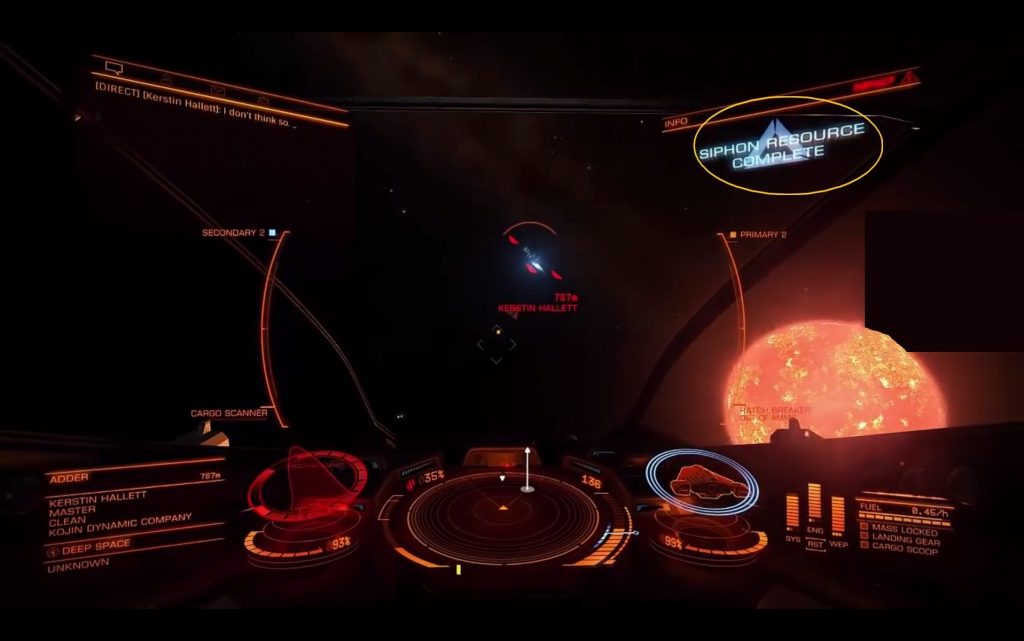 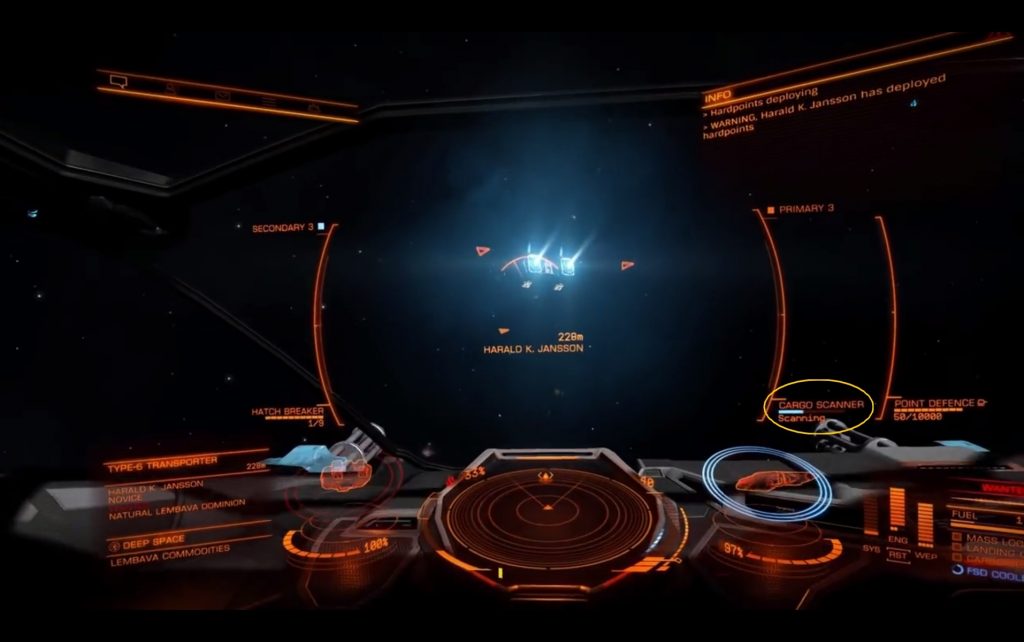 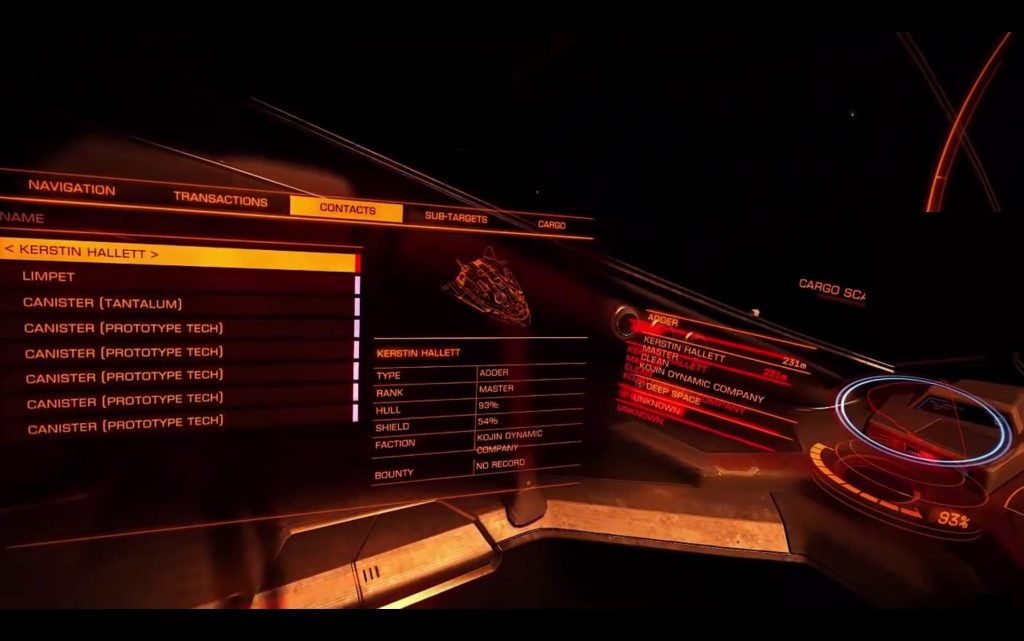 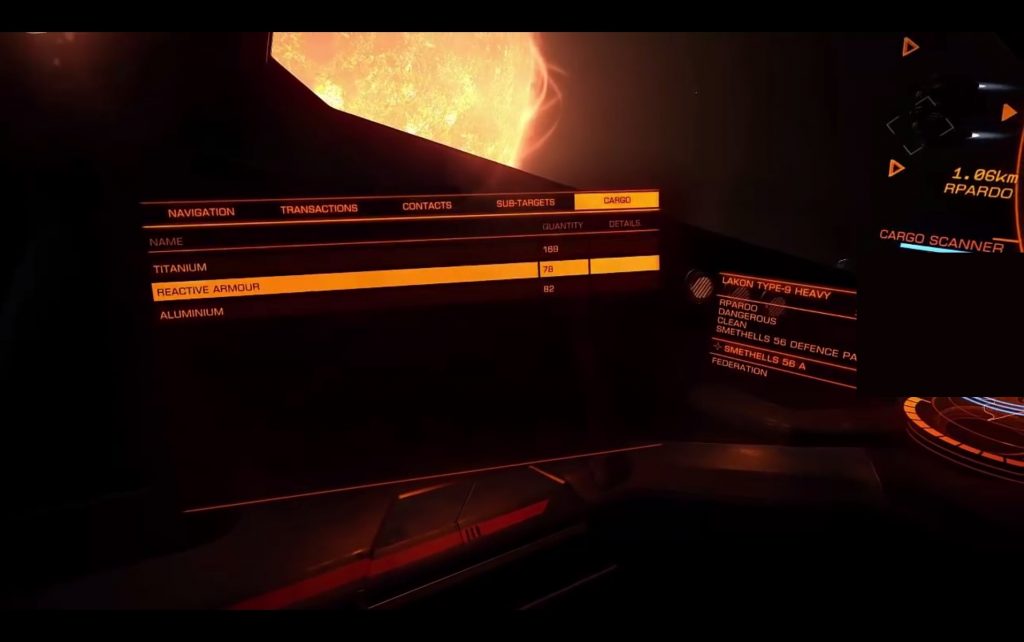 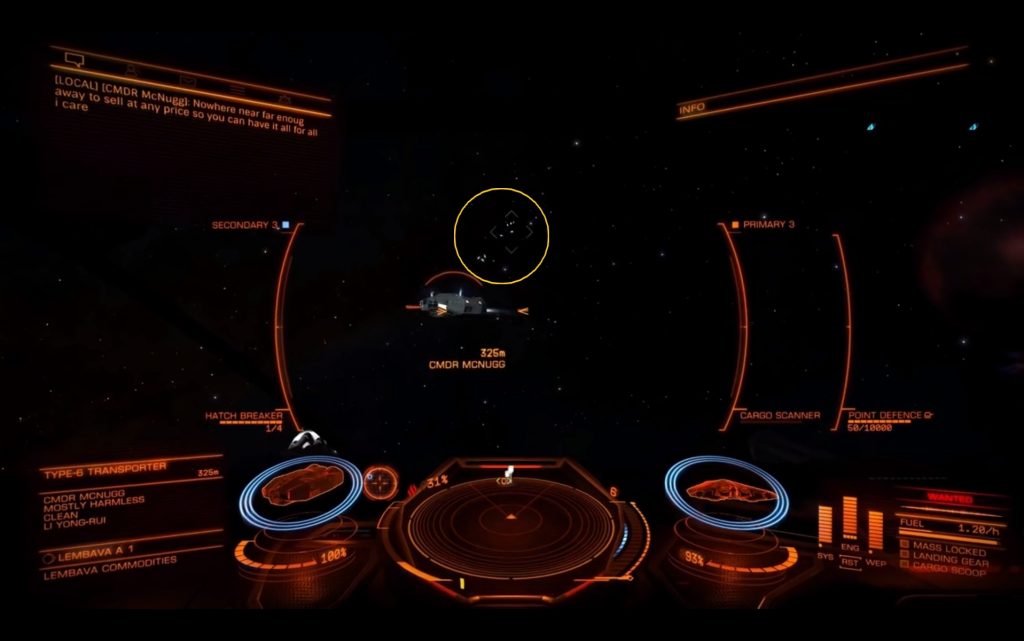 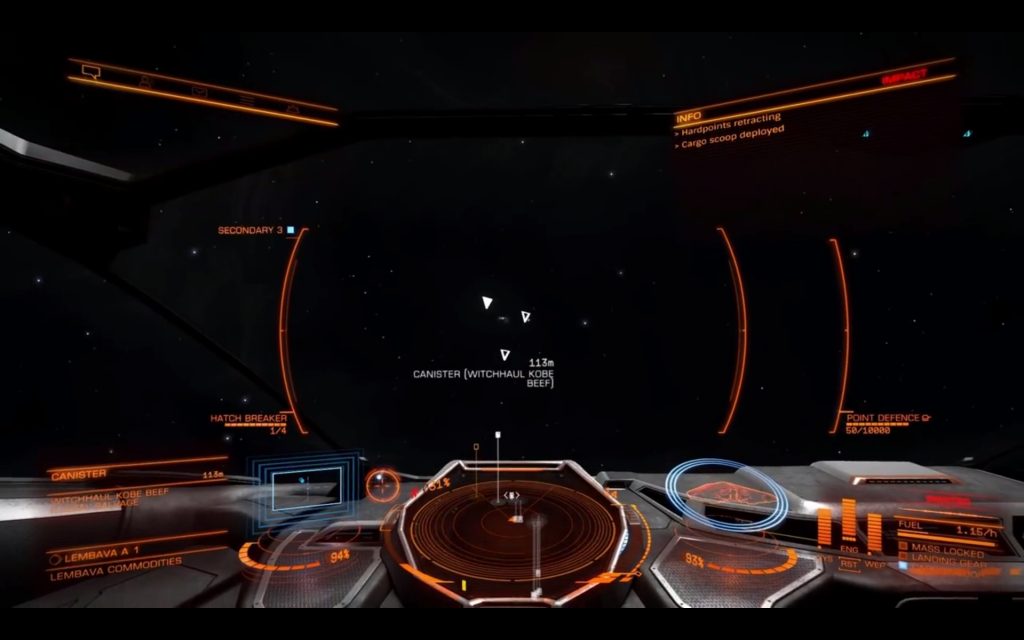 Apply the strategies and information previously outlined, this can be more difficult than against obedient players, but easier than against players who lead you hard.

This does not require a message: launch a hatch-breaker limpet to attack the target’s cargo hatch. Feel free to repeat the operation multiple times if no cargo is dropping. Cargo hatch: starting 80% HP, the hatch should let pass some commodities; From 70% a large quantity should escape; From 50% the entire cargo of the target will be gradually released into space. Woot!

You can also drop the target’s shields to attack the cargo hatch directly and damage it. It all depends on the action of the target, your equipment, speed and weaponry.

Quickly collect your loot and flee!

→ List of the commodities dropped by NPCs, unknown signals & their values 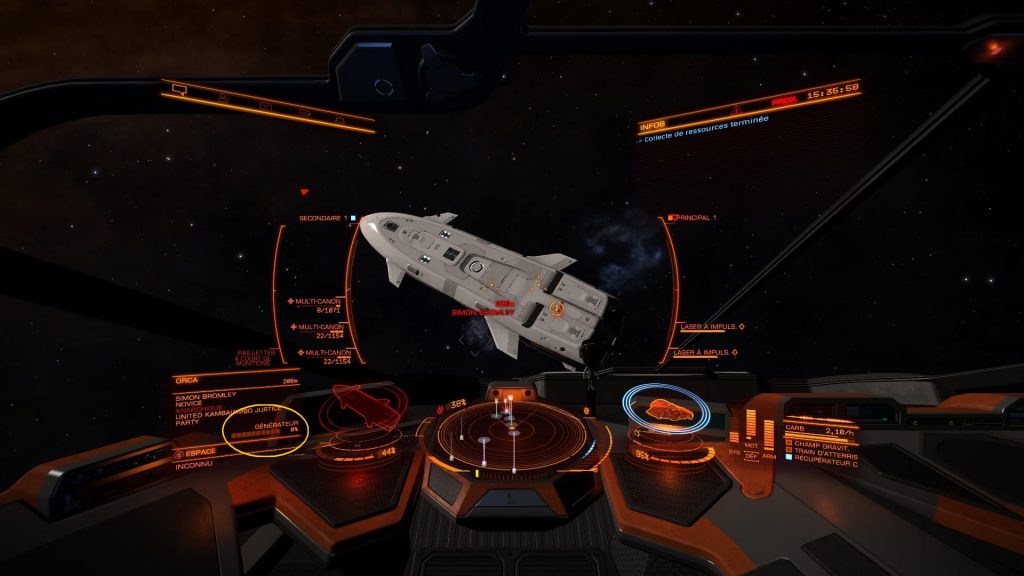 If you play alone, you will need a fast ship capable of carrying a good amount of cargo while being effective in the role of pirate.

Follow the pirate code and our previous instructions. It is extremely important to make the interdicted player understand that if he listens to your orders, he will not perish in space. They will thus mostly agree to play the game and give you some cargo.

Remember that a player not obeying must not be destroyed, you must keep your target alive, and send messages throughout the manœuvre in order to make him understand if his actions are good or not. Try to destroy the target’s drivers in order to prevent him for flying away, or even the powerplant… however a pilot who has correctly managed his power priorities will keep his drivers operational.

A pirate’s victory is not to kill, but to survive and flee with loot.

Be fast, accurate, moderate and concrete. A disobedience on the part of your target will have an immediate impact on your expectations. Your main weapon is fear, but do not bring it to actions thoughtless. Again, communication is the key. 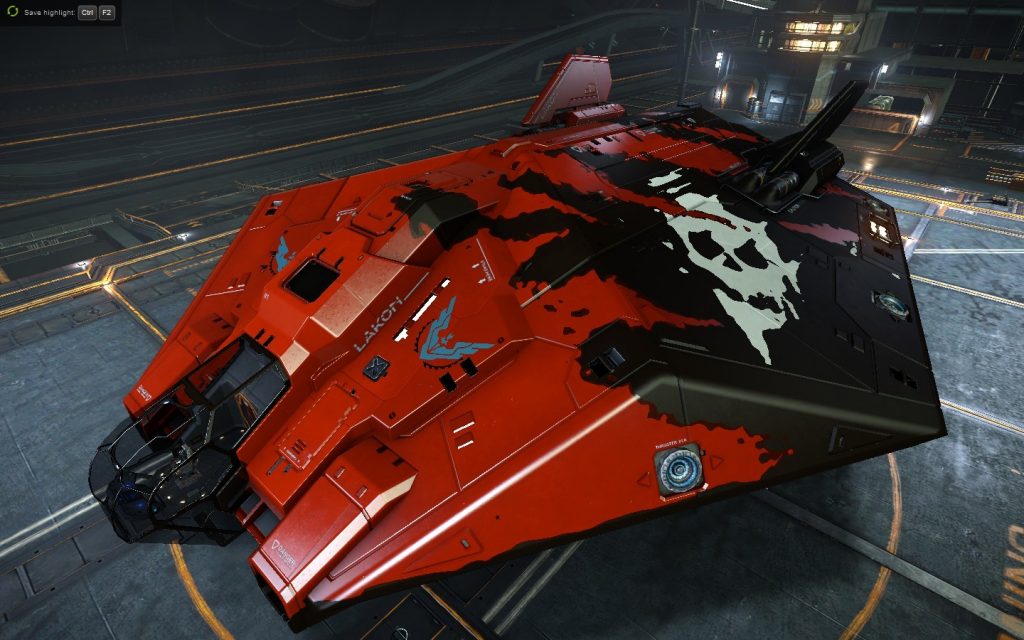 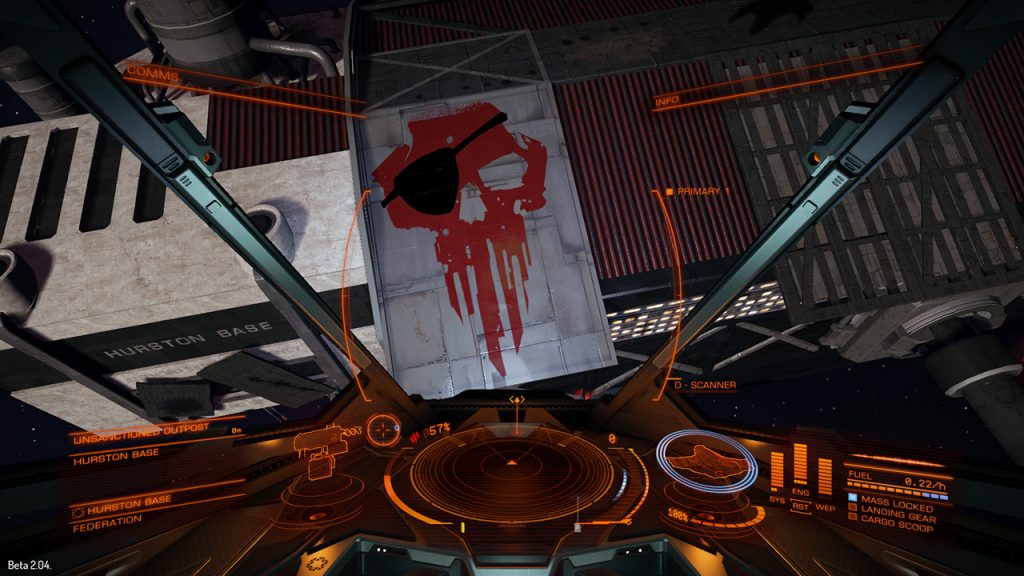 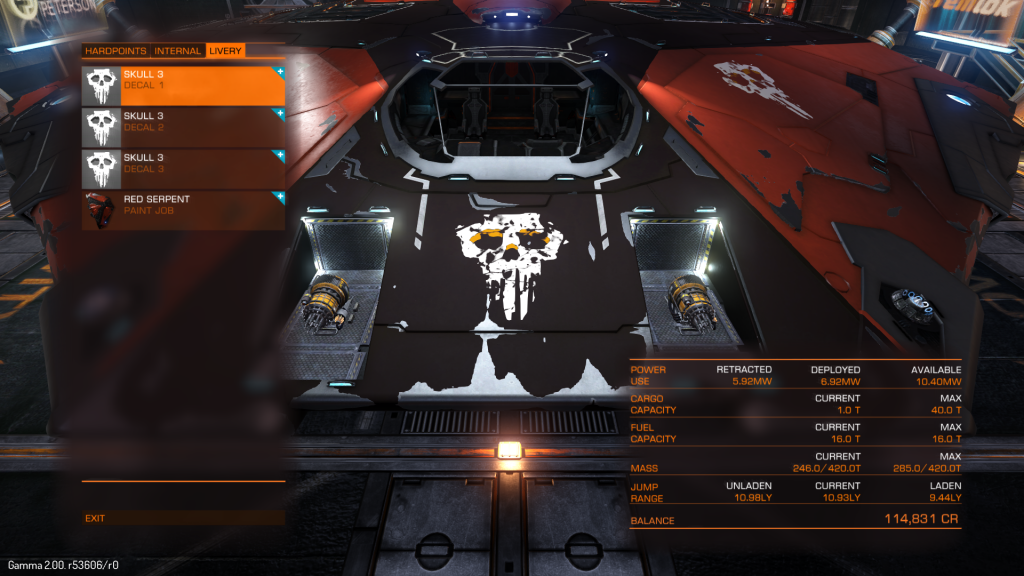 Pirates in a gang

To effectively pirate in a group, you will need a mix of specialties:

All the previous rules set out so far will be useful and applicable to your pirates group.

1) The power of the Lord pirate Archon Delaine leads the Kumo Gang and force his laws onto multiple systems. The bounty against you are alleviated for any crime committed, he proposes special weapons: the Cytoscrambler. The latter can be unlocked when you reach rank III. They are effective against shields, in order to quickly seize your target’s booty. 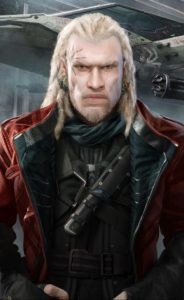 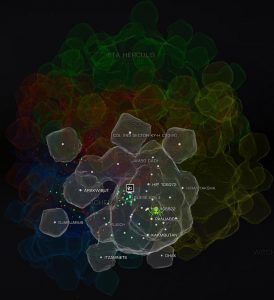 2) The Community goals, mainly transport, are a boon. Go near these CGs and on the surrounding trade routes in order to steal commodities from as many traders as possible! Look for a Black Market near you.

3) Do not be afraid to get close, near the outposts for example, and scan the cargo of your targets. 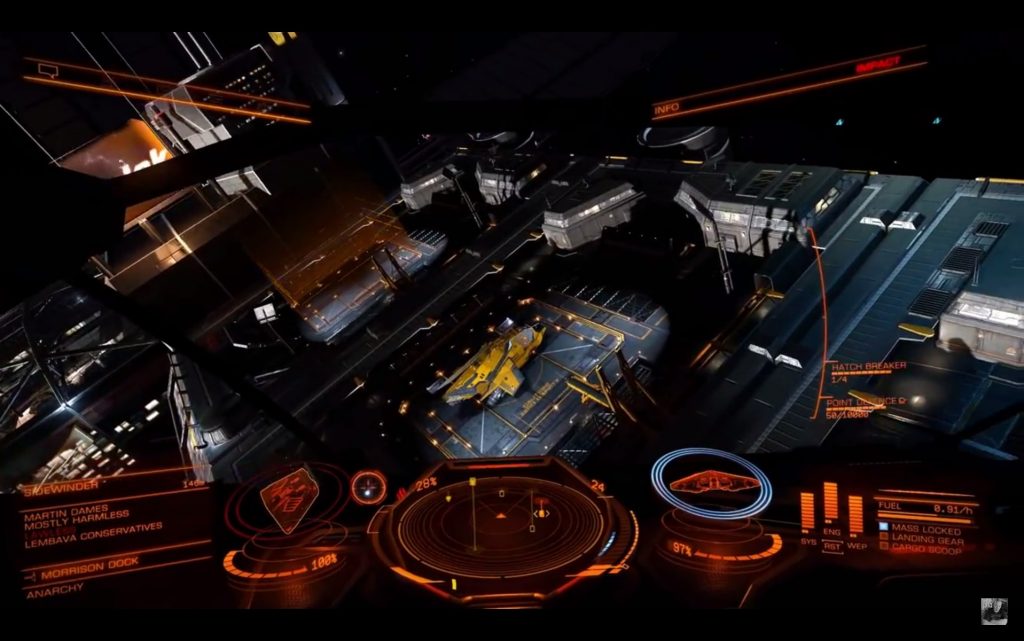 5) Therefore, there are several attack manœuvre as a pirate:

6) Fines against you? AH! Don’t care, you are a pirate, it will happen all the time. The life of a pirate is full of pitfalls, stay alert. You can stop being a pirate if you want, but it will take some time to be clean again.