The Background Simulation is a very fragile and hard to master mechanic. This guide will help you understand some of the game information in order to better understand the why and wherefores of missions, how it fosters influences, system states, minor factions. Everything is tied together, Marty!

All right, still with me? Administrator, let’s go!

The BGS, which stands for “Background Simulation“, relies on many factors using all the same simulation, whether you’re on PC or Consoles.

We’re all in the same galactic simulation. Maybe you’re unaware of it, but your daily actions affect this simulation: your combat bonds, trading, the ground base you attack or the ship you’ve just destroyed have more or less pulled some strings that slightly change the balance of powers, and made the galaxy alive. The legend has it that even the colour of your socks might be paramount!… Ok, no, maybe not.

This system relies on the following functionalities:

These functionalities make the human civilization go round and change little by little the face of our universe. We will therefore go over each of these points, and dive further into the details as we go.

Influences indicate the representation of a minor faction in a system. They decrease and increase according the players actions in a given system.

There are three ways to increase the influences of minor factions, and the precise percentages are available in the system map, details tab. You will also find information about their types of government.

All the factions percentages once added equals 100% ; the higher the percentage of a faction, the more powerful it is, and the more likely it will control the system. if a faction loses influence, the others will gain that lost influence. 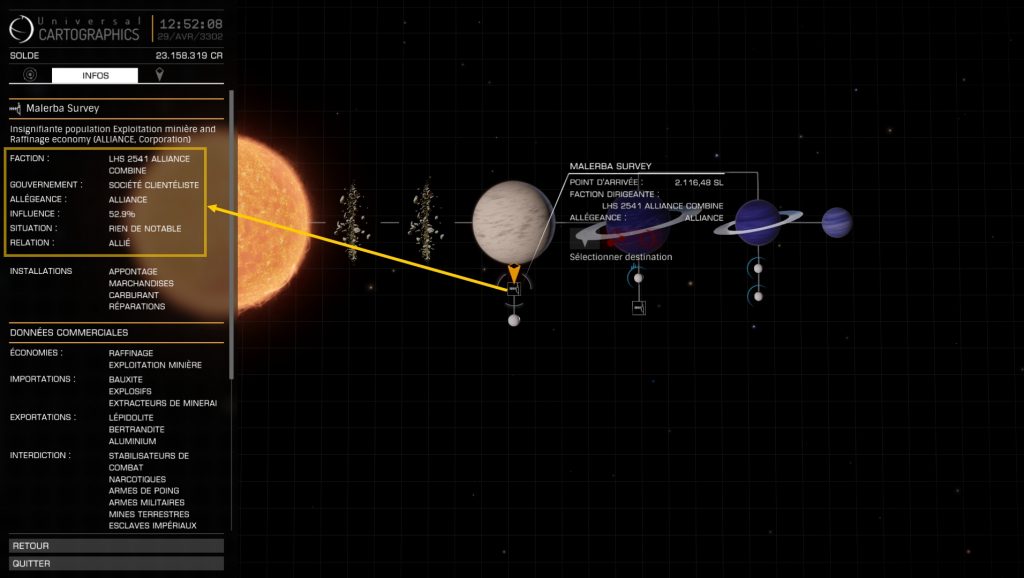 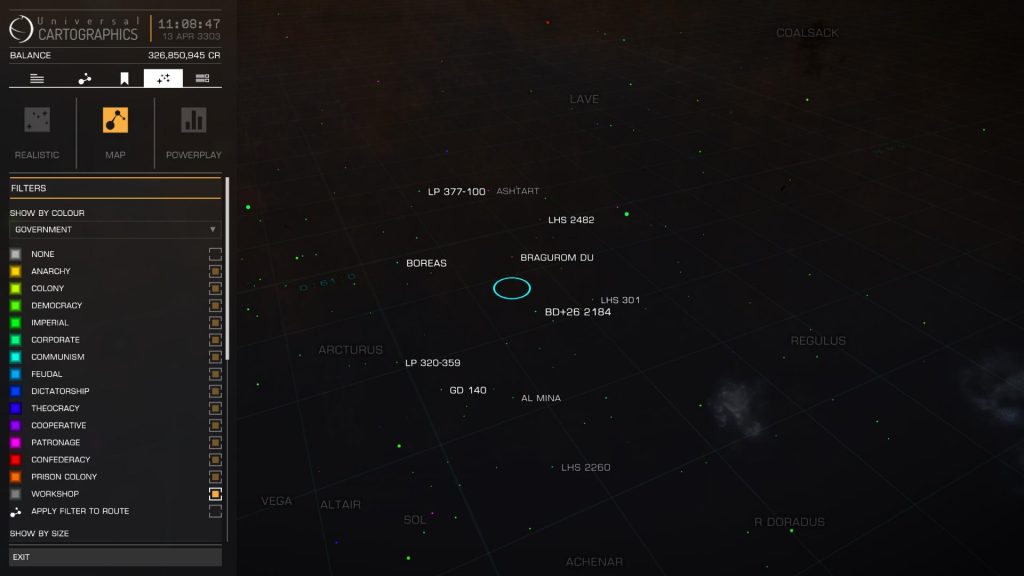 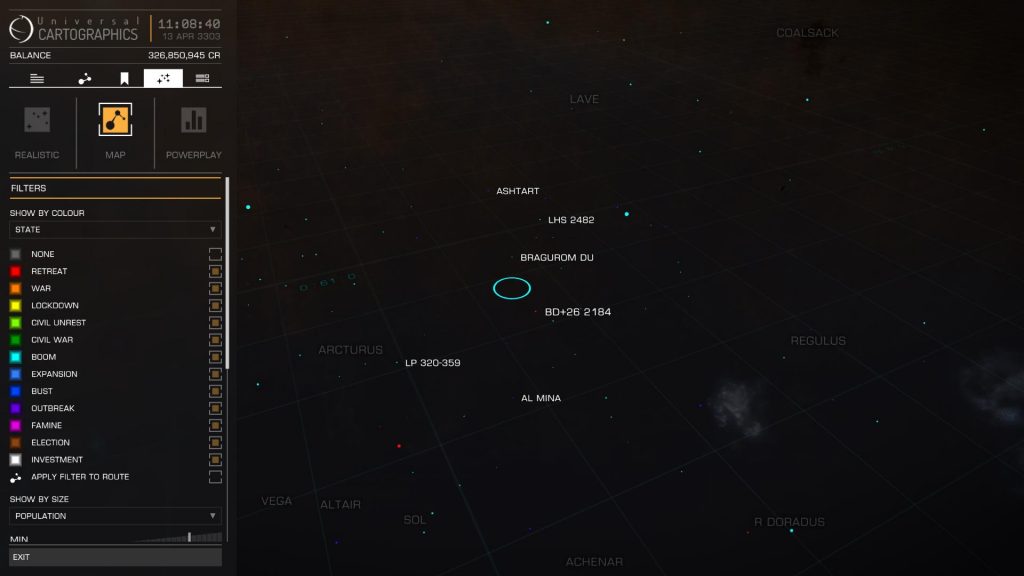 For them to change, it’s very simple; actions have to be made in the system:

Systems will change power allegiances, economies and securities because of/thanks to the players actions (and in a much lesser way, those of the NPCs). 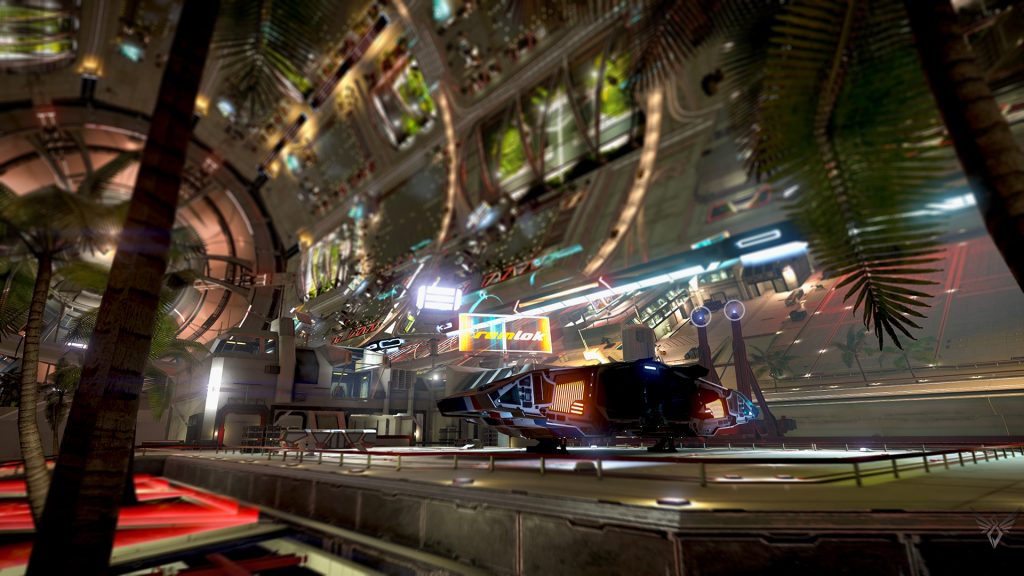 There are 12 types governments which I will list from more common to less common.

Each brings their own gameplay style:

As explained earlier, players missions and actions in systems will shift the balance of influences. Here’s how I define those terms:

There are many different categories of missions in Elite: Dangerous. With this influence, you can change the course of history and manipulate the background simulation of the game for your systme and those surrounding it. Doing missions is the main part of the BGS, this is how you may be able to get your own station.

Here are their details:

The different changes of states by tourists have been worked out by Hansow, see spoiler. 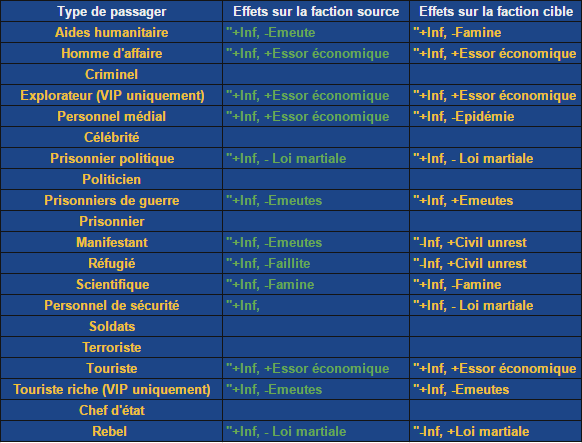 And finally, there are the players actions:

Human civilized space is a bubble of roughly 20.000 systems.  Each of these systems shelters multiple minor factions. These minor factions have an influence on their systems. Depending on these influences variations, different states can appear, adding different bonuses or means to the systems.

► One state per faction per system

They are split in several categories:

The currently known states are the following:

These states have a delay before they’re triggered, a minimum and maximum duration and a refresh indicating that this state can not be reproduced before X days.

Finally, they have priorities. This means if two states are triggered at the same time, they will prioritize themselves in the following order:

Administering your faction in game is a time-consuming activity. It’s even worse if you have to look around for information about the mechanics. Remlok Industries offers you some tips in order best manage your minor faction!

▲ 1. Settle in the good system

Keep in mind that the more citizen a system holds, the more difficult it will be to change influences. System with 10.000 citizens are easily shifted by one very active pilot, let’s say up to 50.000 citizens; beyond, a group of 3/5 active players will be necessary and probably a dozen for 1.000.000 inhabitants over several days to make things move. Don’t forget you are not the only pilot to support a minor faction and it’s as easy to raise a faction than it is to lower it.

For example, the Leesti system sees players activity explode every day! Find a rather quiet system to start your activity as an administrator. You can see the number of pilots (players) having set foot in that system in the information located at the bottom center of the station interface panel. If you are motivated, explore systems and take note of the number of pilots that went through them, of the  stations, of their government, economics and population in order to choose then the best system in which to thrive!

▲ 2. Observe your system and work on it

Once settled in a system, take note on a regular basis of the influence level of your minor faction. This way, you’ll be able to watch the evolution and the impact of your efforts, which is very motivating ! The best is to use an Excel sheet. You can even do graphs ! 🙂

Perform mission and activities for your faction in order to support it and increase its influence. Come back the next and assess the impact by writing down your activities. Don’t forget to check on your system State also, as well as the surface colonies.

If you work in group or non solo, you can manage way more populated system, bigger and even several systems! Different corporations of players are specializing in the BGS manipulation, like our faction Remlok Industries or Alliance of Statistics, Alliance Elite Diplomatic Corps, and others.

Influence and States of systems only change once per day, and even if there’s no precise time, it’s usually around 6:30pm GMT. Developers hate when we try to predict the tick time, so don’t predict the tick! 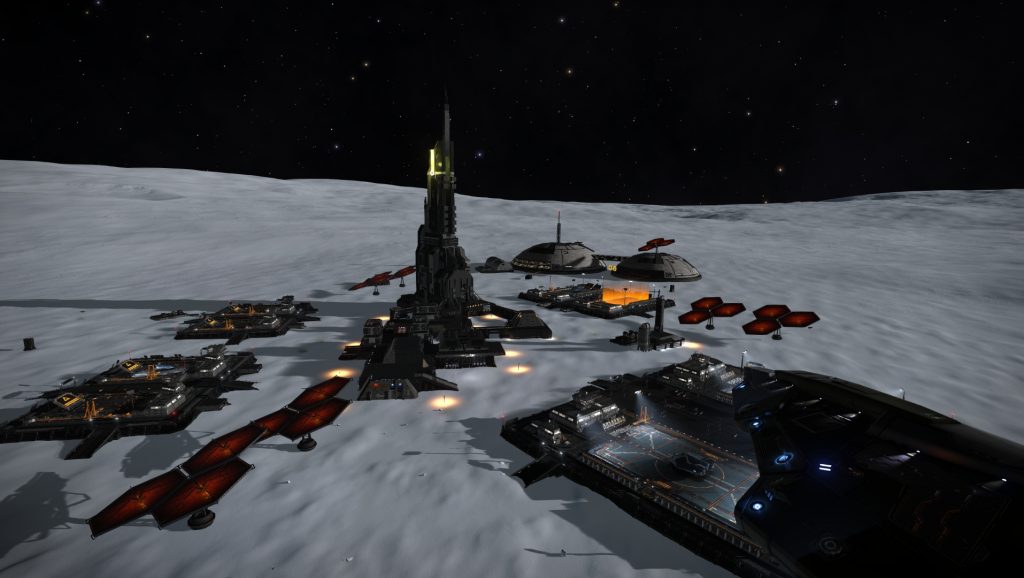 You have chosen a faction or you have got your own ? It’s not time to gain outposts, stations, planetary bases and other spaceports! For that, you will need to enter a conflict with other minor factions in order to capture their spaceports.

The goal is to balance influences between your faction and the faction you wish to get into a conflict with, so that they’re at the same level . If the rival faction’s influence is a bit low, don’t hesitate to do some missions for it in order to equalize your influences and therefore get into conflict, a state which should put “on hold” and arrive very soon.

Note that this requires an influence at a minimum of approx. 7%. If you’re unable to equalize the two factions, it’s because one of them is already in a conflict in a neighbouring system (20 LY), so wait a little.

Once the results set, station will change of owner in favor of the winner.

Now that you control the system thanks to your previous conflicts, you might want to expand to a new system.

In order to expand over another random system (within 20 LY maximum range without investment), you will need to raise your influence up to 75% no less, in that system.

This ratio will make you enter a state of expansion in order to expand your minor faction to a neighboring system. Don’t push to quickly to another expansion from that new system, wait to be well installed ; this decreases the influence on your originating system and reduce its hidden wealth score (which contributes to missions, influences, …).

It is possible to direct the expansion, it’s not totally random. 7 factions maximum can be placed in a system, the game will determine the closest system with the fewest factions to settle you. Keep the influences in the neigbouring systems low (even if your systems are part of them) while the desired system will have high or unchanged influences.

Congratulations, you’ve successfully expanded your faction influence to another system! You are now at the bottom of the scale and you will have to work on the BGS to climb it and claim that system as yours. Start conflicts with the other factions for that.

It’s up to you manage the influence in your systems by doing missions, trading without going into a boom, destroy ships from this or that faction or manually start wars to avoid certain annoying states like economic boom which generally increases the influence too much.

It’s more interesting to keep your influence under control, at the top of the ranking but not too high. This will bring you the benefits of being able to react quickly to changes on the system. If you want to conquer the other spaceports of the system, it will be necessary to bring your influence to the same level as the minor factions concerned managing these other airports. 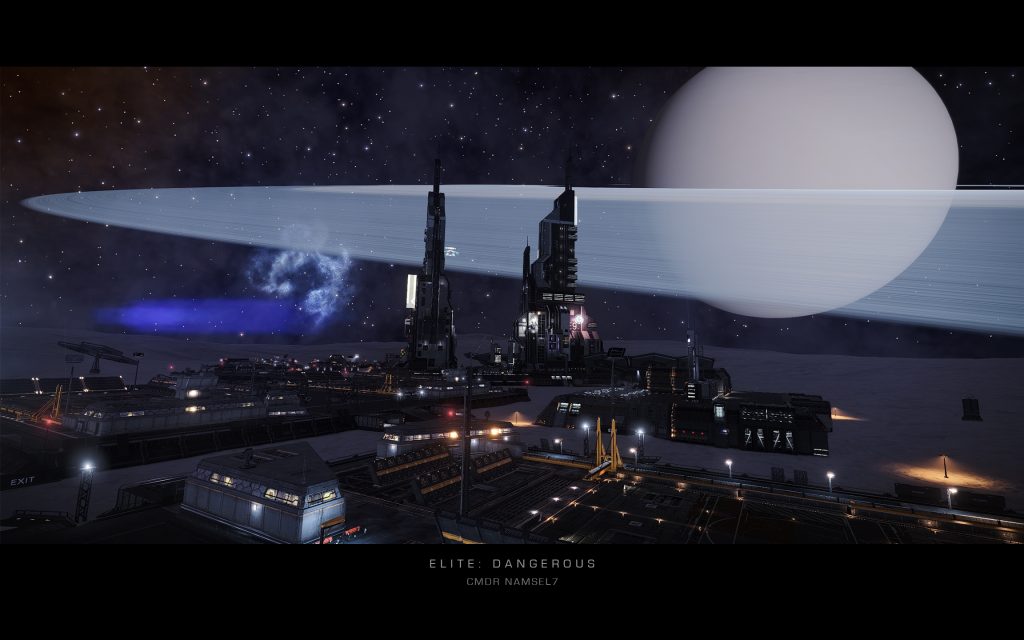 Feel free to share this article with your friends!