On Tuesday, August 28th, Update 3.2 brought in some new content about the Guardians, such as the Guardians Beacons. We do not yet know the exact purpose of these beacons, however it is possible for us to interact with them and progress through the new content in Chapter 3. 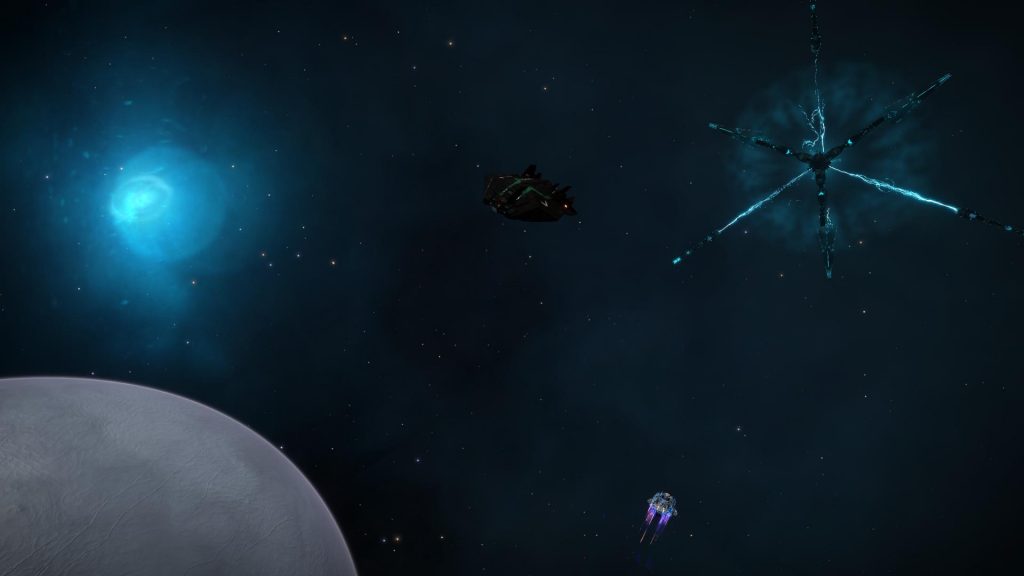 The discovery of these Guardian Beacons comes from Ram Tah’s Researches. Once again, the engineer puts us on the right track by telling us that he has detected unusual energy signatures in certain areas of space: sectors NGC 2451A and IC 2391, and the Synuefe EN-H region.

From here, we departed to these designated regions & sectors where the energy signatures have been spotted. The scientists from Remlok, Cannons and many other groups rushed to these sytems in order to track the signals down. Cannon found the very first beacon in the system Synuefe KU-F B4-44. Near this star, your left hand navigation panel indicates that there is a Guardian Beacon nearby. Get closer, and exist supercruise.

Nine beacons are known at the moment: 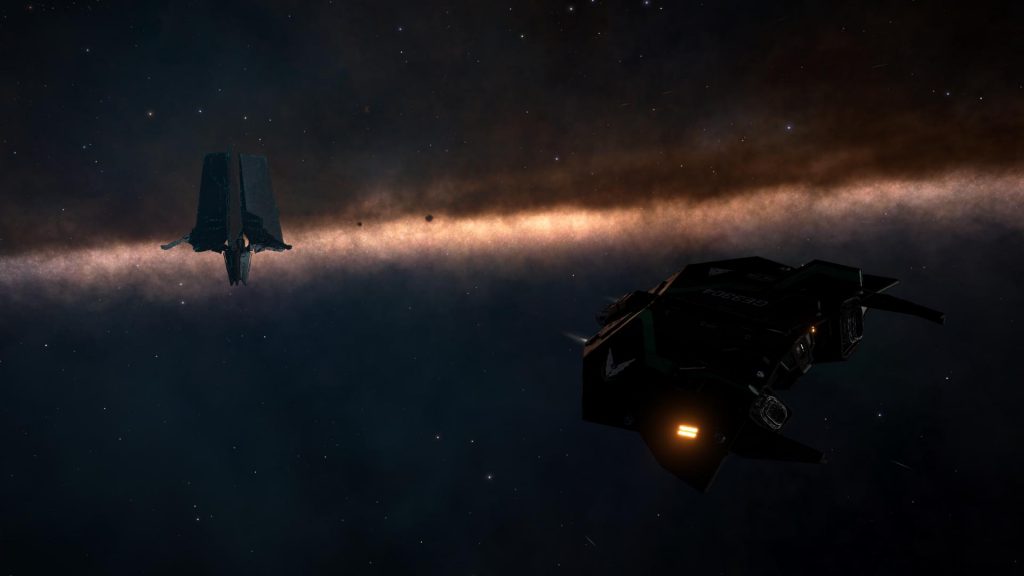 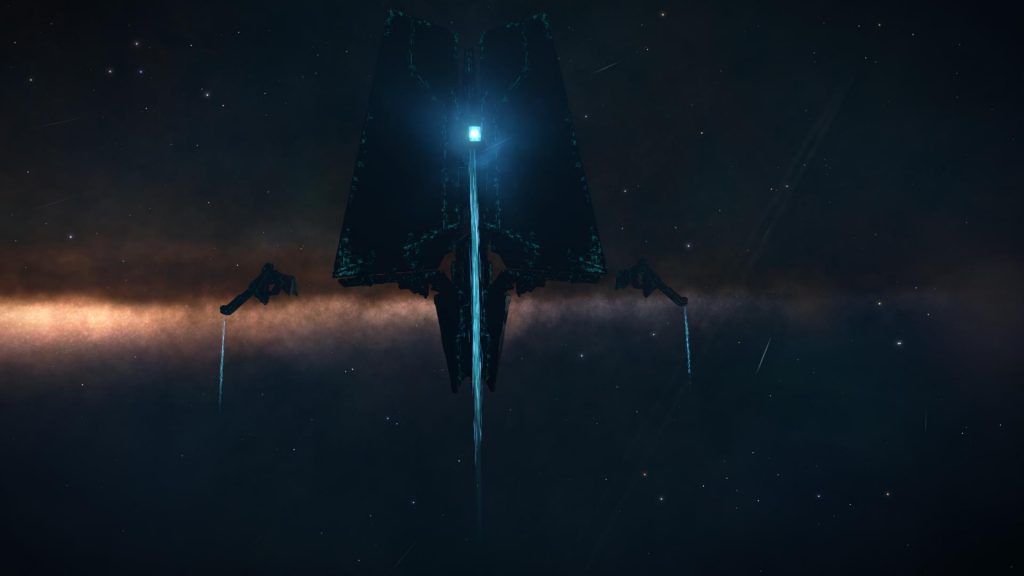 After admiring the scenery, you can observe three branches to this spatial structure. You will need an energy weapon, like a laser beam, to activate them by shooting at it. This done, the Beacon should come to life! 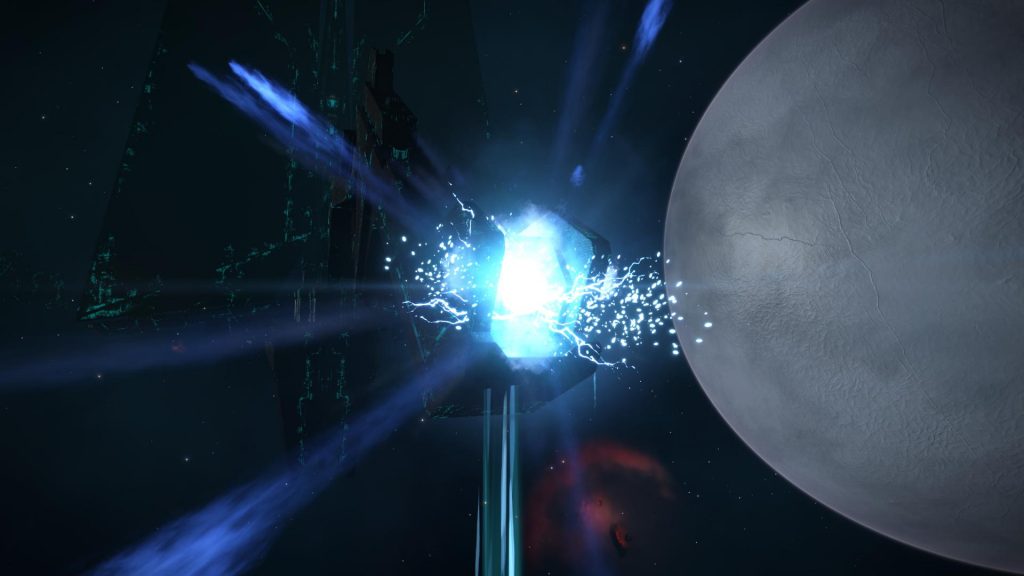 Approach the center of the beacon and scan the central core. You should receive a message that will tell you the next step: You have to reach a new Guardians structure on the surface. Before leaving, do not forget the Antique Key that appears “under” the structure. It is extremely bright, you can’t miss it.
Of course, you need free space in your cargo to collect the key. It is not a Material. 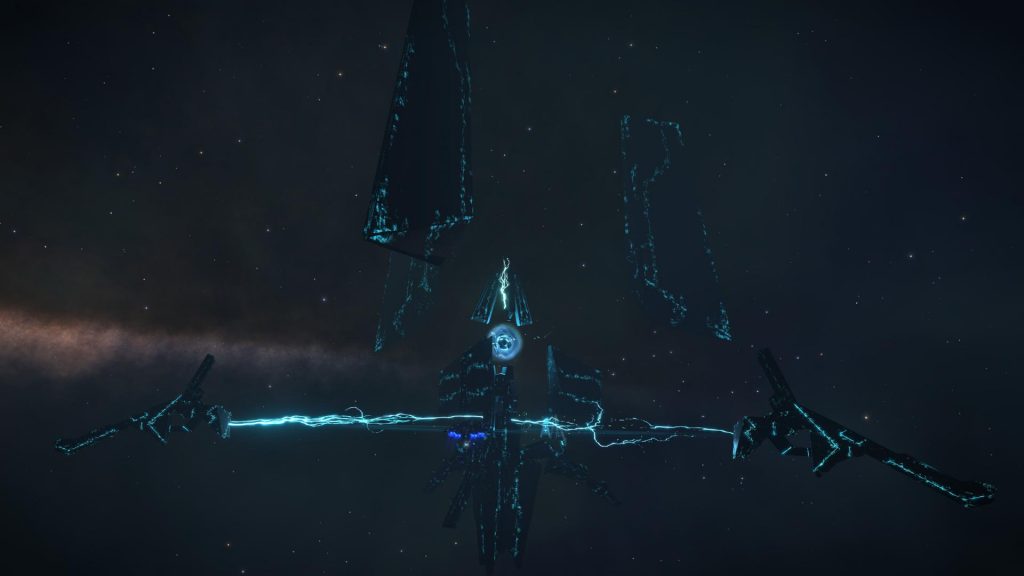 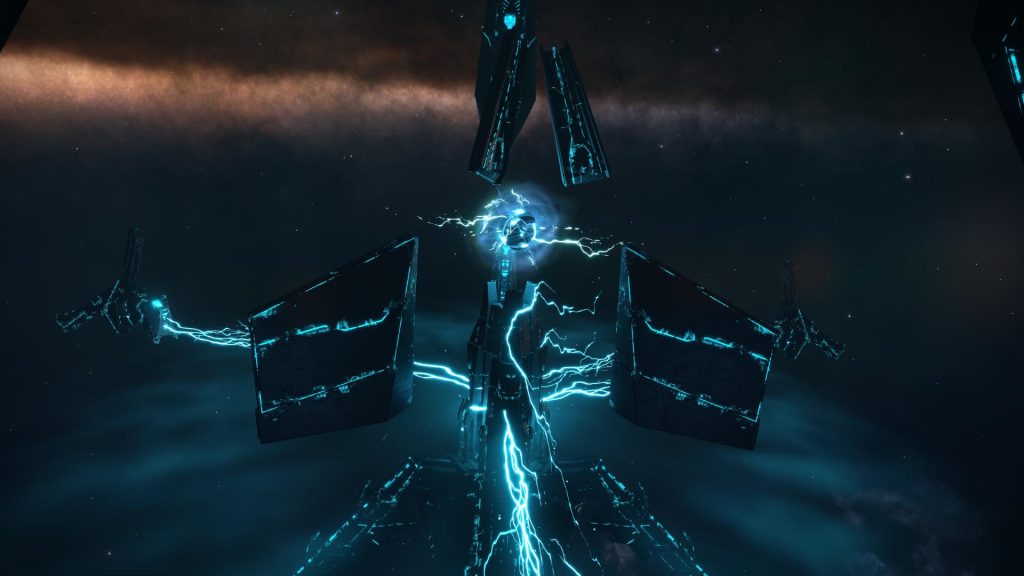 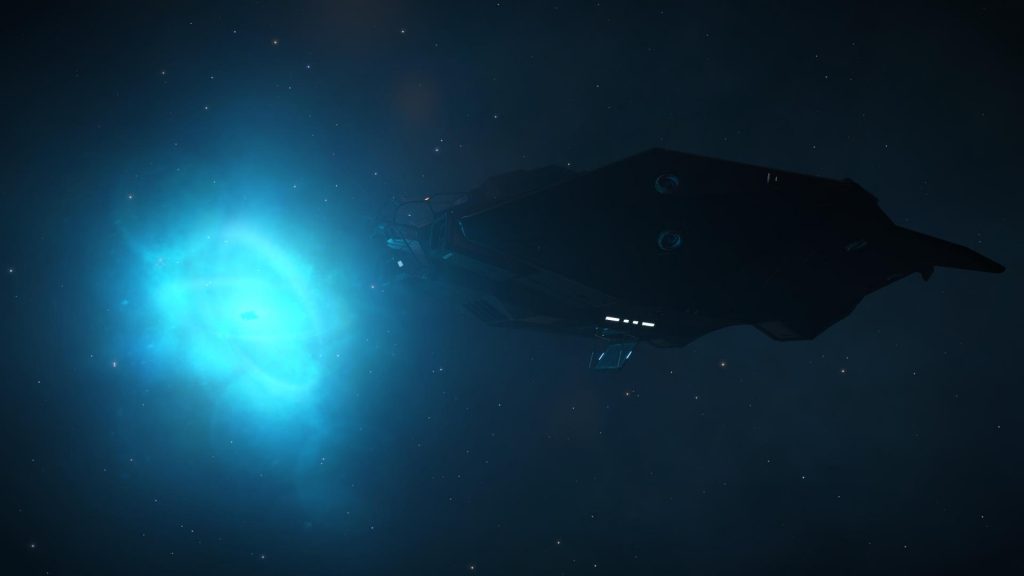 Once arrived at the Guardian Structure, thanks to the indications received in the previous log, you will have to solve a puzzle in order to activate the structure and recover an important Data: A Guardian Vessel Blueprint Segment. The previous link describes exactly how these structures work as well as the hazards and materials/data discovered on-site. 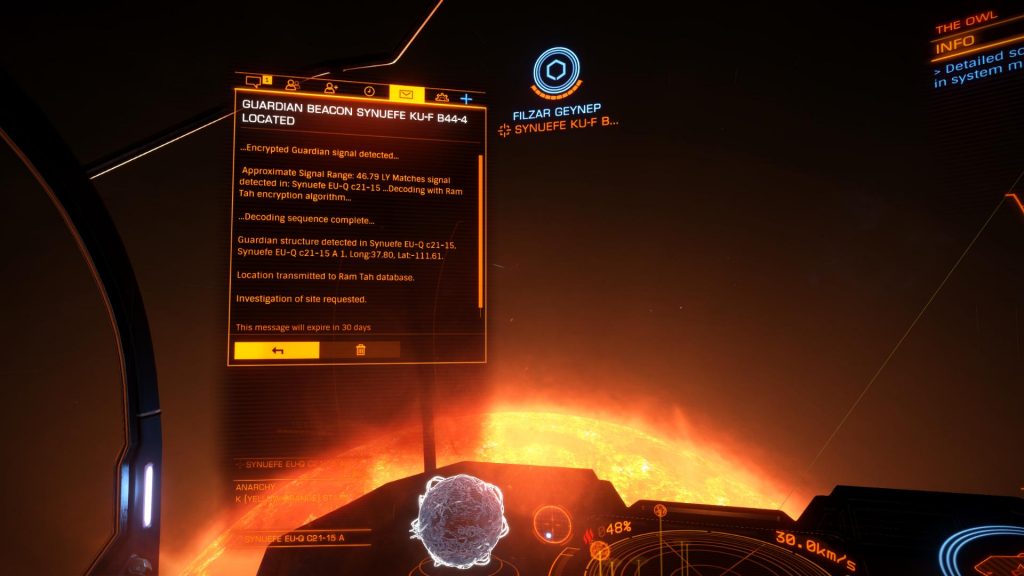 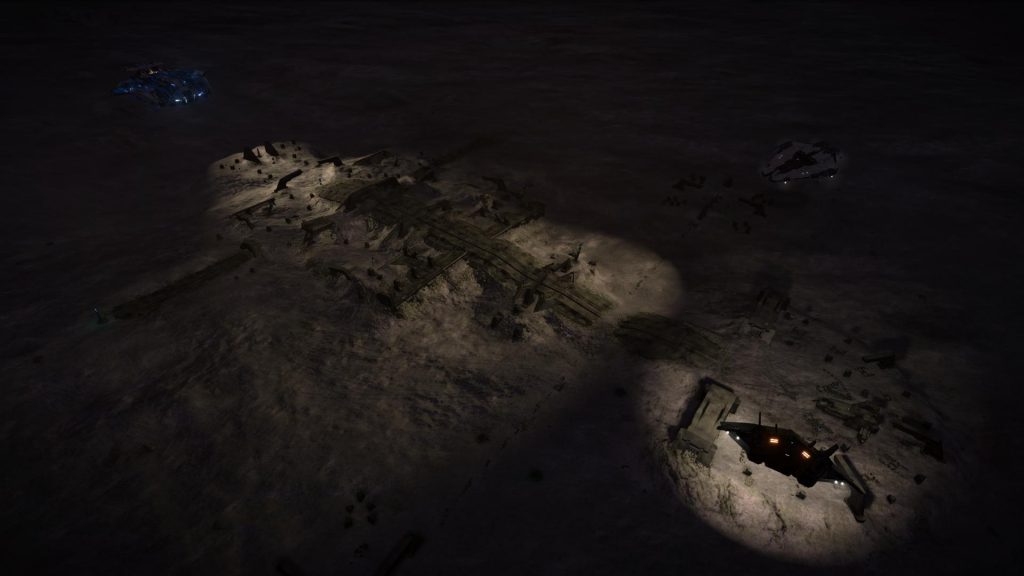 Pay attention to the many sentinels present here, there are way more in numbers than the other structures. Destroy them and recover their materials, open fire on the cyan panels, activate the 6 pylons to unlock the data; In short: Fire fire fire! Collect gather scan! After activating the 6 pylons, insert the Ancient Key you have recovered from the Guardian Beacon, into the “X” near the console.

In addition to the Guardian Vessel data, you will need a lot of materials to… unlock the Guardian/Human Hybrid Fighters! 😉 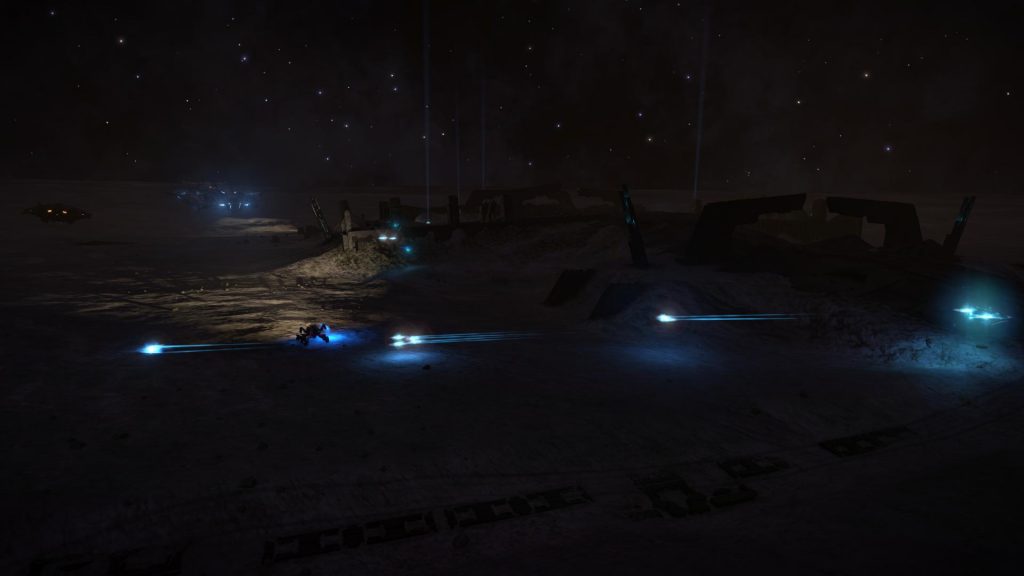 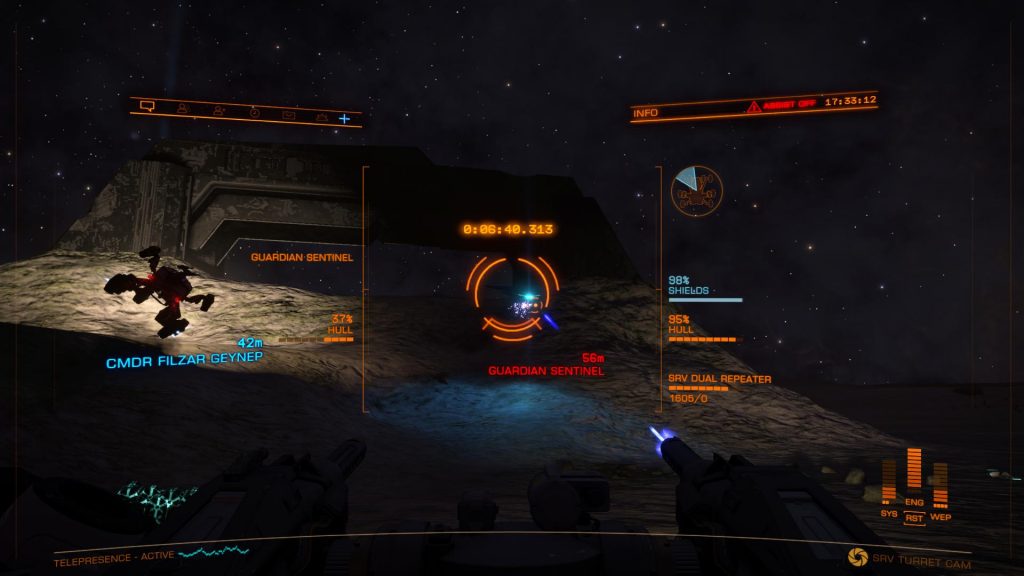 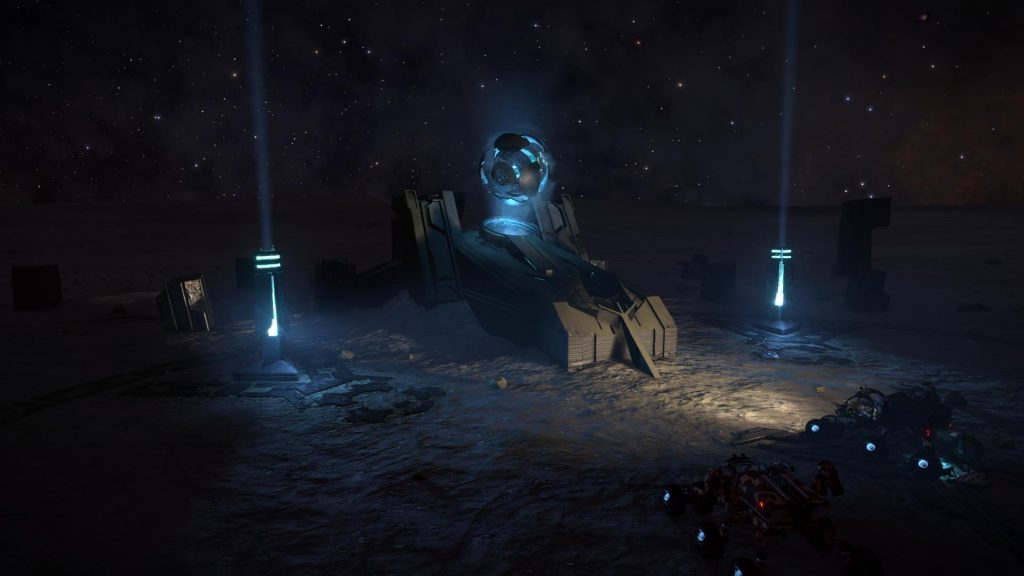 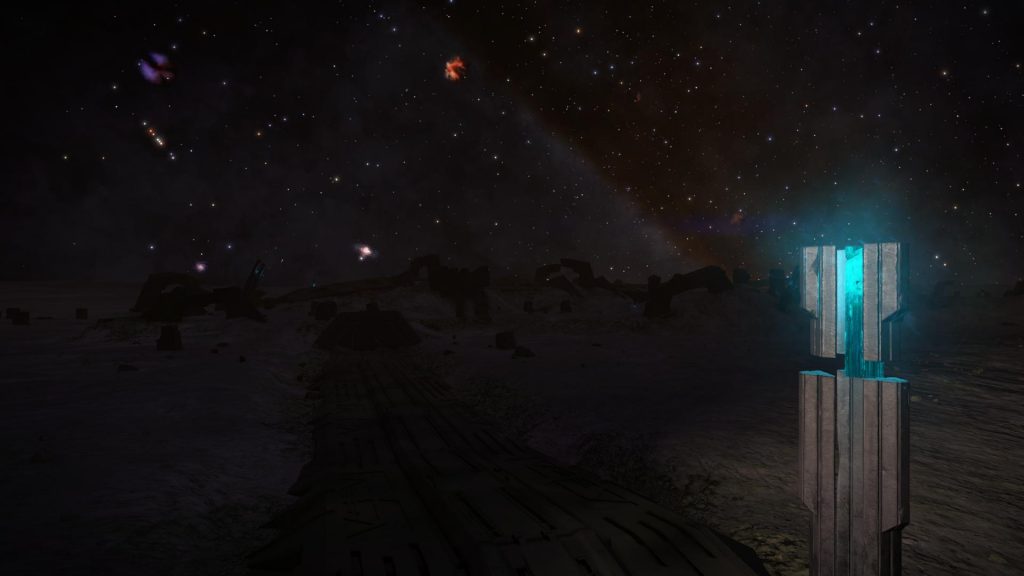 Yes yes yes, Chapter 3 offers three Hybrid Guardian/Human Fighters, and these are excellent!
Let’s detail together how to obtain and equip these. 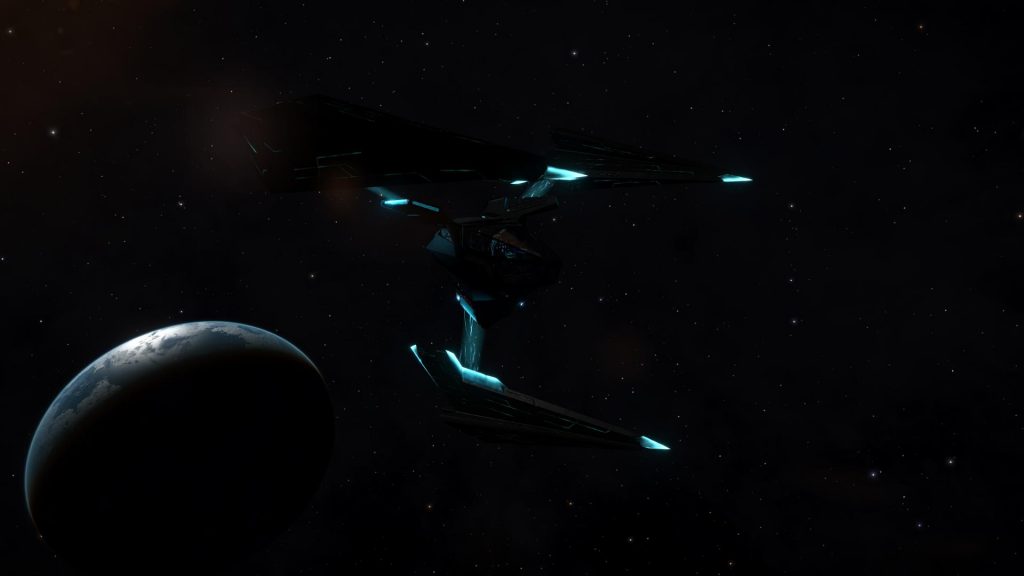 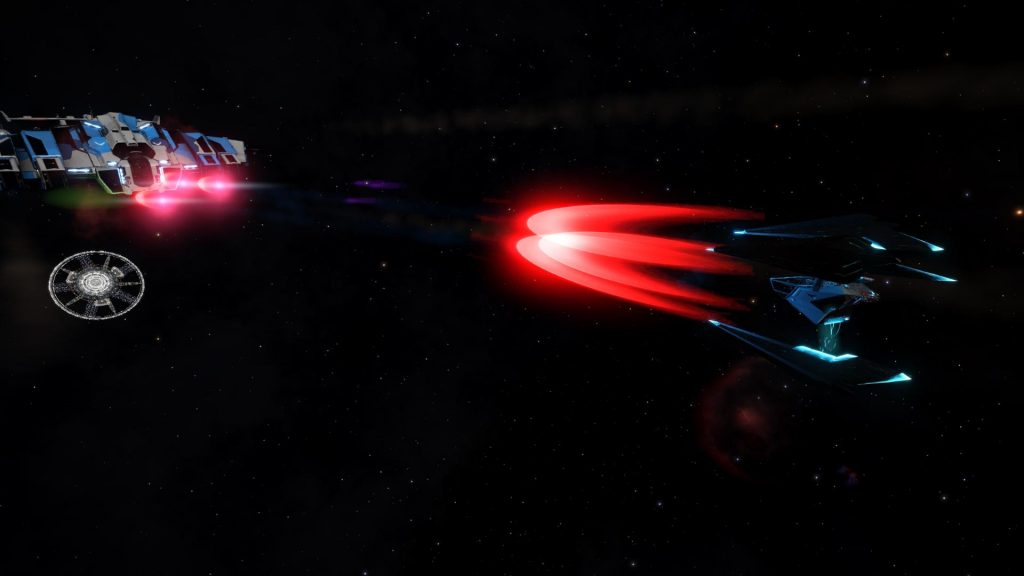 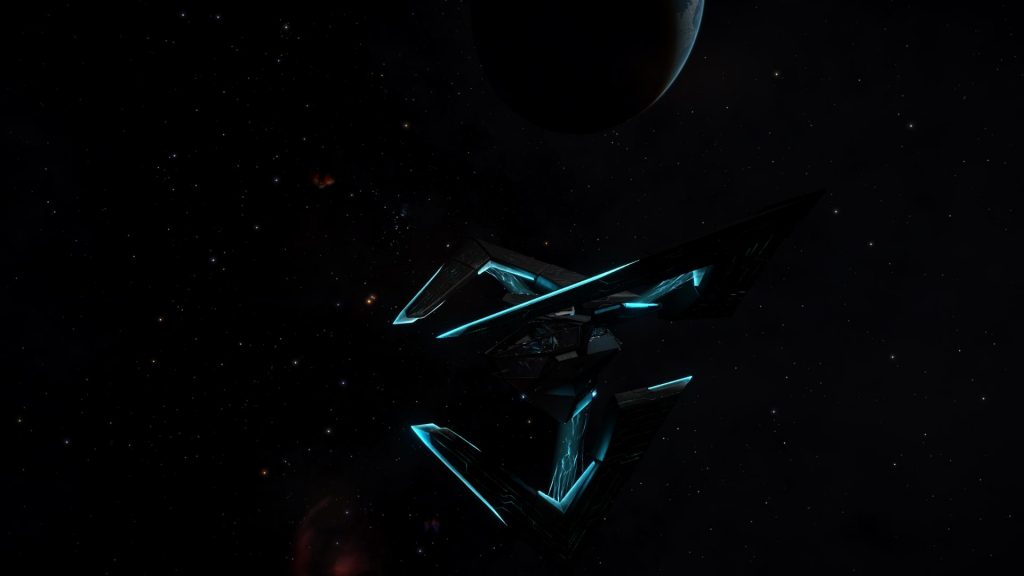 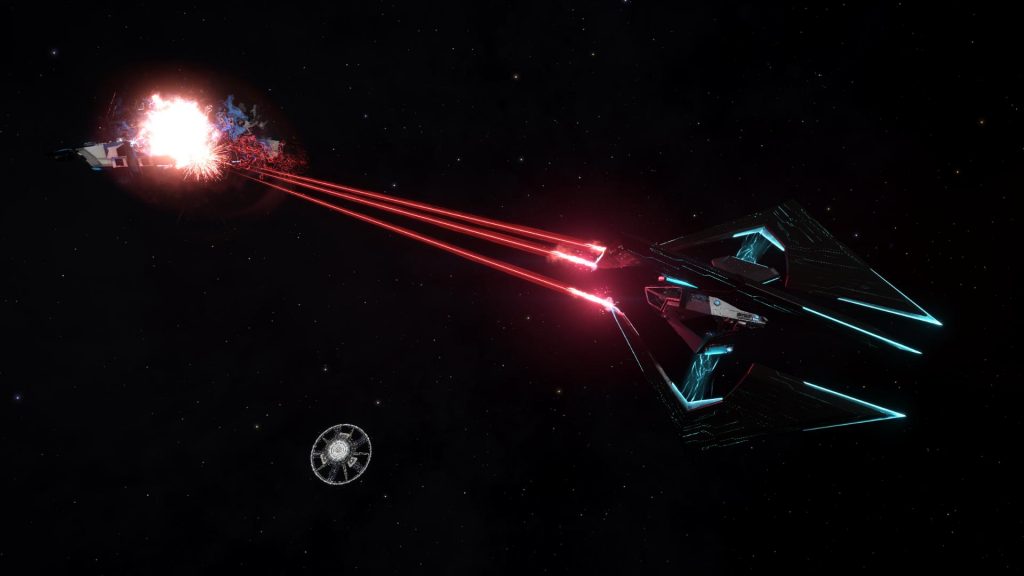 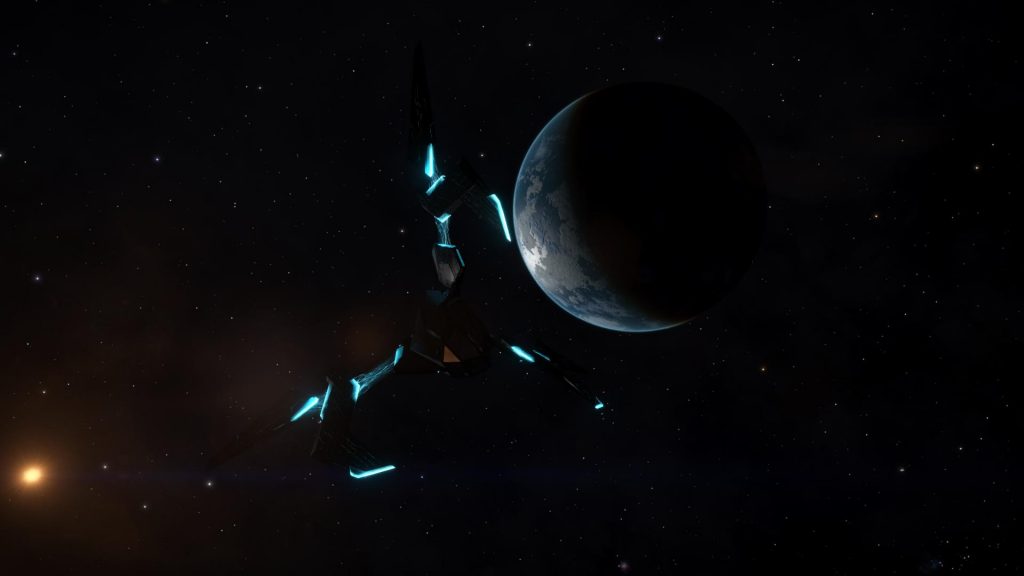 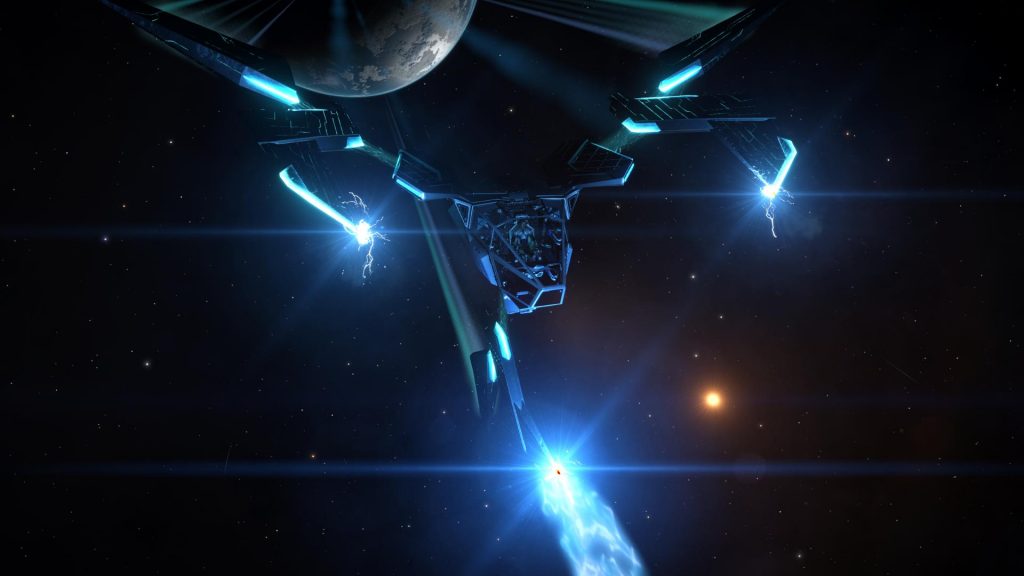 Compared to other fighters, these hybrids are rather well ranked, without overpowering the other humans fighters.
The shields are also original and respond to the damage by creating polygons, representing the shield. 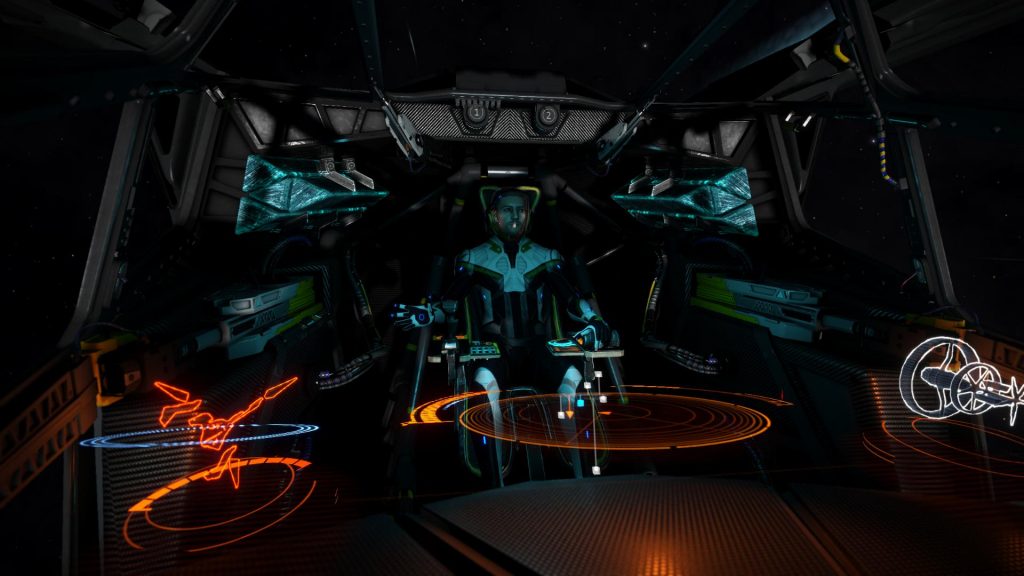 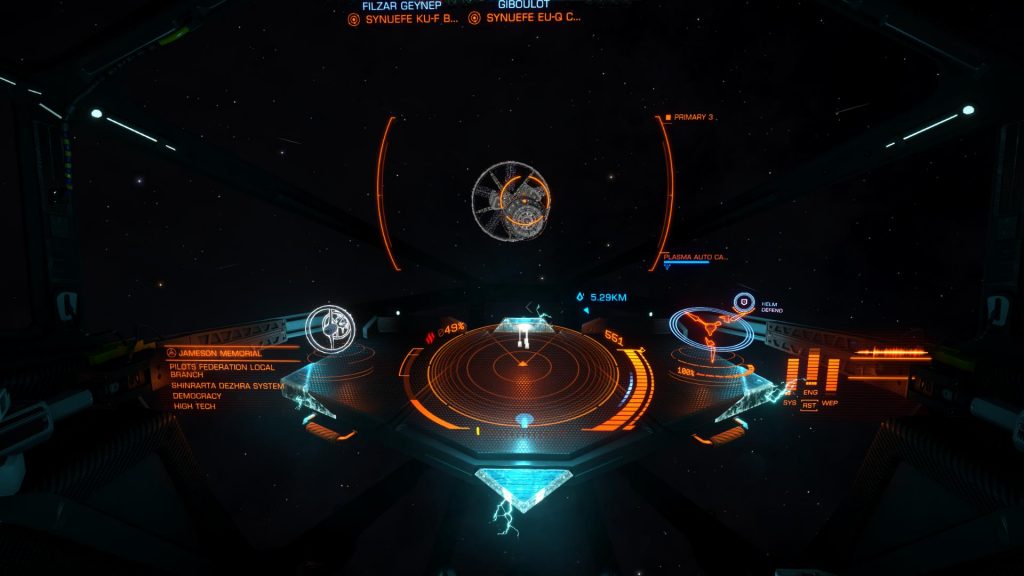 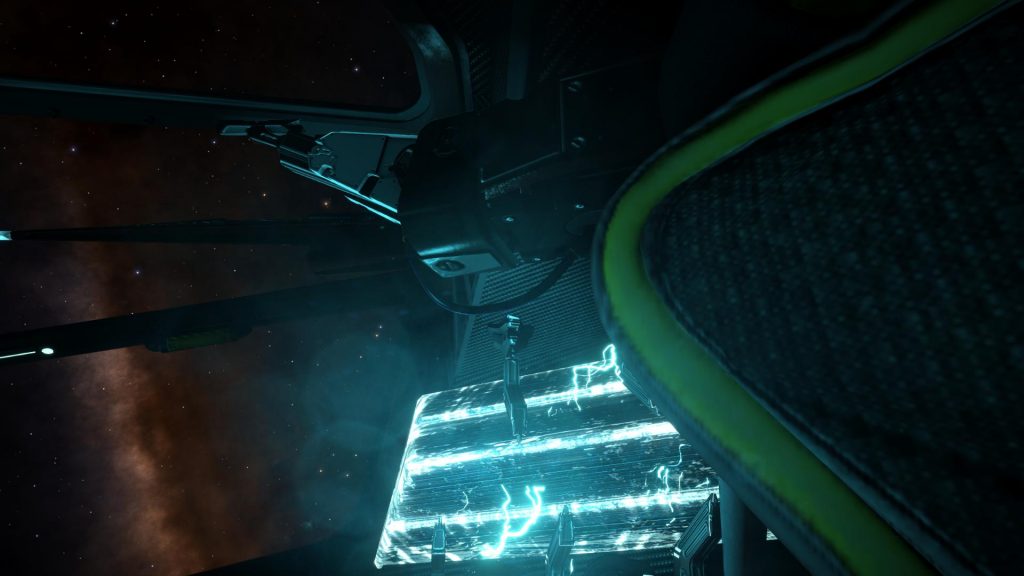 They will be excellent assets in the fight against the Thargoids… especially when a new Hydra Interceptor enter the scene! Good luck with its 8 hearts, 128 Thargons and many destructive weapons.

Thank you, Filzar Geynep, Galaxy500 for your help during the livestream, showcasing the new content.