It is easy to use a weapon and shoot but, do you know the mechanics behind these “damage”? Let’s detail this part of Elite: Dangerous, a guide for beginners and veterans. 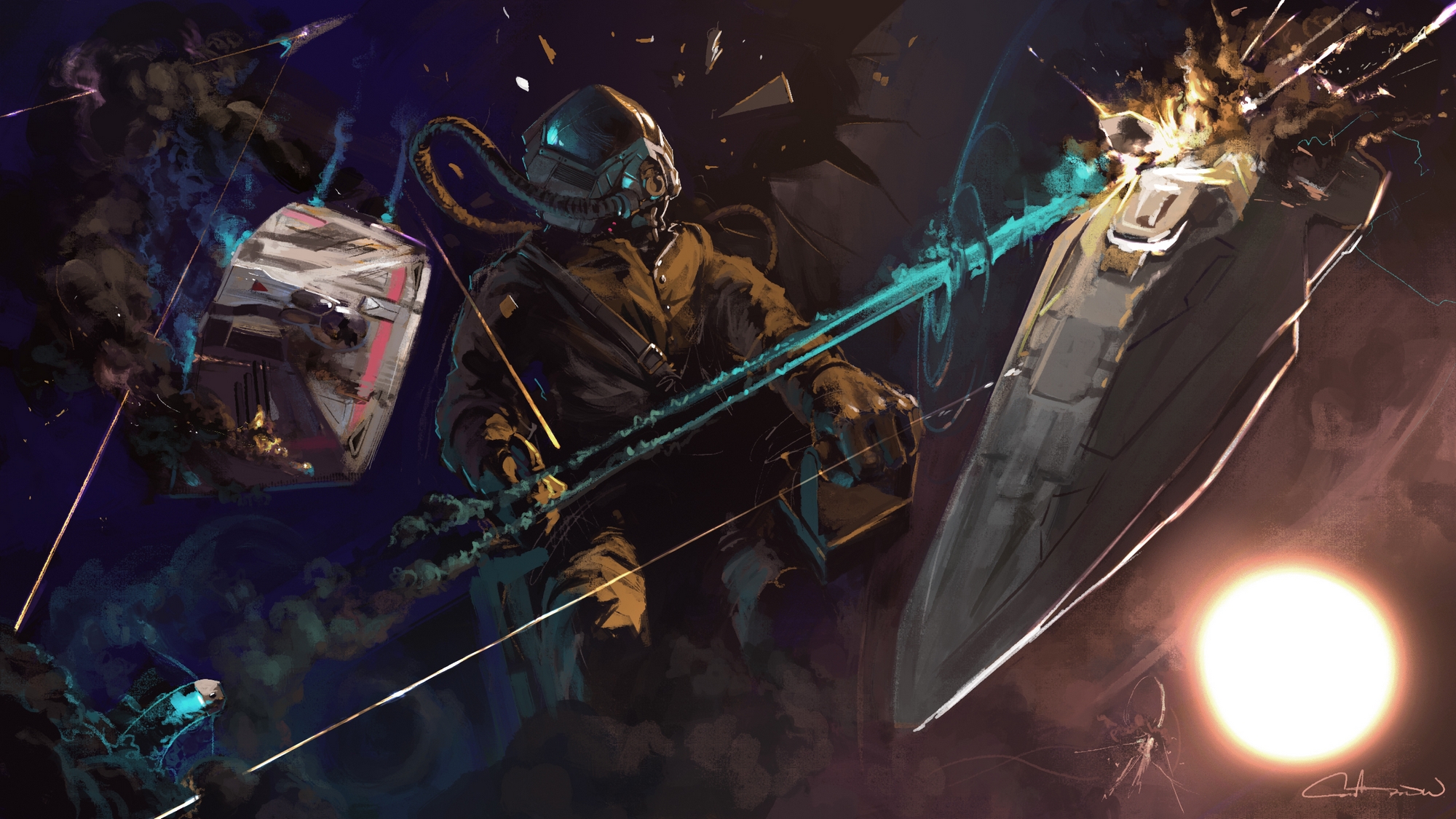 There are five types of offensive means in Elite: Dangerous representing the various weapon technologies involved. The damage can be of the Kinetic, Thermal or “ballistic-energetic” types, say Hybrids. There are also Explosive weapons and much rarer, Caustic.

For more details on the three types of hardpoints and their mounts (fixed / gimballed / turret), visit our Fighter guide – Weapons.

All weapons have an Armor Penetration value, Damage and / or DPS causing damage depending on whether the target is a shield or hull. You will get the complete list of these values ​​via the Wiki Elite. In-game penetrations values are simply listed “Rated” A, B, C, D, E and F. It is used to counter the Hardness of a ship and cause internal damage and / or more damage to the hull.

Fixed weapons penetrate better than gimballed weapons and turrets, but it all depends on the size (class) of the weapon, its type of armament, its type of damage, the hull / shield target & their values, the hardness of the ship, its resistances … in the end, the damage score is a calculation of different values, bonuses and maluses.

Ballistic weapons fire solid ammunition propelled by a powerful detonation in the weapon itself. They generate little heat but have a limited number of ammunition and clips. These weapons are effective against the ships’ hulls. 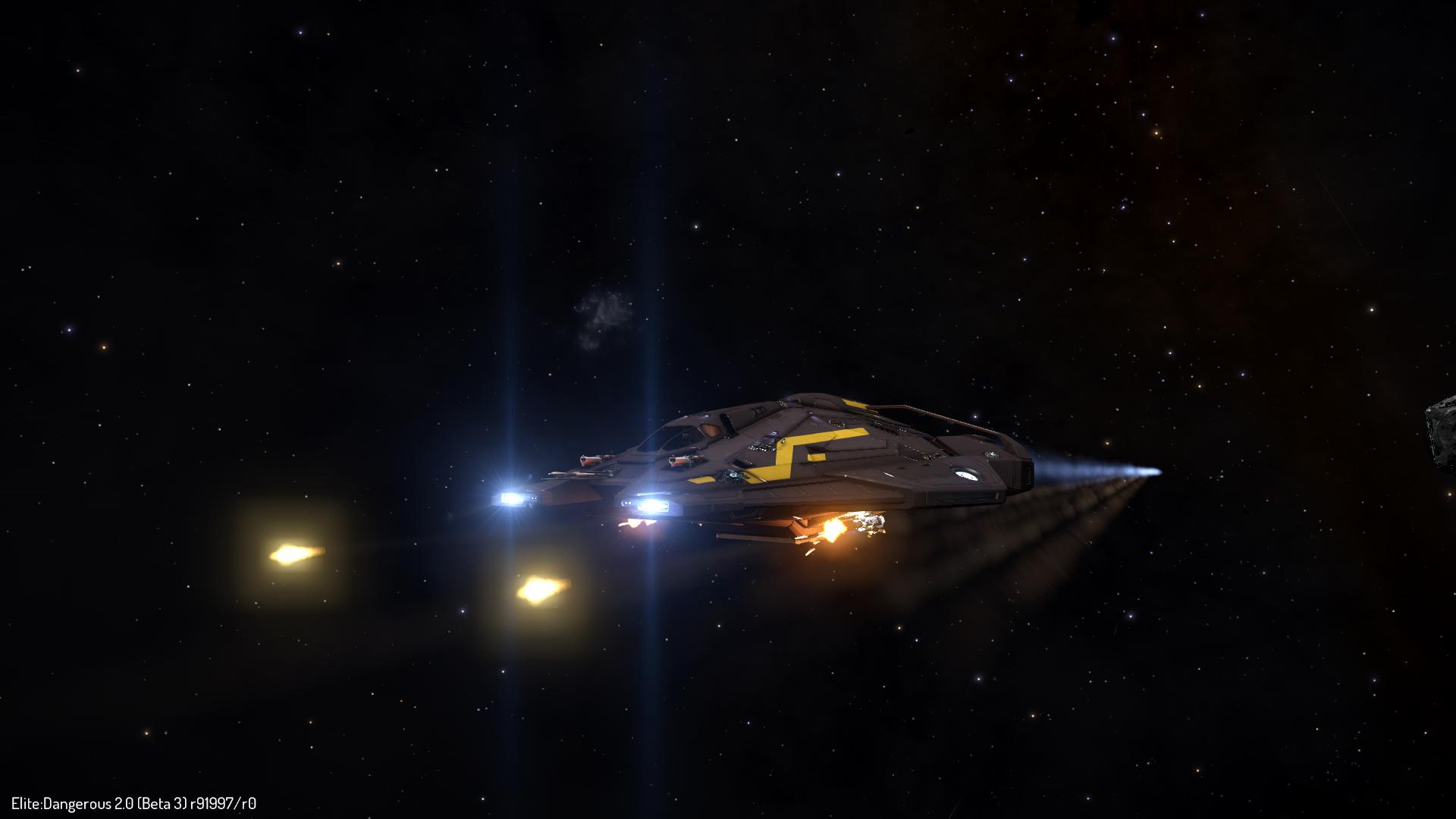 Thermal weapons, on the other hand, do not need ammunition because they draw directly from the ship’s power plant to generate a beam of energy between the weapon and a given point. They generate a lot of heat and are very effective against the shields. Depending on their type, they can be interesting against some hulls thanks to increased penetration.

Remember that putting extra energy points in WEP (weapons) will not increase your damage. These points represent the regeneration value of your WEP capacitor, so you can fire more often. 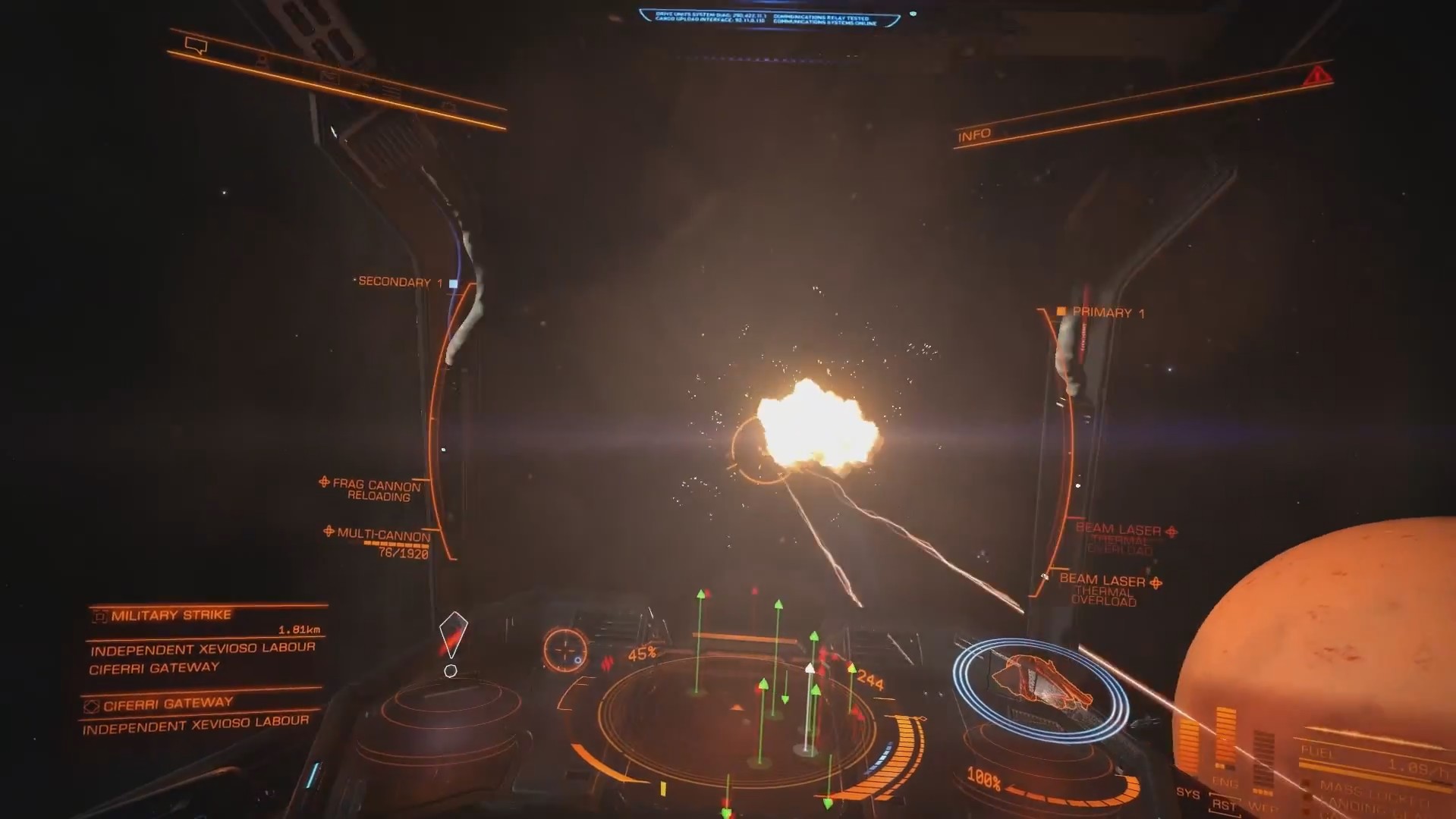 Their ammo are propelled at very high speeds towards a point. While requiring a lot of energy to achieve this feat, the hybrid weapons can however inflict very important damage to the vessels without a lot of defenses.

The Railgun and Plasma accelerators are the two current hybrid weapons (not counting their variants). They inflict a mix of ballistic and energy damage established on:

Note that their penetrations are so great that their damage are absolute and ignore ~50% of the target’s resistances. It then applies ~30% thermal damage and ~10% kinetic damage.

Missiles, torpedoes, mines are useless against the shields, however they are very practical against the hulls of the ships in order to create an explosion that will damage simultaneously many external modules, including the weapons and defense systems. 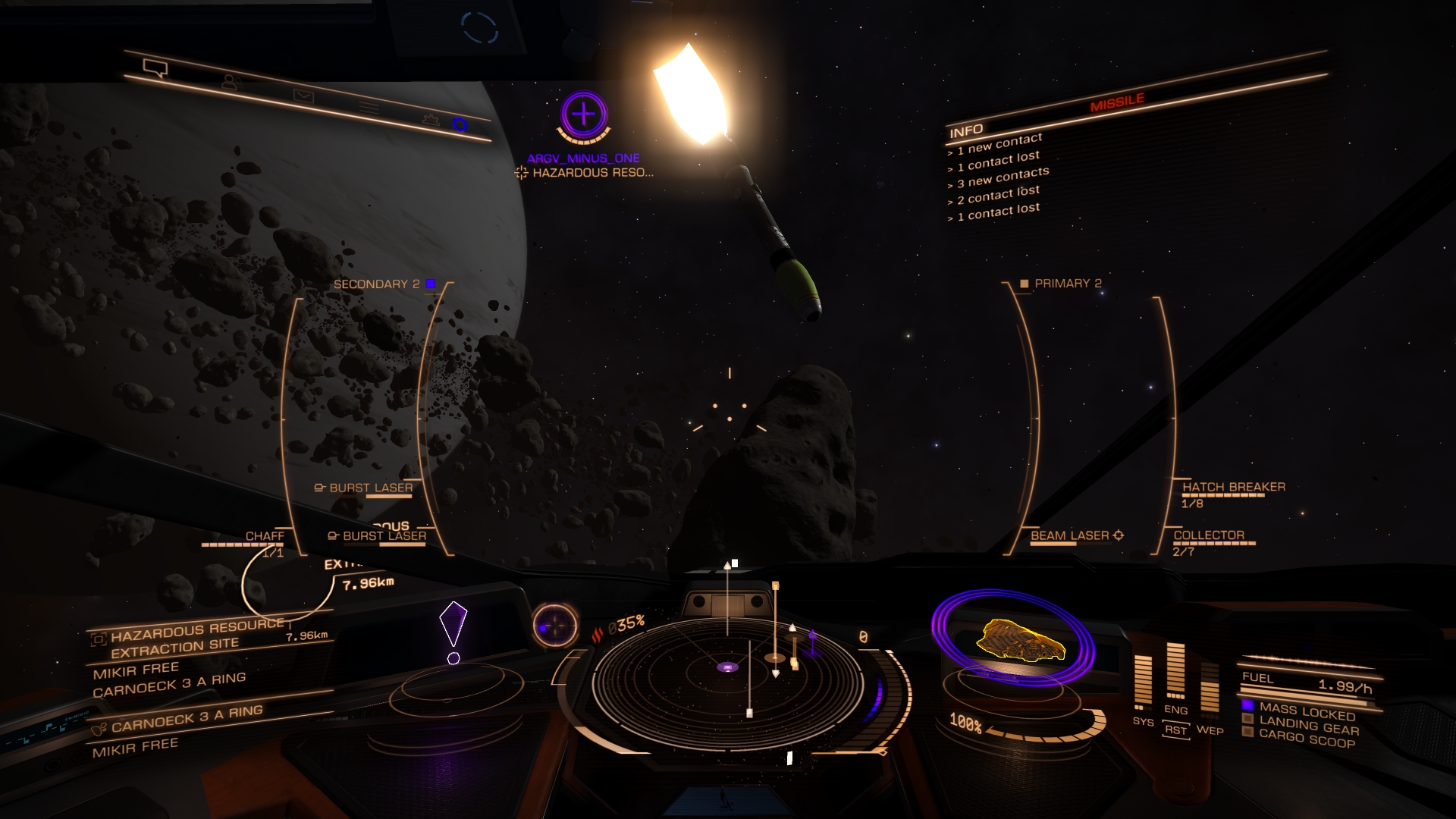 Shields, shield cells, armour, hull, reinforcements, countermeasures, … are all ways to defend your ship against damage that await you during a space combat.

For more details on countermeasures and defenses, visit our Fighter Guide – Defenses.

All ships have a Hardness value. This will add defenses to a ship to reduce the attacker’s weapon damage, depending on its Class. You will find the complete list on the Wiki Elite.

Our energy fields called shields are more or less resistant to damage:

This is a simple and effective defense. The Railgun have a low % chance of penetrating the shields, especially at short range.

The more pips you put into SYS (system), the more damage you will be able to absorb. It is interesting to equip Shield cells to re-boost your weaken shields and also Shield boosters to improve your max shield value. 4 points to SYS represent about 58% more resistance to damage thanks to your shields.

Read “Focus – The Shield Generator” for even more details. (editing) 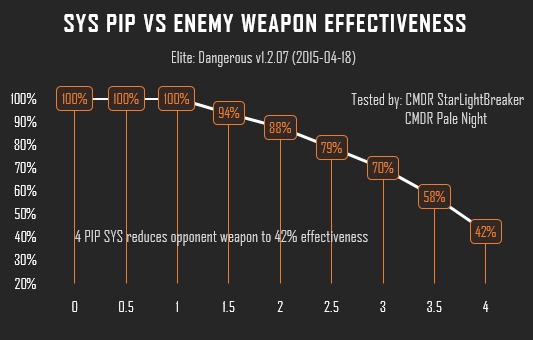 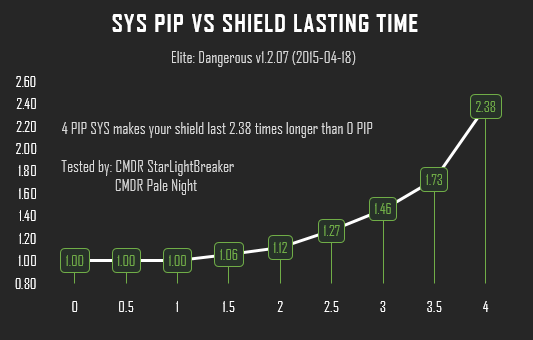 In order to make things simpler, I’ll go back to the Triadius chart which is still valid in 3.0, then compare the other armour to the standard light armour, the one equipped by default.

An Anaconda is targeted with direct attacks on the hull, 300m away. We also use a fixed Class 2 Pulse laser for Thermal damage, as well as a fixed Class 2 Multicannons for Kinetic damage. The % HP of the hull was repaired between each of the tests. The explosive and hybrid types weren’t tested, but you can deduce it by checking your resistances stats via your right hand panel, in your cockpit.

By shooting at the Anaconda for a given time and testing out the different armours, they were able to create the following values representing the % of hull destroyed during this given period of time: 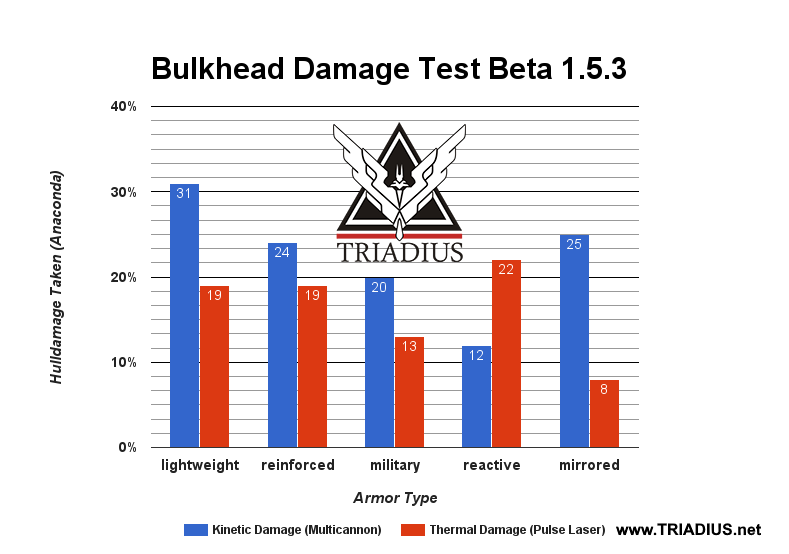 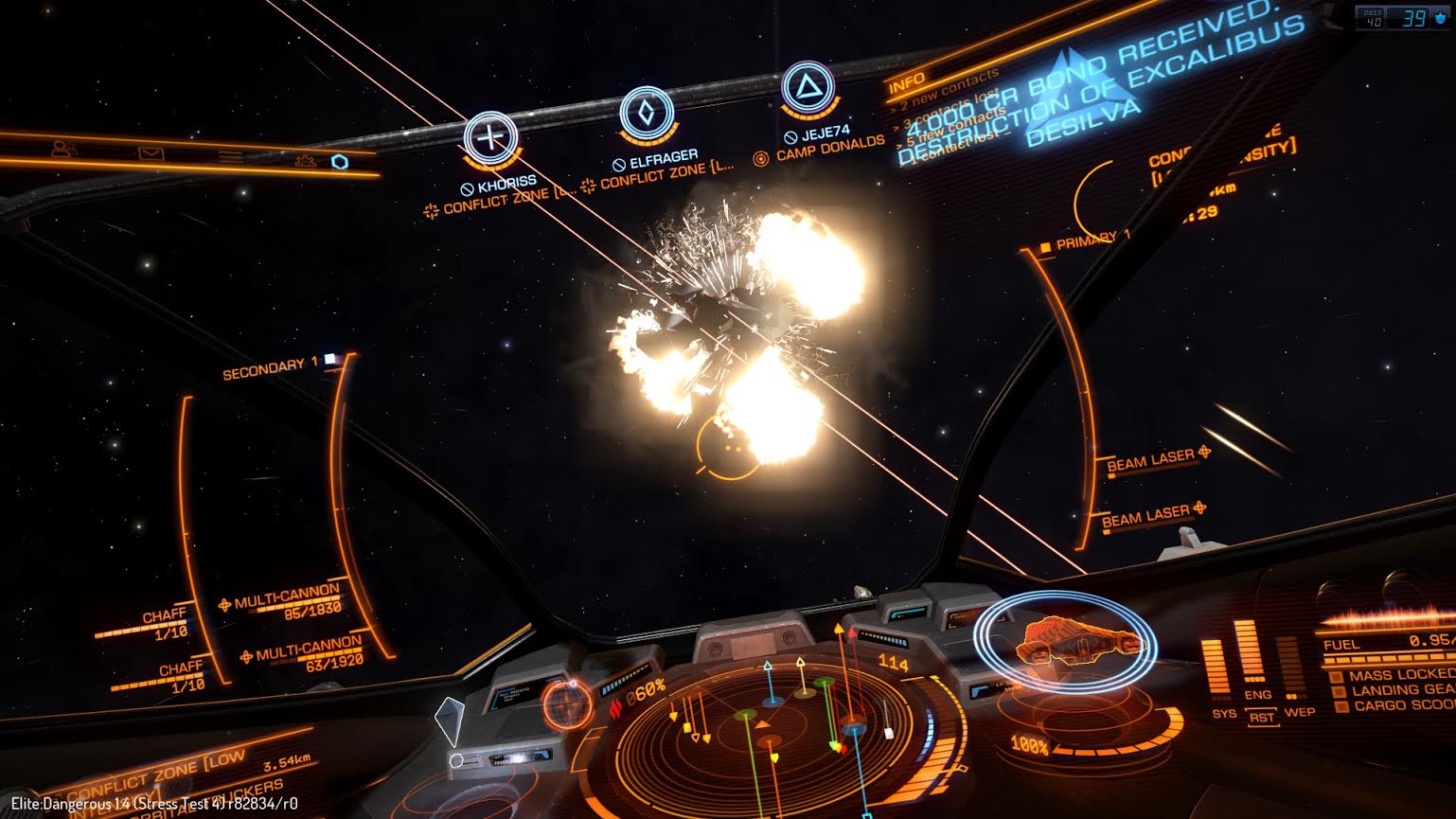 Compared to the Military grade armour

However, it should be noted that a Reactive Armour modded with Thermal Block is currently the best armour in-game in order to obtain a big hull gain while having enormous resistances to each types of damage.

Most NPCs and players use a mix of kinetic and thermal weapons. Therefore:

Also note that the more damaged your ship is, the more likely the attacker will have a high chance of penetrating your armor.

Consider an attacker and a target without shields. We know that small weapons suffer a malus when attacking large ships (high hardness). But how much this penalty is? What is considered a large ship? As described above, APF (Penetration) and HFV (Hardness) should be considered to determine how much damage a weapon will inflict on a given ship.

Thanks to the few data annotated above and this formula, one concludes that:

We can also deduced that some ships, such as the Asp and its hardness value of 51 for example, are very resistant to small weapons C1 while it is a ship of reasonable size. A small C1 pulse laser will do about 40% of its damage while a C2 medium will do about 68% of its damage. It would be advised to use a C3 large Pulse laser in order to make ~100% damage of the weapon.

Be careful, the hull reinforcements and the hulls themselves do not increase this hardness value. They increase the armour, the hull of the ship and thus: “its total of life points” and does not modify in any case to its internal structure of Hardness. The latter is a fixed value given to each ships. 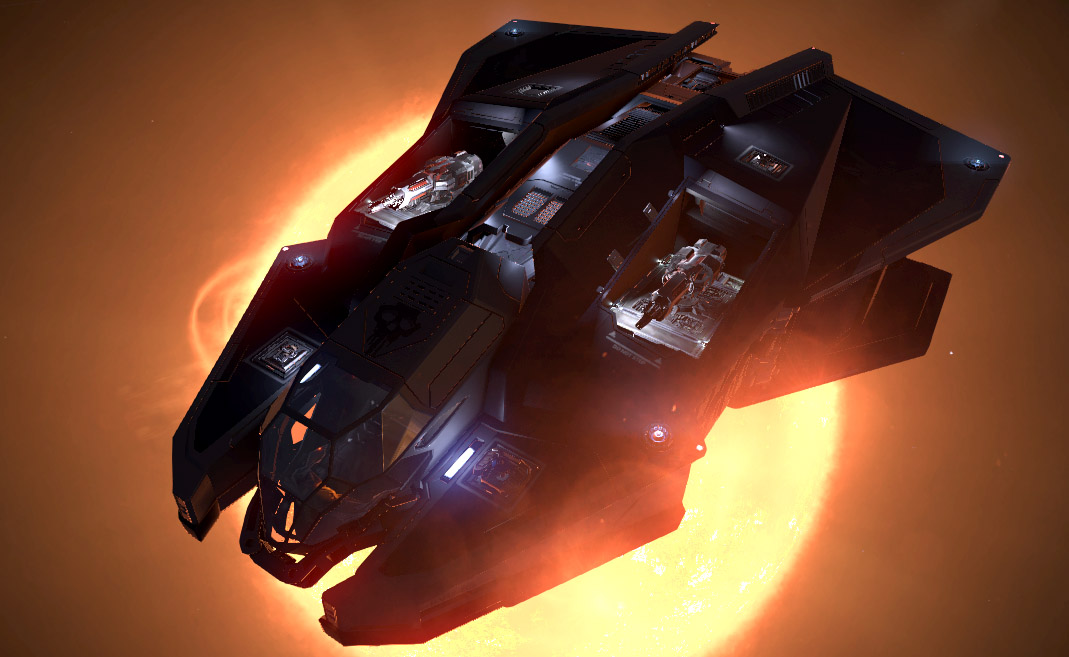 This damage is calculated before taking into account the types of hulls and their resistances to different types of weapons.

1) The first step is to check the damage done by the defenses of armor and shields.

2) There is then a second step on damage reduction, used only for the hull: the Hardness. Each armour has a hardness score and each weapon has a penetration value. All damage is multiplied by: Min (1.0, Penetration / Hardness)
As a result, a small pulse laser (20) would do full damage to a Sidewinder (20 as well), but less than 1/3 damage to an Anaconda (65).

3) It then decides if the shot has penetrated the armour. There is a random chance to penetrate depending on the current hull of the attacked ship. The exact score varies depending on the ship and the weapon used but say it could be 40% chance when the ship has 100% hull, and 80% near death. If the die roll of the penetration misses, all damage is done to the shell and not to the module, go to step 8.

4) All ships have a rendering of internal and external modules. Here, the Imperial Courier for example. 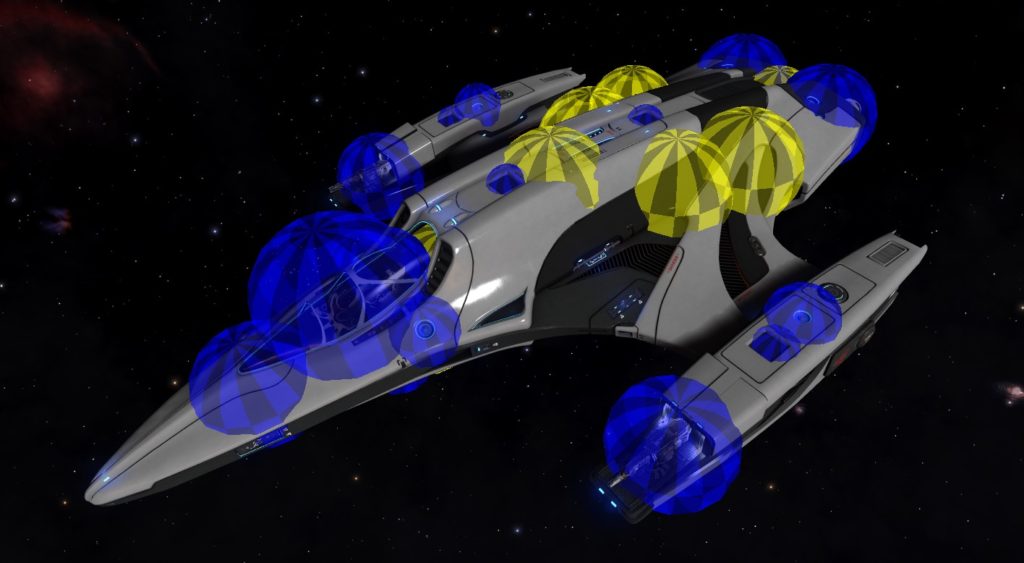 There are two kinds of spheres, if the point touched is blue (external module), the module concerned is the affected module; go to step 7. If it penetrated, use the yellow spheres.

5) If the shot has penetrated, we will want to know how far the weapon has smashed the entrails of the ship. Each ship has a penetration value (usually 75% of their weight), which is then modified more or less depending on the armament used to attack this ship. The very powerful railgun is apart and will still pierce the ship.

6) Depending on where the ship was hit, the direction of the shot and the penetration score, we can imagine a line through the ship to determine which modules were hit. All affected yellow points (internal modules) are candidates to receive damage. One of these modules will be the target, depending on the penetration area of ​​the shot on the modules. The module most affected by the ray will receive the damage. If nothing has been hit, go to step 8.

7) Internal or external, we now know that a module has been hit. The damage received will be separated between the hull and this module by a ratio, depending on the weapon. Generally, weapons apply 80% of this damage to the affected module. No additional defense is added at this point, as the armour of the hull has already done its job. Same for external modules, we assume that armour is applied to the surface. It is also at this point that the module can malfunction.

8) All damage not inflicted on a module is inflicted to the ship’s hull.

9) After applying this damage, it remains a final step to apply side effects to the ship or modules. This can be heat or malfunctions applied to other modules.

Point by point the crucial information for this Focus: 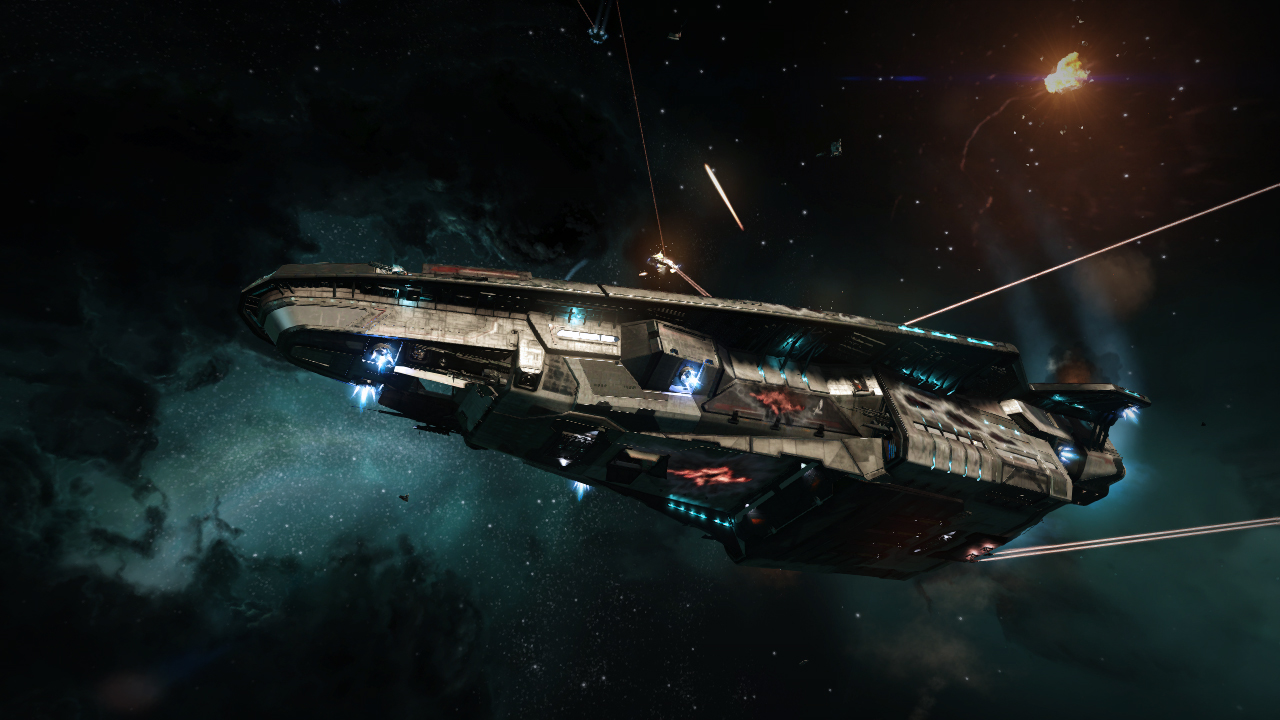 Any question? I’d be happy to discuss with you! 🙂