Materials are precursors to the Loot and Crafting update. Here, we’ll be talking about the elements that we can discover and collect on the surfaces of planets and in the asteroid rings surrounding certain planets. We can discovered the elements on the surface thanks to our SRV’s scanners and store them in our inventory. A simple Mining ship is enough if you’re working in the rings, but let’s take a look at the surface mining. The good thing is that we can also use the elements in the Synthesis system. Players can create various things by synthesizing these elements. Via the right panel in your ship or SRV → Cargo → Synthesis – Replenish your weapons’ ammo, your oxygen, create drones or other useful things on three levels of qualities.

There are therefore 25 elements with different properties spread over 5 rarities that can be found on the surfaces of moons and planets. For my part I found all these elements on the Metal Rich and Metallic planets. Rocky brought me a few elements while the Rock/Ice and Icy only brought me very few elements.

Whether they are icy, rocky, rock/ice, metal rich, metallic, the materials are waiting for you. The latter come in different concentrations depending on many physical parameters on the surface: its temperature, its pressure and its distance from the star especially and especially: the age of the star. The younger the star, the more abundant the materials. To find the best planet, you must search for the points below. Do not waste too much time, many planets do the trick, just scan its surface using a Detailed Surface Scanner with your ship, then check the elements’ concentrations in the system map, via the details.

You have 1000 free slots in your Materials Inventory, use it wisely for the Elements and Manufactured. Here’s how and where to usually find them:

Mainly found in the Chondrite Bronzite and the Outcrops veins. Some Mesosiderites as well but in smaller numbers. These elements can be harvested on all planets types: Rocky, Icy, Metal Rich, Metallic, Rocky/Icy.

Mainly found in the veins of Mesosiderites and regularly in Outcrops. These elements can be found on following planets types: Rocky, Metal Rich, Metallic.

Found in the veins of Metallic Meteorites and Mesosiderites. These elements can be found on following planets types: Metal Rich, Metallic. 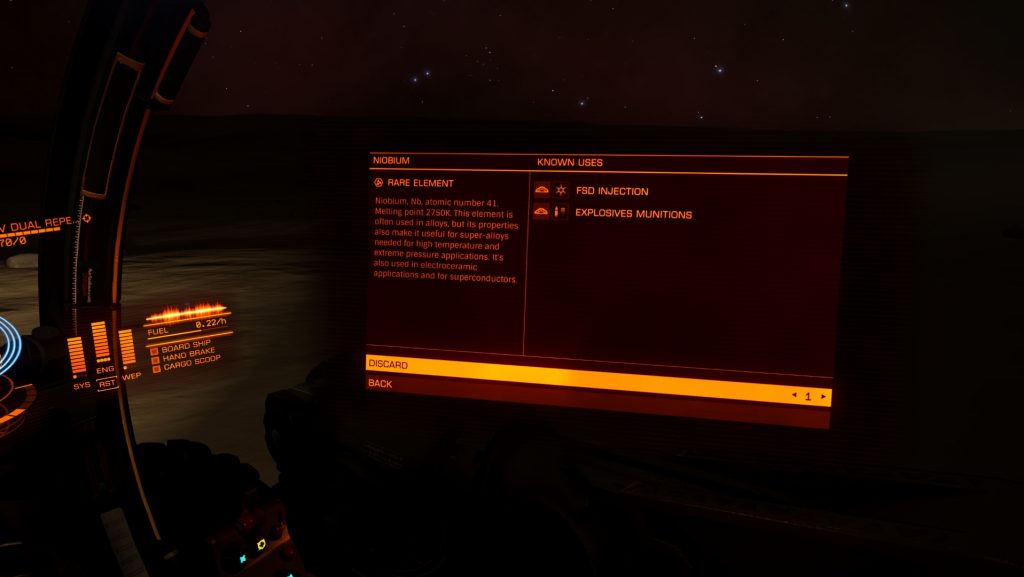 Found in the veins of Metallic Meteorites and slightly Mesosiderites.

These elements can be found on following planets types: Metal Rich, Metallic.

Mainly found in the veins of Metallic Meteorites. These elements can be found on following planets types: Metal Rich, Metallic. 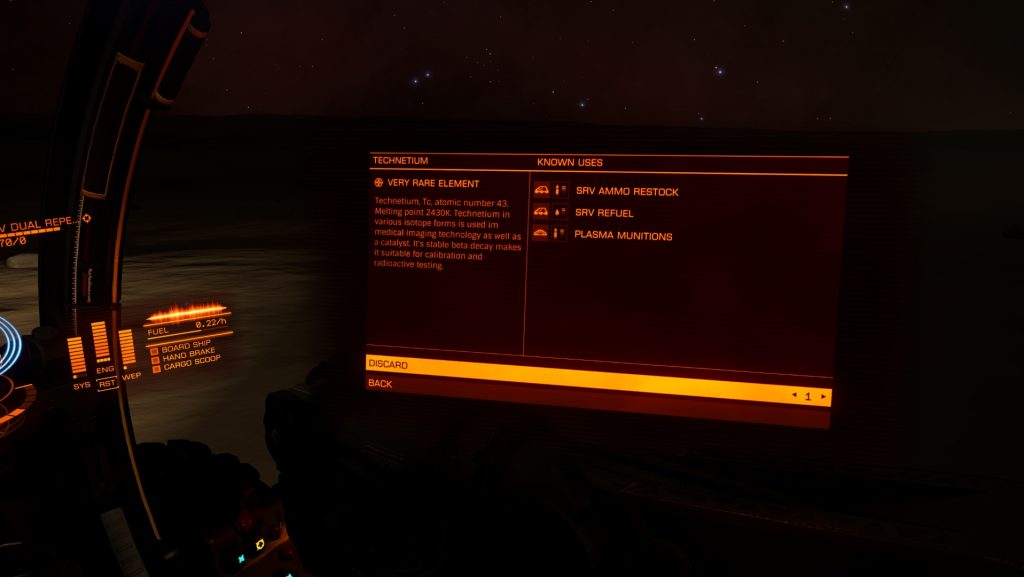 Your SRV Scarab has a scanner. The latter emits different sounds and signals depending on the distance of the scanned object and its type. Learn to recognise these audio and visual signals.

► Full scans of audio and visuals on WaveScanner.net! ◄

Look for a signal around you by slowly turning your SRV; you need an appropriate signal depending on what you are looking for. Once you found the signal, go straight to it and find the vein: the spectrum on your scanner should be narrower as you approach. You found a deposit!

It is possible to find different veins, commodities and points of interest (POI): 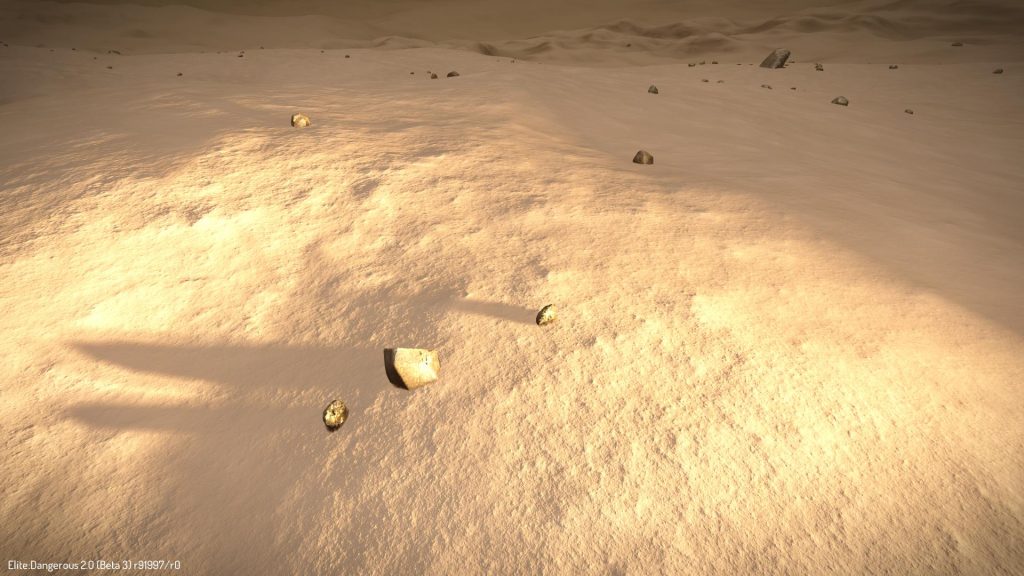 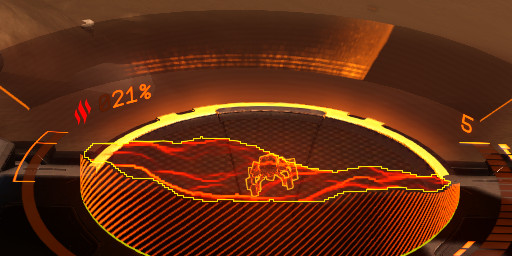 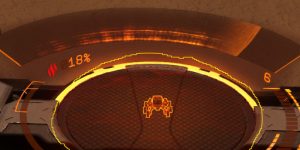 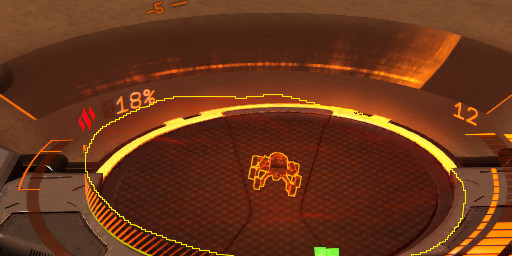 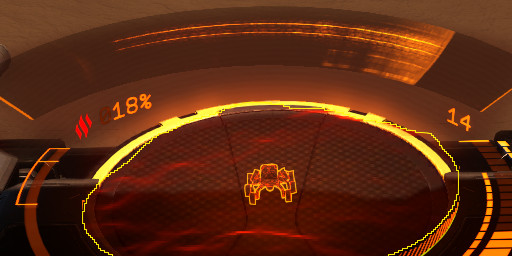 Watch out for drones buried in the ground that could attack you. These are green when idle and red when they go into offensive mode. 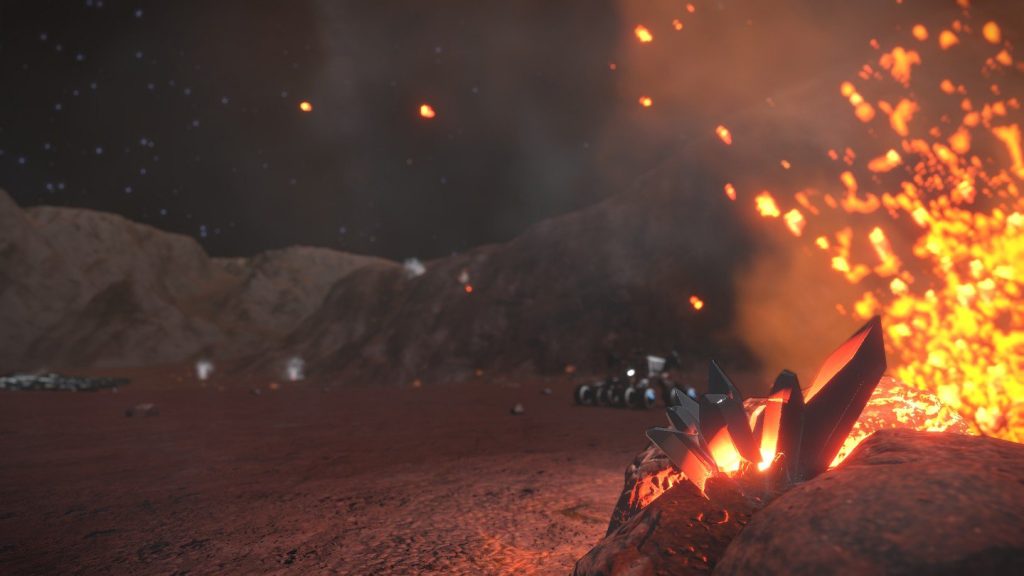 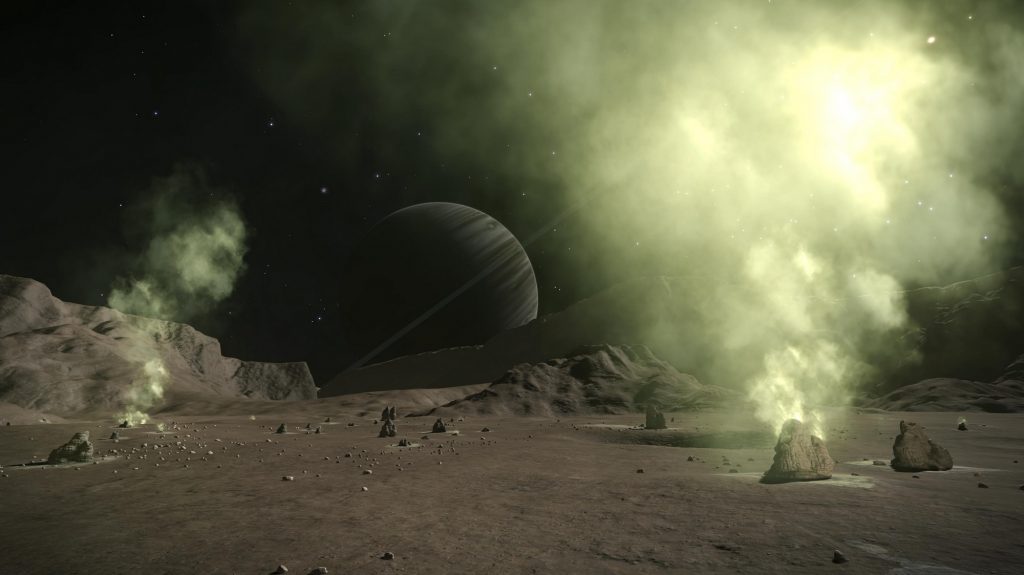 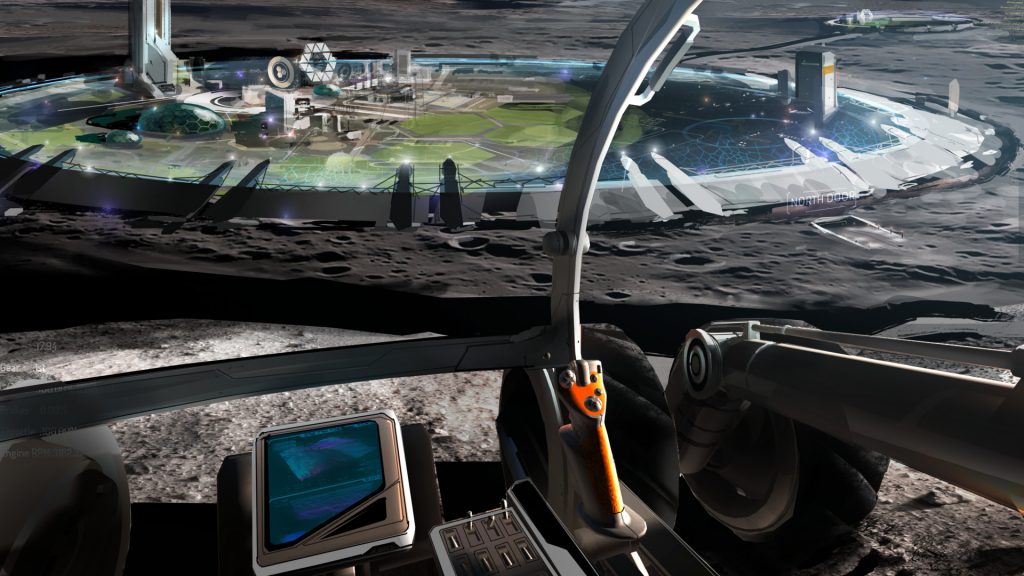 With these information, I’m sure you will be able to hunt some elements on the surface! Feel free to share your knowledge with us if you have some tricks or data that could improve the overall guide. Thanks!