Dealing with the Thargoids Bases

Monday June 26th, shortly after Update 2.3.10, the first scientists-pilots rushed in-game to look for possible mystery addition to the game… and of course, they found something. An immense “Thargoid base” is spotted on the HIP 19026 system, planet B 1 C, coordinates -17.95 // -152.68. No need to bother looking for the exact location, the place is so big that it is visible from space! 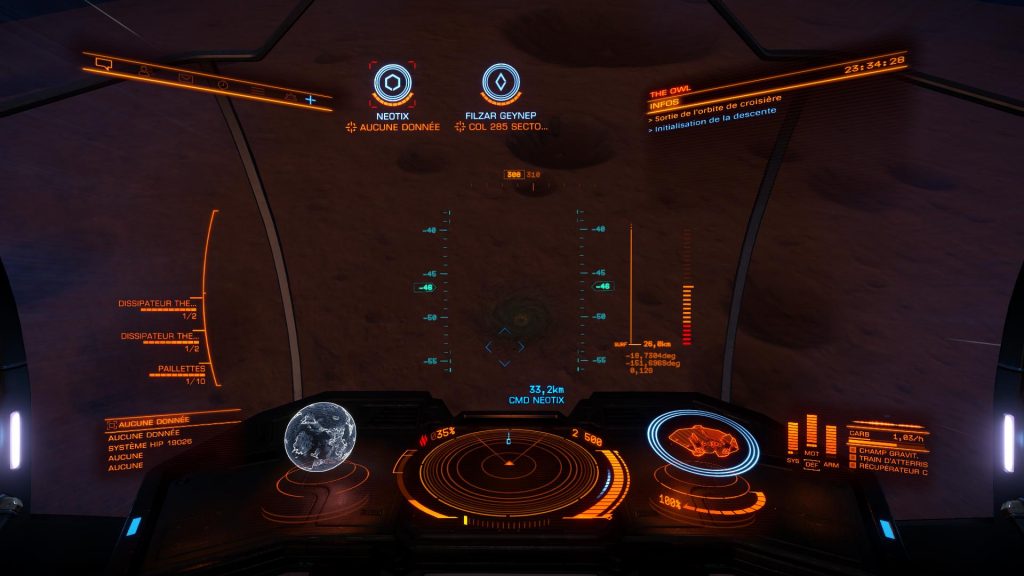 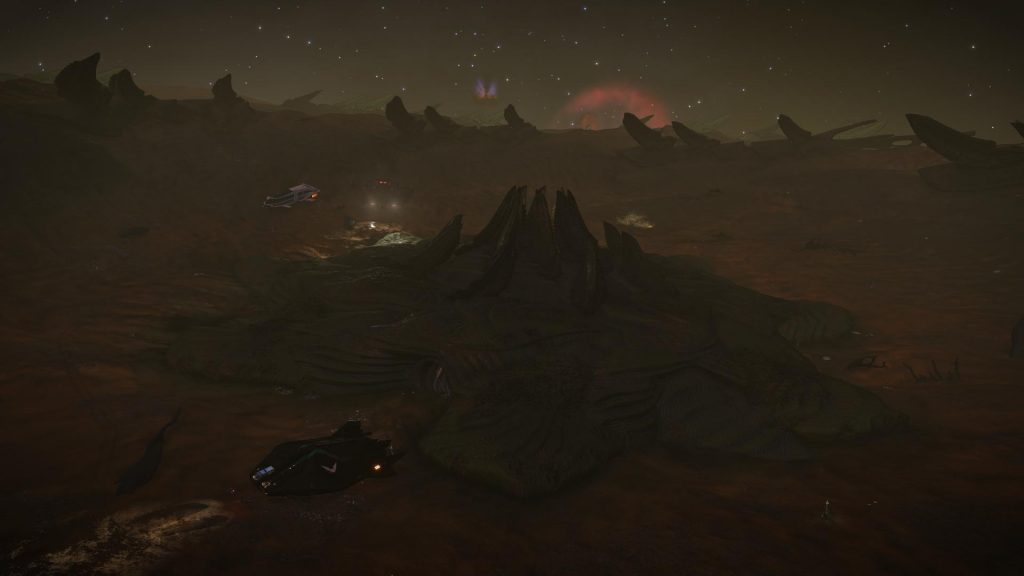 Although we don’t yet know exactly the meaning of this place, many things are present on-site: Scavengers, small reddron drones moving debris, meta-alloy peaks, strange eggs on the ground and on the walls of some tunnels, small fumaroles, green boxes containing Thargoids elements much like our canisters and communications systems (15 in number). 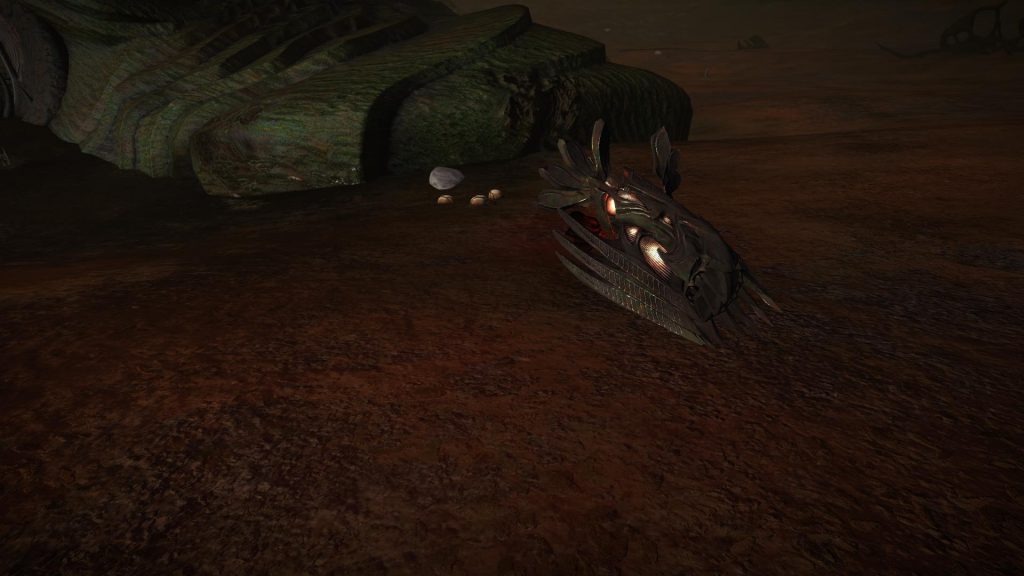 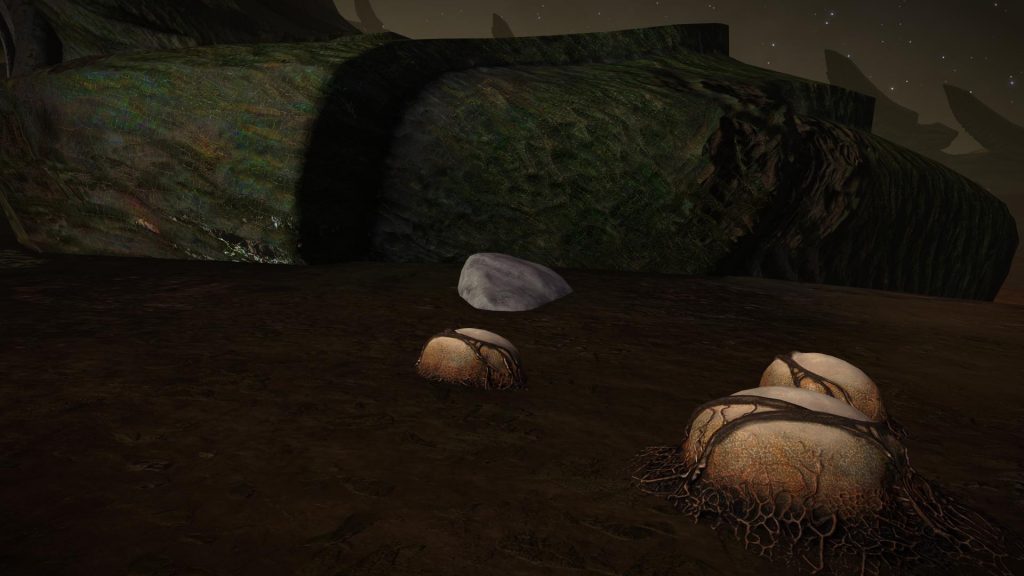 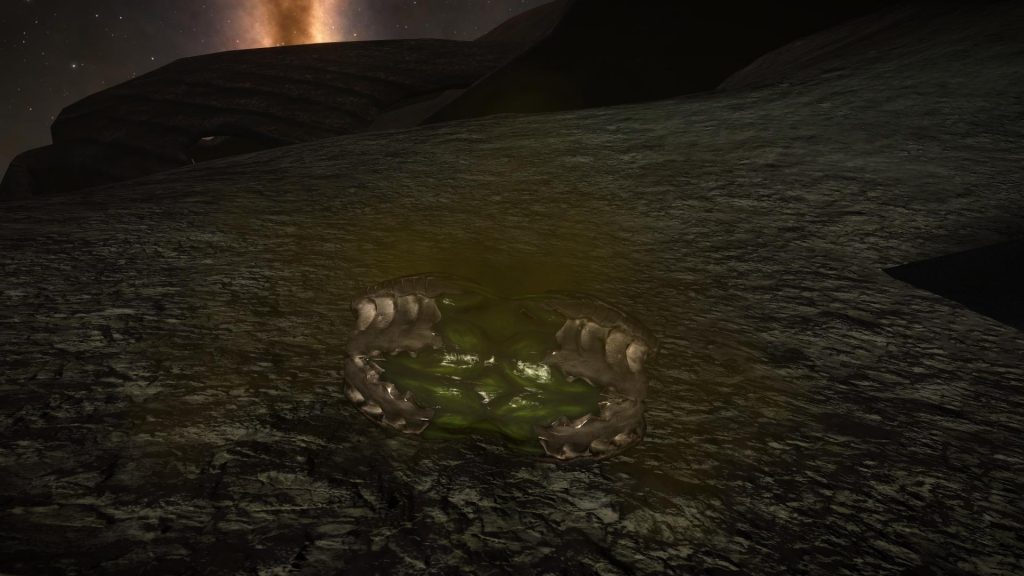 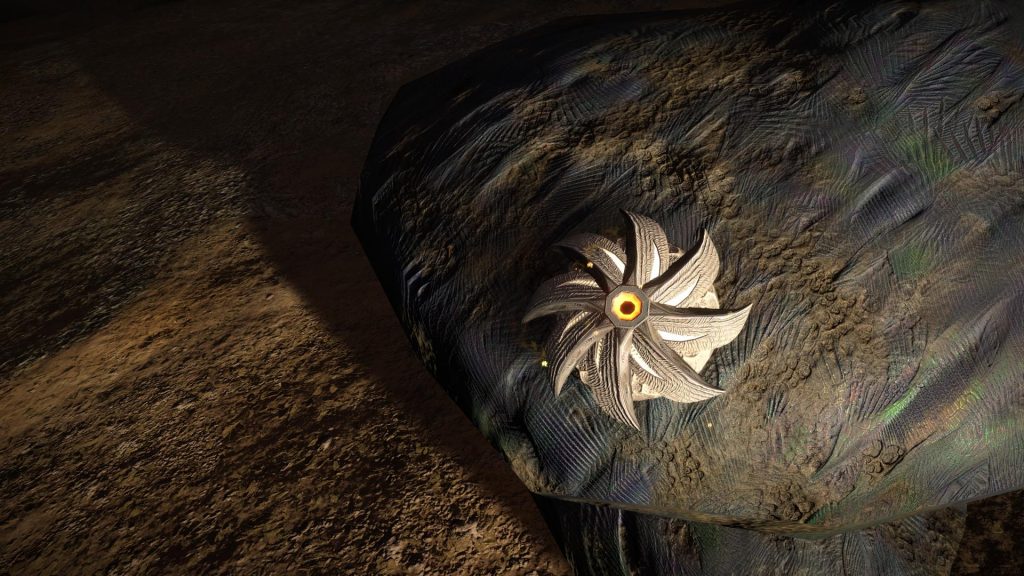 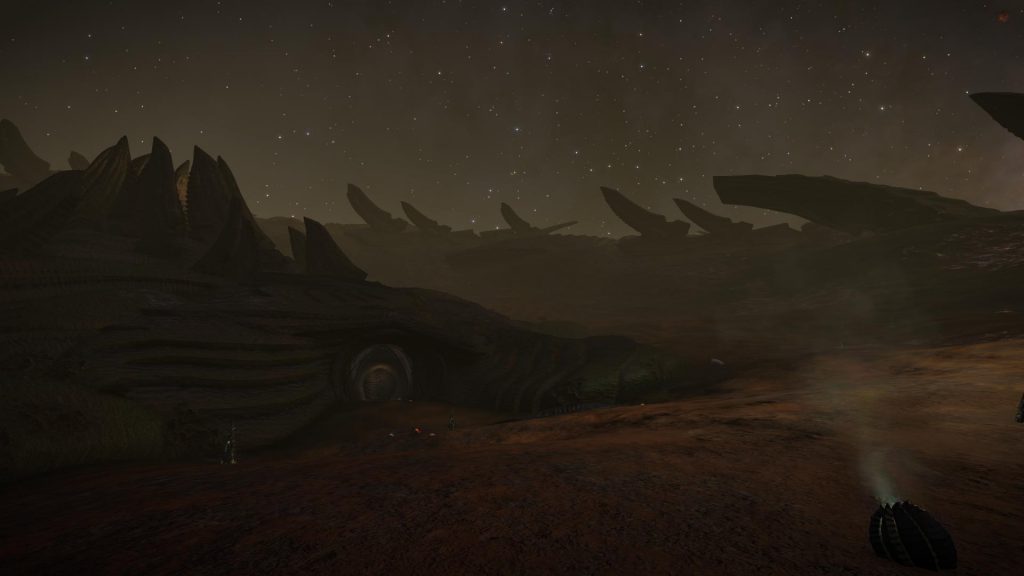 Even if the tunnels of many Thargoids bases are collapsed, there is an active site in good shape that we will use for this guide: it is here that we will continue our article (HIP 14909). Before you venture into the active base, I invite you to gather a Probe and an Artefact, otherwise you will not be able to process the information or even enter the doors.

Sample of the Discovered Thargoids Bases:

If you have an Unknown Artefact or Unknown Probe in your SRV, you will be able to open the tunnels’ doors. Then sink into the inside, taking care not to damage anything. You will find two rooms: one allows the crafting of Unknown Links and the other one allows to assemble your three unknown keys in order to activate the central device. 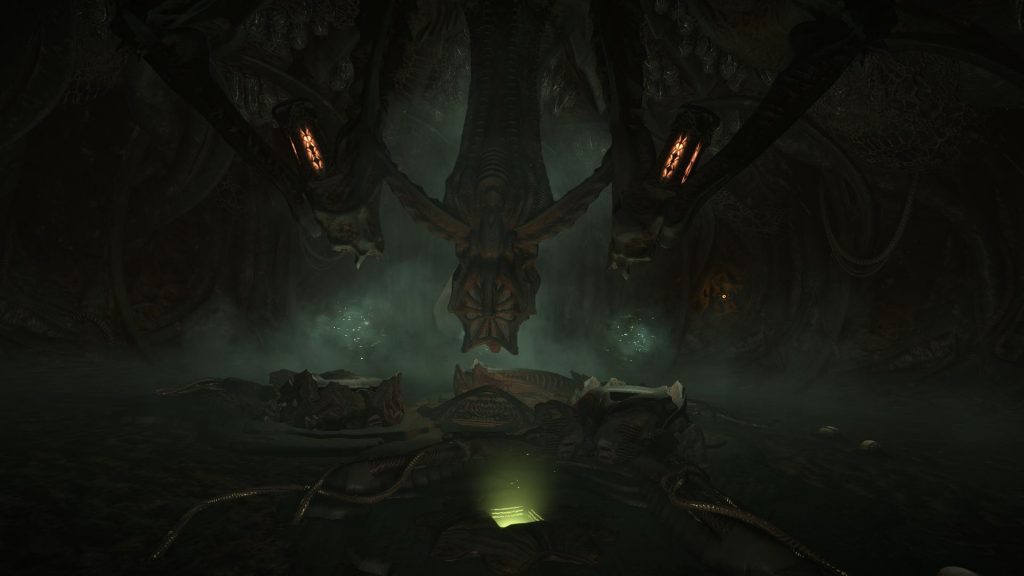 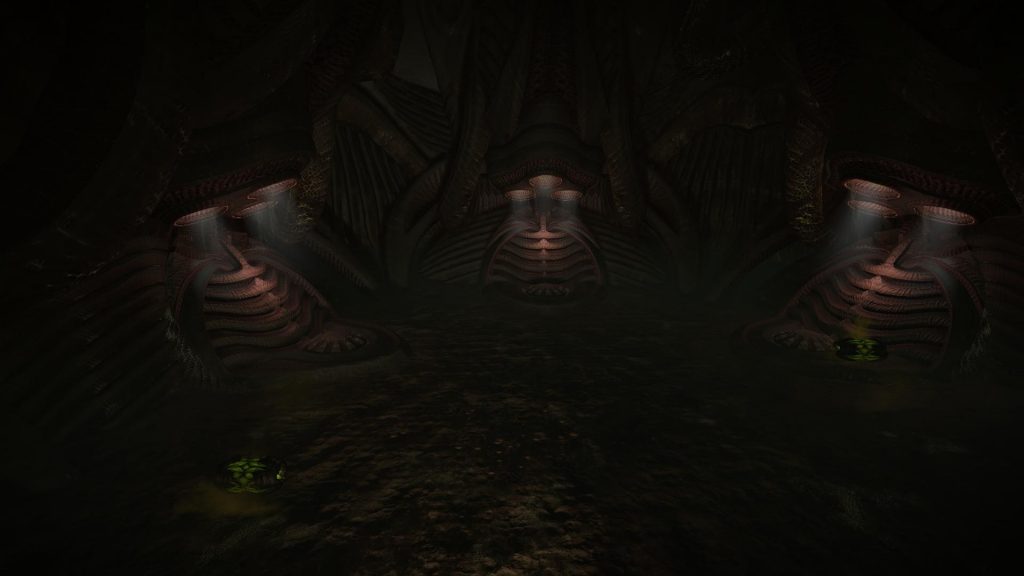 To gather the Links, place your Probe and your Artefact in the main room. Then go back to one of the two manufacturing rooms and approach the three tri-reactors to reveal the three links, one in each of the tri-reactors. Carry the UL (Unknown Link) into the central room.

Here, three holograms are displayed. If you drive on the floor plates in the center of the room, they will light up green and indicate which keys to place and where. The keys are obviously the Probe, Artefact and Link that you have already placed. Place them in each of the locations to load the reactor, simply drop your objects in the right place on the plates. These will then move automatically. The device will then analyze them by tinting red and then, bring out an enormous green map that could be the map of our galaxy. Do not forget to scan the Unknown Device at the center. 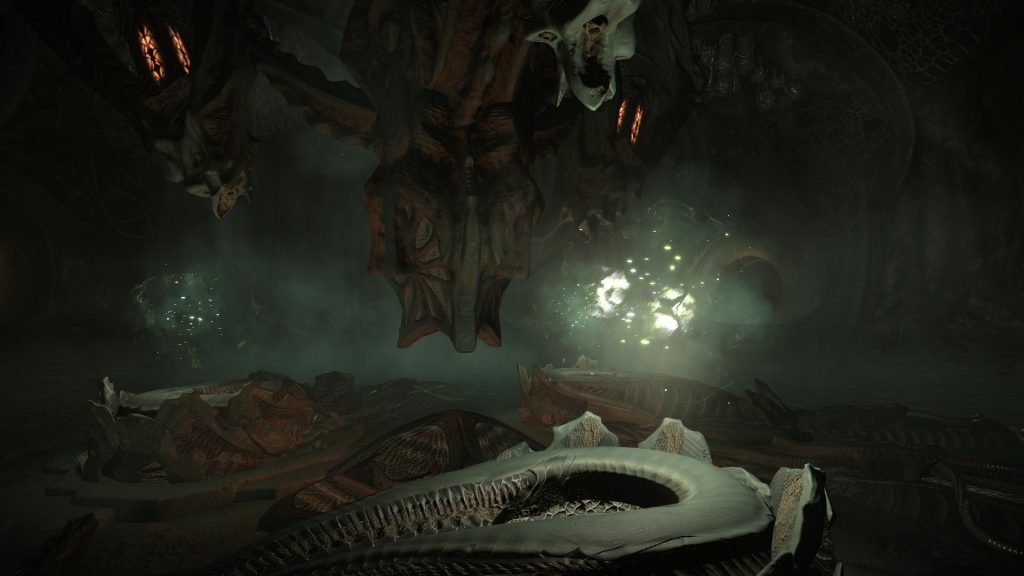 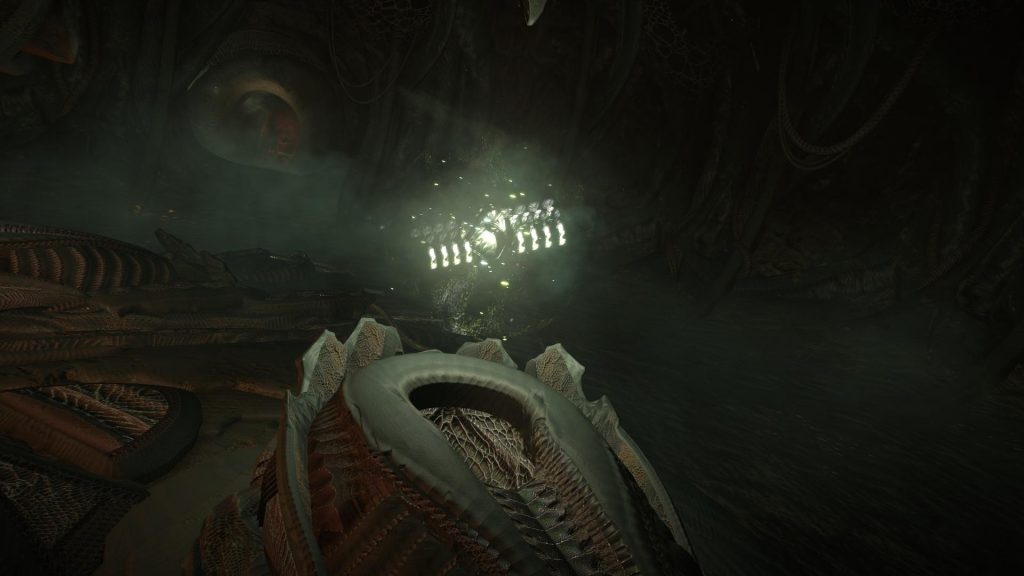 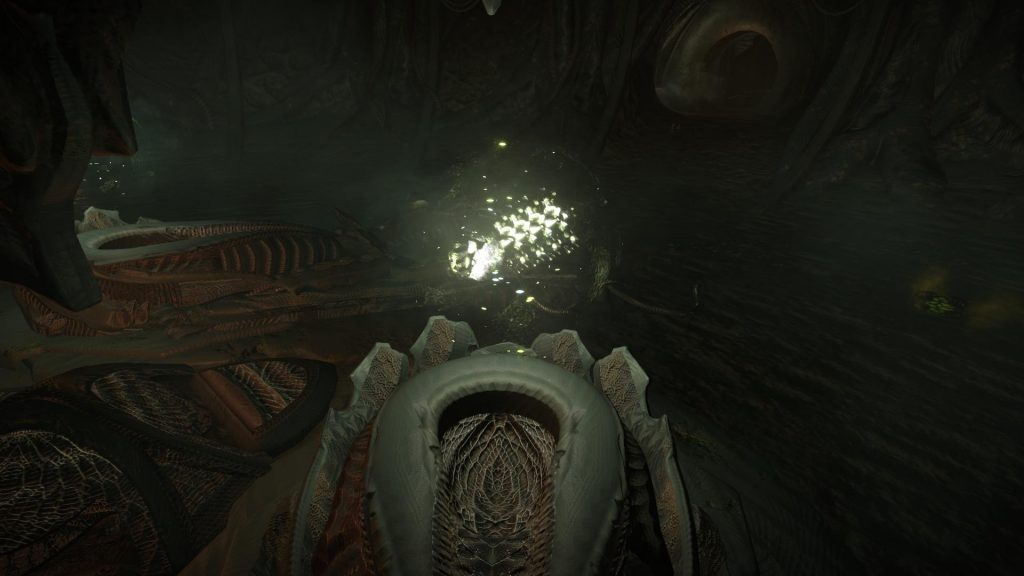 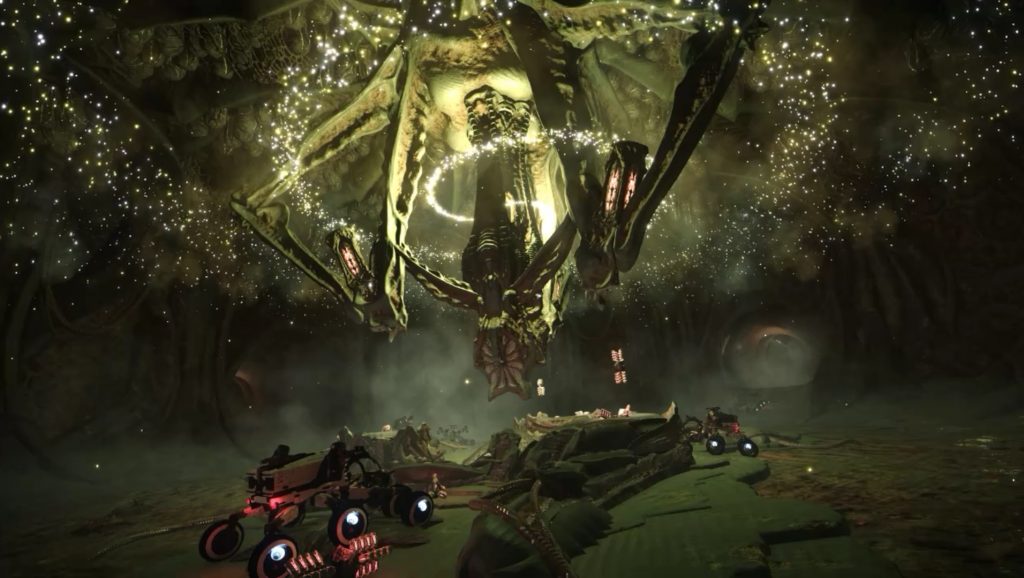 Origin of the Discovery

Explorers detected Listening Posts which, after triangulation of the uploaded data, announced a strange scan about a large structure on the surface. But the most striking facts come from the recently discovered Pandora and Victoria’s Song Megaships. The latter were on a scientific mission when they detected a large structure on the surface of a planet. As they approached, it appears that security ships opened fire on them and killed the crew. It is an assassination, in order to hide these discoveries. The data stored in these two Megaships have, after analysis, given a system name and a planet: the scientists-pilots went there and discovered these gigantic alien structures.

On-site, the research is conducted by hundreds of scientists from the galactic community. We found Scavengers, a kind of reddish little drones moving debris, meta-alloy peaks, strange eggs on the ground and on the walls of some tunnels, small fumaroles, some sorts of green boxes containing Thargoids materials like our canisters and an uplink communication system, the number of which varies from site to site.

Three data types can be retrieved: 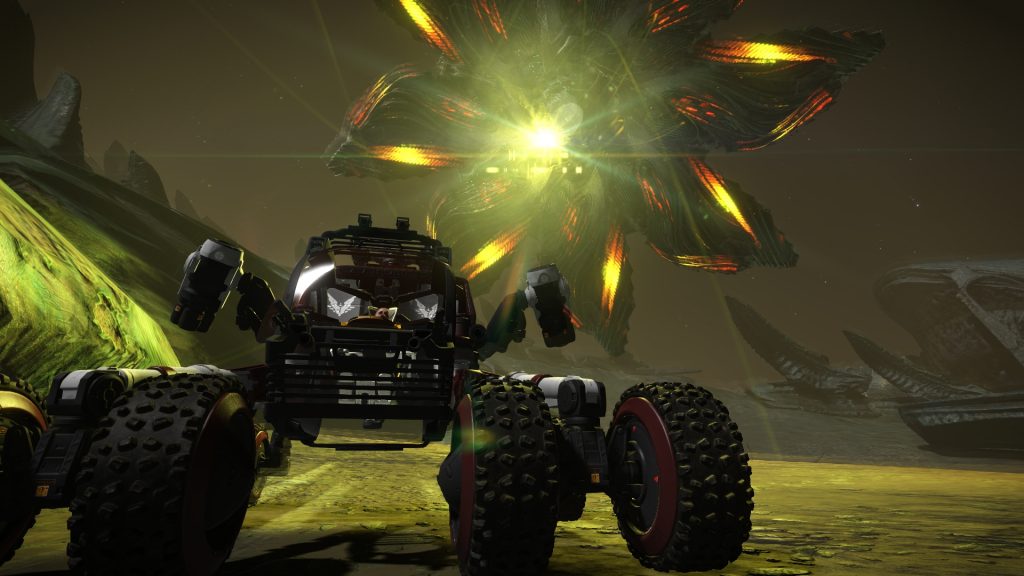 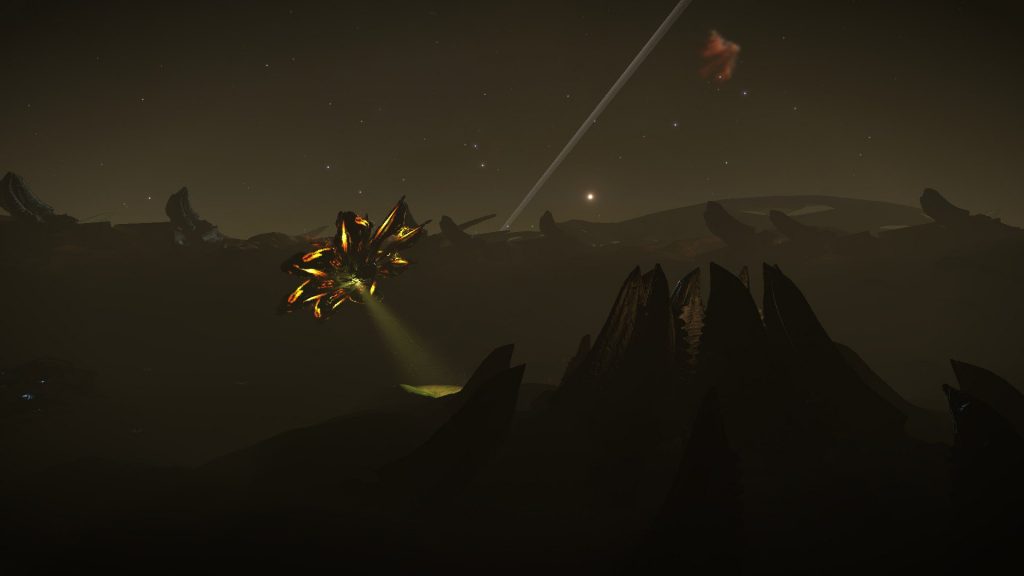 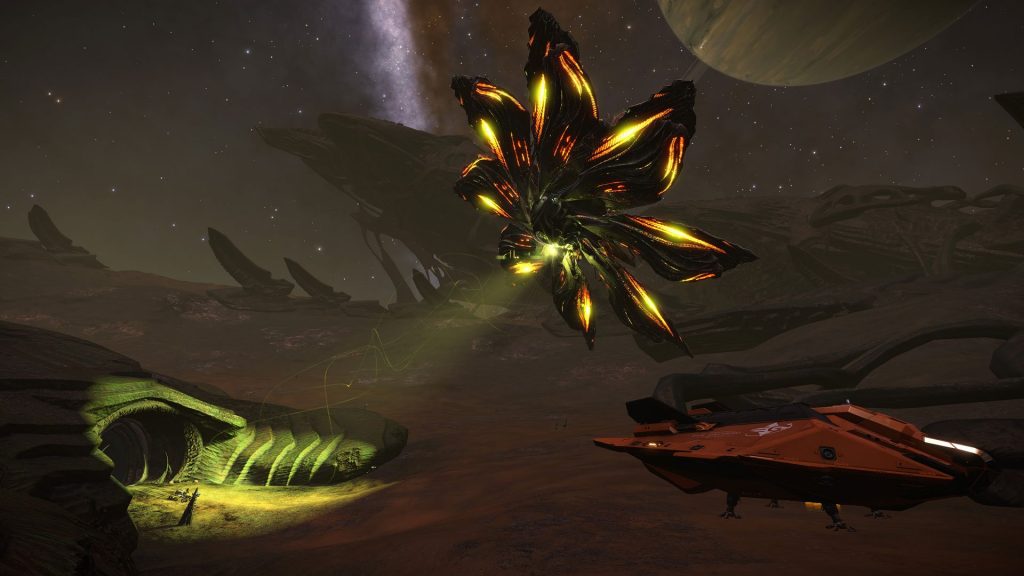 After performing the required manipulations in the structure, and activating the Unknown Device (UD) in the center of the main room, three messages are sent to the players. The latter contain an audio sample as well as textual information leading to other Unknown Structures. From here, all you have to do is go to the specified systems, jettison your Unknown Link (UL) and play the sample of the system. The UL will then react and indicate the position of the structure in this system. Go on-site, conduct your research and continue to investigate the structures!

We may have found the Thargoids ships attacked by the Federation and the Mycoid virus many years ago. The Thargons Scouts would look for these sites and signal them to the fleet while the Scavengers would continue to repair them, waiting for the rescue…

Also note that scientists have tried to mix Thargoid technology and Guardian technology… it didn’t end well. Are the two civilizations enemies? Would Thargoids be the organic AI developed by the Guardians? Read the story of the Guardians. 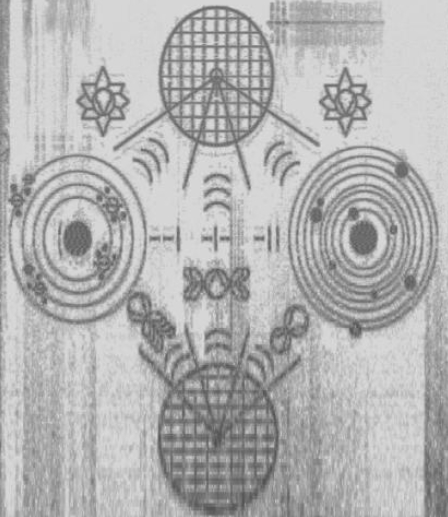 Audio deciphered by CanonnResearch, from the central Thargoid room

Science the sh*t out of it (God-level)

When the UL reacts to your audio sample, turn to face it and listen to the emission. You will hear audio segments of high and low tones on three different levels separated by buzzing and spacing. Take the video below as an example.

The message is the following, with L as “Low Frequency” and H as “High Frequency” : HLH HLH <buzzing> HHL LLL LHL.

Remember, three audio messages are given to you when you scan the UD. Let’s translate these three emissions thanks to the three audio samples:

We deduce the following assumptions from the above translations:

So, for sample 1 (for example), we want to look for a system that would be:

The scientist Neakas then tried to find these systems using his database (MongoDB) and executing SQL queries to find the appropriate systems thanks to EDDB… unfortunately every systems aren’t on EDDB, and only the reference 1 and 3 could have their systems (still secret for research purpose).

Thank you Neakas for these details, and the group Canonn with whom I study the structures 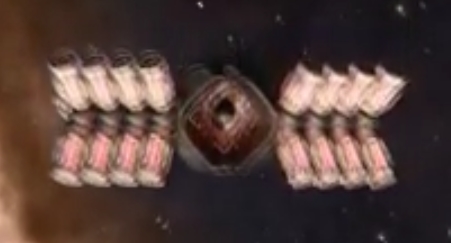 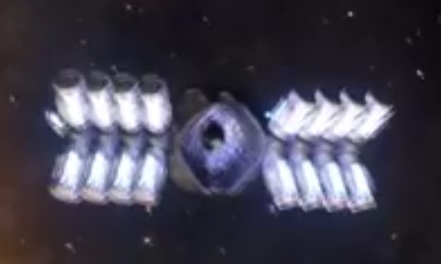 Are you making great progress in this exploration? Feel free to provide us with pictures, videos and fresh info! 🙂